Behind the scenes with the architects of the East End

From selecting glass as both a sustainable and symbolic material to considering the interdisciplinary implications of each building, designing the East End involved thorough attention to detail. Students can now observe these impressive details in design while walking to a lecture in McKelvey Hall, stopping at Parkside for lunch or throwing around a frisbee at Tisch Park. The East End was dedicated in October 2019, but arriving at the completed 570,000-square-foot landscape took years of planning, design and construction, about $360 million dollars and multiple teams of architects. 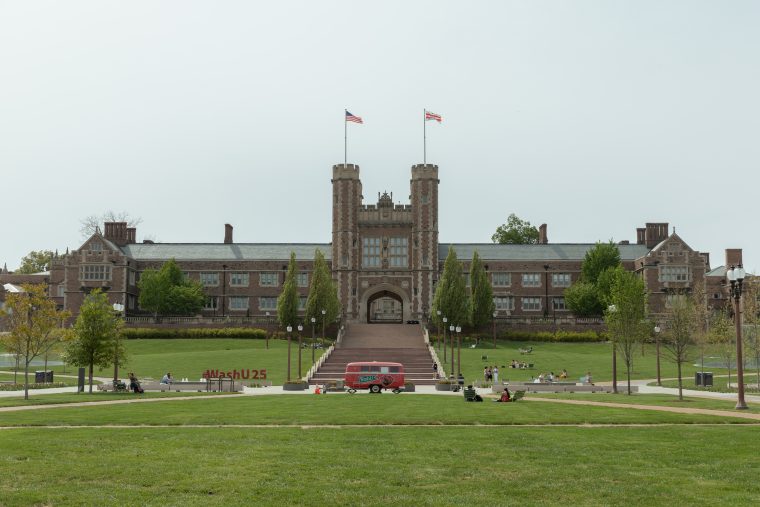 A team of architects from KieranTimberlake, led by project manager Marilia Rodrigues, first got involved with the East End project in early 2015. After half a year of programming, the design process took about a year, and construction began right after 2017 commencement. KieranTimberlake was in charge of Weil Hall, Sumers Welcome Center, Schnuck Pavilion, the Kemper Art Museum expansion, Tisch Park and the parking garage, among other infrastructure and utilities.

As part of creating a vision for the East End, Rodrigues and her team looked to existing Wash. U. infrastructure for inspiration.

“We start every project by asking questions about the site, about the history of the place, the program, trying to really understand what the building is going to be used for in the climate, [in the] environment,” Rodrigues said. “And it’s really those questions that… will serve as inspiration for the project.”

Rodrigues emphasized the importance of tying all elements of campus—the old and the new—together.

“It’s not a direct relationship, but it’s a more contemporary take on some of the things that you can observe in the rest of campus,” Rodrigues said.

One such example is what Rodrigues calls the “portals” at Weil Hall. The entry to Weil Hall is made up of these “portals,” stainless steel bars that frame the wooden door, and was created with inspiration from the rest of campus.

“It’s things like that where we observe and make those contemporary translations from the existing campus,” Rodrigues said. “It’s critical that a project of this scale needed to be woven into the existing context and become something that seamlessly integrates into what already exists.”

Another team of architects from Perkins Eastman took the lead on McKelvey Hall, the new East End building for computer science and engineering. Design for McKelvey began in 2017, and construction finished in November 2020.

Principal in Charge and Principal of Lab Design Steven Gifford shared that having to “catch up” to the rest of the East End projects, which had already started construction, proved to be a challenge for the McKelvey architects. Because of this, the team had to consider both blending McKelvey with the rest of campus and incorporating it into parts of the East End that had already started construction. On top of those factors, the architects included the visions of the deans of the engineering school, with a focus on designing a contemporary facility “for the future.”

“One of the most fascinating things about this building is the juxtaposition of the historical, academic Gothic facades and the completely modern facades of the building,” Gifford said.

The goal of creating an integrated campus extends beyond visual appeal. Project Designer Jennifer Romeo explained that one of their visions for McKelvey Hall was to create a space that encourages collaboration among students.

“[This is] an opportunity to collaborate across the campus, not just within the computer science engineering department, which is what this building is intended to support, but across disciplines,” Romeo said. 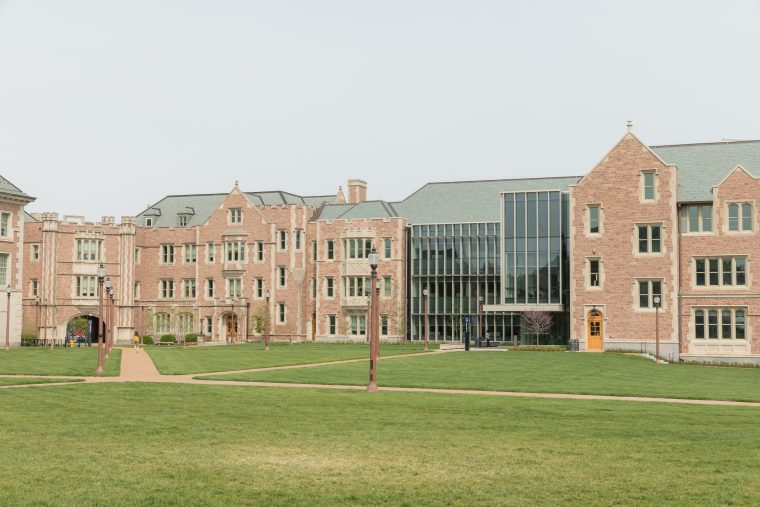 “Sustainability was another key factor in sort of driving the design, both exterior as well as interior components,” Raichaudhuri said. “We had glass on the north and the west facades, really designing for managing heat gain.”

Glass was a common theme throughout the design process. Washington University architect Jamie Kolker’s favorite feature of the East End is what he describes as the “shoulders of Brookings”—the two glass pavilions that frame either side of Brookings Hall. To Kolker, these transparent buildings are more than just interesting to look at; they symbolize both looking back upon history and looking forward to the University’s future. Glass accomplishes this, Kolker said, by using a contrasting material to complement the other buildings and create a cohesive look for the East End.

“[We showed] them some of the spaces like Holmes Lounge or Brookings Quad, the quad at McMillan Hall, Umrath, Olin Library [and] how it glows at night,” Kolker said. “It’s one of our most transparent buildings, and clearly, we made transparent buildings at the East End that we don’t really have on the Hilltop other than Olin library, so we would look at that together and talk about that.”

While the glass pavilions are Kolker’s favorite feature due to their sustainability and their symbolic nature, other architects had a harder time choosing just one favorite building.

“It’s like picking children,” Rodrigues said with a laugh.

While maintaining a cohesive vision was essential to the vision of the East End, giving each building its own “unique character” was especially important for Rodrigues. The architects’ close attention to detail allowed each building to be designed with individual personality and purpose.

The architects envision students using the East End space for both outdoor and indoor activity as well as interdisciplinary cooperation. Communications Director for the East End Jane Kojima has already seen this in action.

“As the construction workers took the fence panels away, people who were walking east from the Hilltop towards Skinker who were on the paths, who, if they had shown up an hour before, would have been redirected to a detour, just kept going straight like it had just always been there,” Kojima said. “It was amazing.”