Yes, WU junior Jordan Nagai played Russell in Disney-Pixar’s ‘Up.’ And no, he doesn’t mind talking about it.

Jordan Nagai has hiked Mt. Fuji—twice. That’s his go-to fun fact during a typical club icebreaker introduction. Or he might tell you that he’s a second-degree black belt in the martial art form judo, or that he plays piano, guitar and saxophone. What Nagai won’t tell you? That he was the voice actor for Russell, the main character for the enormously popular Pixar movie “Up,” which won Best Animated Feature in 2010.

It’s not that he doesn’t like talking about it—even though Nagai says that people have assumed that before—it’s just that he feels strange introducing himself that way.

“I never really bring it up myself to people when I meet them,” Nagai said. “I didn’t want people to try to become friends with me or treat me differently because of it.” 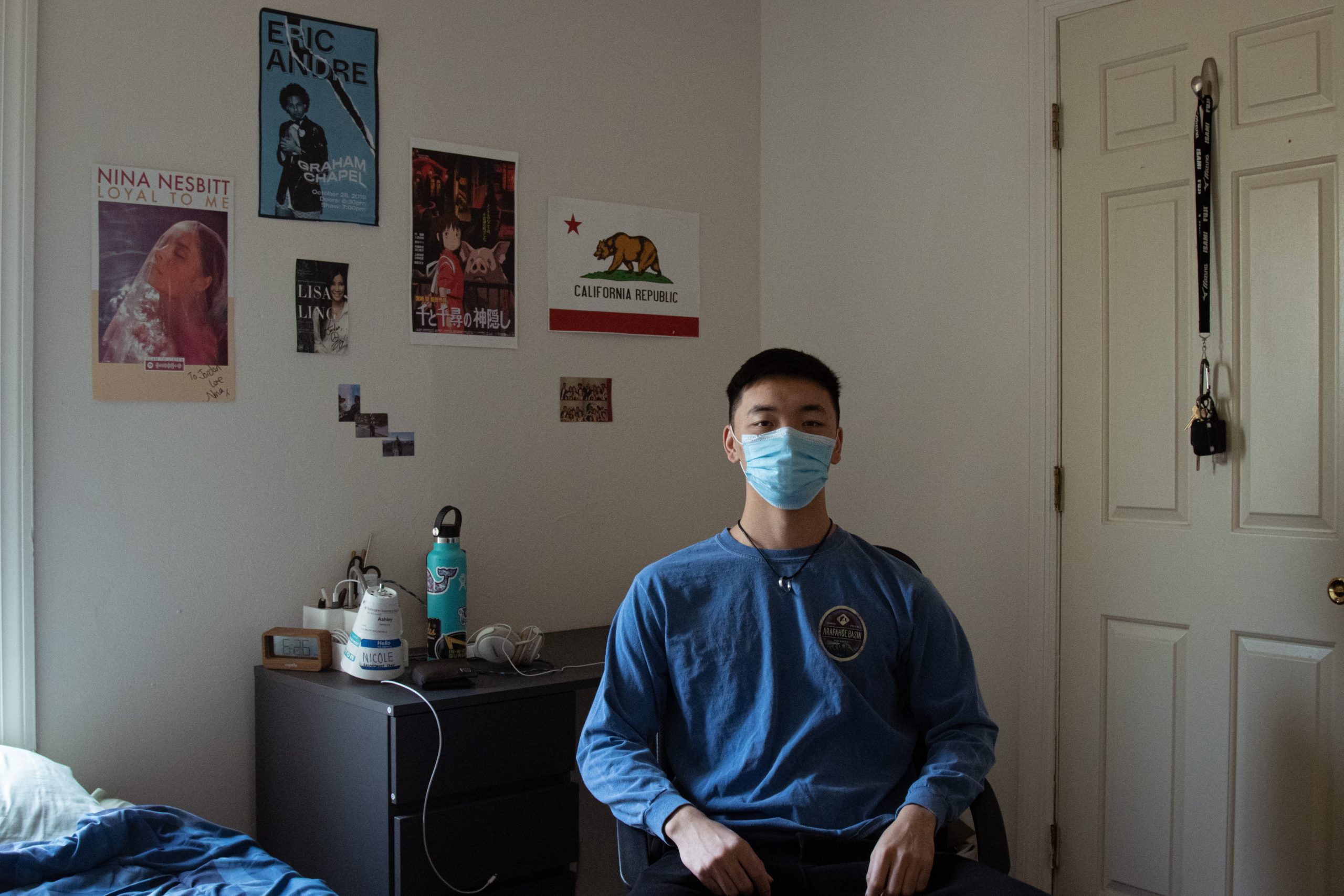 Nagai, who is a junior at Washington University, admitted that people usually find out sooner or later, either by word of mouth or by his own volition after he’s become close friends with someone already.

Overall, however, Nagai is pretty nonchalant about the whole business, partly because pursuing acting wasn’t an uncommon extracurricular in his hometown of Los Angeles.

“A lot of kids from LA do random commercials and stuff to see if they are meant for show business,” he said. Nagai was pretty neutral about acting, even while actively auditioning. “I kind of just accepted it as part of my childhood,” Nagai said.

Though as a kid he was committed to an agency, Nagai’s parents only found out about the “Up” audition through a flyer passed out at his Japanese school. Nagai’s older brother, Hunter, decided to try out, and Nagai tagged along. Though Nagai was a few years younger than the advertised age––only seven years old at the time—the casting director asked him to audition with the other 500 Russell hopefuls.

In a 2009 article for the LA Times, director Pete Docter said that the casting crew knew Nagai was the perfect actor for Russell when they heard his audition tape talking about judo.

“They brought the tapes up to Pixar and we listened to like 35 tapes,” Docter said during the LA Times interview. “As soon as Jordan’s voice came on we started smiling because he is appealing and innocent and cute and different from what I was initially thinking.”

Nagai remembers that his parents were ecstatic when he got the role. Yet true to his character, Nagai didn’t share much of their enthusiasm for his new job.

Even though the recording took place over a decade ago, Nagai has vivid memories of the room he worked in, the director and, of course, the catering.

“I remember the chocolate strawberries really well,” he said.

As a kid, Nagai was a little shy to say his lines, but he recalls the creative ways that Docter got him to work up the right energy for the role.

“Sometimes he told me to run around the studio a couple times if I needed to deliver a line that [needed to] be out of breath,” he said. Nagai also remembered at least one occasion where Docter would hold him upside down and tickle him in order to make him authentically laugh.

An adorable YouTube video showing the voice recording process can easily be found by Googling Nagai’s name, a fact which Nagai is well aware of.

“I feel like everyone I’ve met that knows has immediately found that video,” he said.

The voice recording took two years, with Nagai in the studio about once a month for sessions that would last up to five or six hours. Once Pixar released the movie, in May of 2009, it immediately became a hit, gaining attention from an audience that spanned from young kids to New York Times film critics.

In Nagai’s world, however, not much changed. Since he attended a small private elementary school, where everyone knew everyone, his movie role wasn’t groundbreaking news. And since the film is animated, he wasn’t recognized on street corners or in grocery stores like a typical movie star might be.

Nagai did get to visit the Pixar store, was showered in “Up” merchandise and has received annual Christmas cards from Docter—all things he considered perks, not fame.

When Nagai broke out of his LA-school bubble and came to Washington University, he was surprised to realize that students in his grade had figured out his background. Someone had recognized his name and sent a message in the class of 2022 group chat before the school year, which resulted in a semi-famous status during Nagai’s first years. Though Nagai wasn’t in said group chat, he realized what had happened after kids in his grade began to approach him.

“Freshman and sophomore year people would come up to me, but I think it’s I think it’s died down a little,” Nagai said. Since then, the rumor around campus is that Nagai doesn’t like talking about his past acting career—which isn’t true. “A lot of people got the misconception that I really didn’t like talking about it and it really annoyed me or angered me if people brought it up,” he said, noting it doesn’t bother him when people ask questions.

Since his stint as Russell, Nagai has been in only a couple of other things, including an episode for the Simpsons and the “Up” video game.

He looks back on his time as Russell with a positive lense and most recently, is extremely grateful for the paycheck that came out of playing the role.

Looking forward, Nagai is pretty sure that he’s not returning to acting any time soon. Instead, he’s focused on obtaining his degree––in Biology and Healthcare Management––and going to medical school, where perhaps he can finally put a Russell line to good use: “Good afternoon sir. Are you in need of any assistance today?”