The decision comes just over a year after former Athletic Director Josh Whitman departed Wash. U. for Division I University of Illinois Urbana-Champaign.

Since Schael, the title’s namesake, retired in January 2014 after heading the athletic department for 36 years, the position has seen three years of turbulence. Though Whitman’s tenure showed promise, his stay was brief, as his alma mater Illinois drew him away from Wash. U. within two years. Over the past 12 months, the role has been filled on an interim basis, with Justin Carroll departing before facing child pornography charges and his replacement Chris Peacock set to continue at the helm through June 30. 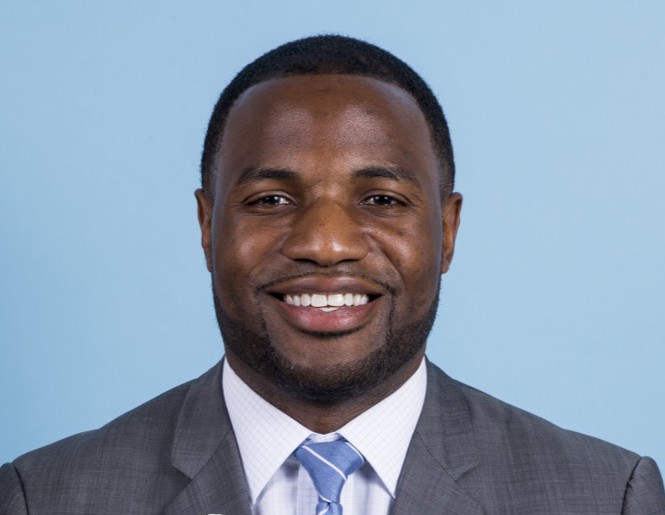 Anthony J. Azama was named as the new Athletics Director this week following the departure of Josh Whitman earlier this March. He previously held positions at Columbia University and Miami University.

About 95 applicants vied for the opening before a search firm identified and recommended the 11 strongest candidates in December. Each of the 11 completed an hour-long on-site interview in St. Louis last month, and then the field was narrowed to four. The final four spent about two days on campus meeting with faculty and students before Wash. U. settled on Azama.

According to White, who ultimately made the hire, Wash. U. approached the process with patience in order to be as diligent as possible before appointing a permanent replacement.

Azama plans to proceed with similar care. When asked about his vision for Wash. U. athletics, Azama said that he first wants to take time to understand the community and its needs before determining the best course of action.

“It would be premature to say, ‘Hey, this is what we’re going to come in there and do,’” Azama said. “What I need to do is really listen and ask really good questions and really understand the culture so we can figure out how best we can continue this success and even take it to the next level. So I’m going to be meeting with a lot of people within the athletic department, a lot of people on campus, as well as people in the community so I can get a better snapshot on: What are the immediate needs? What is more long term? And then, what role do they really need internally, externally in the next athletic director?”

After losing Whitman—as well as former women’s basketball head coach Nancy Fahey—to the Fighting Illini, the Bears take some talent back from Division I in Azama, who has spent the past two years at Columbia University. Azama believes that Columbia’s approach to athletics has prepared him to lead the Red and Green’s like-minded program.

“Here’s the lucky part that I’ve had in being at Columbia,” Azama said. “The Ivy League has a Division III philosophy—they’re just lucky enough to be able to showcase and compete at a Division I level. All of our decisions are based in the core foundation of the student-athlete experience.”

With that experience at the heart of the decision, Wash. U. wanted to ensure that student input was being considered in selecting its new athletic director. Included in the roughly 15- to 20-person search committee were two varsity athletes and another student who is involved in club and intramural sports. One of the varsity athletes, junior Megan Wolf of the women’s soccer team, felt that their voices were heard.

“People on the search committee were very willing to listen to what we had to say,” Wolf said. “The student voice was definitely something that they wanted to hear and they wanted to make sure that student athletes would be excited with the new athletic director, since it basically is their job to help student-athletes first and foremost.”

In particular, Azama’s ability to connect with student-athletes stood out to Wolf. Azama played collegiate football at Vanderbilt University, an institution comparable academically to Wash. U.

“He understands the importance of balancing academics and athletics and the toll that that might take on student-athletes,” Wolf said. “Having someone in that high position that understands what the student-athletes are going through makes a huge difference because…he knows what we want before we really even need to vocalize it.”

Aside from varsity teams, a key focus of the athletic department in recent months has been on recreational athletics, highlighted by the October unveiling of the Gary M. Sumers Recreation Center. White stressed that it was a priority that any potential new athletic director be the best choice for the student body at large, not just varsity athletes.

Wolf came away with the perception that Azama’s personality lends itself to making sure that happens.

“He’s really good at synthesizing information that’s given to him and then putting forward different solutions,” Wolf said. “There were tons of times in the interview process where we would just give him little tidbits of information about Wash. U. and he already had a bunch of different small ideas just for moving forward that would help the athletic department.”

The most impressive part of Azama’s resume might be his experience marketing brands and generating sales. At Columbia, Azama drove the program’s rebrand, resulting in record revenue totals. White thinks he has the ability to use those skills at Wash. U.

“[Azama] has great ideas about ways in which we can generate more student involvement and support for intercollegiate athletics on campus and also will help connect with alums and other supporters to help us continue to raise external funding for athletics,” White said.