Whitman departs after spending the past 18 months at the helm of the Wash. U. athletic department. His tenure with the Bears has been defined by aggressive expansion in both administrative structure and fund-raising. 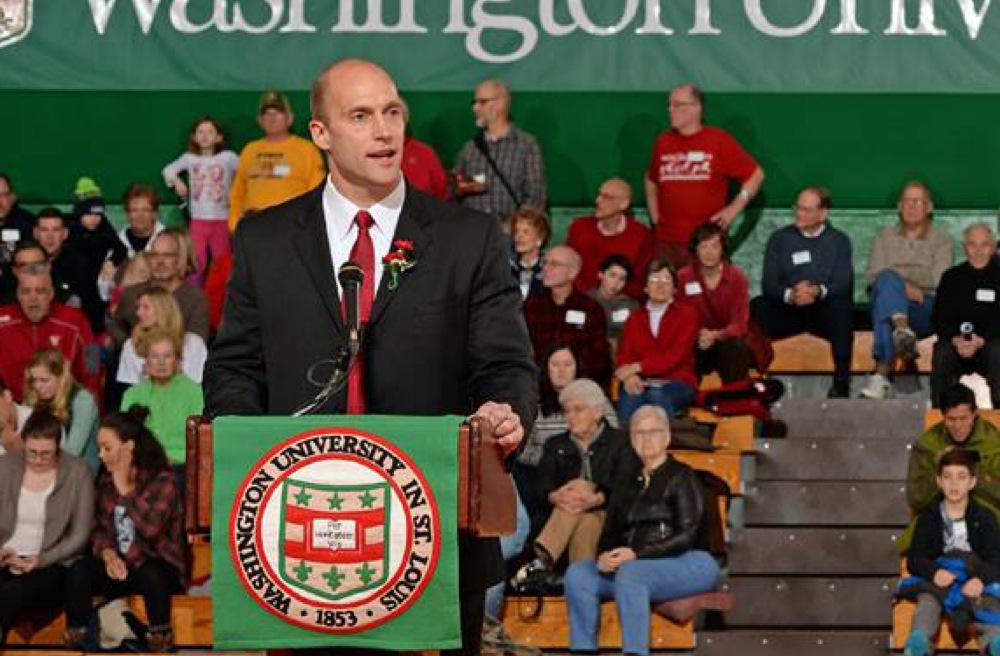 In a statement released by the Wash. U. athletic department, Whitman, an Illinois alumni and varsity football player from 1997-2000, justified his departure and thanked the University.

“There is only one place in the country that would draw me away from the inspiring collection of people and opportunities at Washington University: the chance to return to my alma mater, the University of Illinois,” Whitman wrote. “Please know that although I might be wearing Orange and Blue, I will always have a special place in my heart for the Red and Green.”

Whitman had been named as a potential candidate for the vacant Illinois athletic director position. His candidacy gained serious consideration on Monday when the field was narrowed to Whitman and sitting Florida Atlantic University athletic director Patrick Chun.

While Whitman lacks extensive experience in Division I administration, his track record at Wash. U., his four-year stint as athletic director at the University of Wisconsin-La Crosse before arriving to Wash. U. and his strong ties to the Illini community have all been reported as major factors for his selection.

Once on the Urbana-Champaign campus, Whitman will need to begin building a Big 10 athletic program that has been marred by mismanagement and irrelevancy. Whitman’s predecessor, Mike Thomas, served as athletic director for four years before his abrupt termination in November following a pair of player abuse scandals surrounding the football and women’s basketball teams.

It’s a highly politicized position and, after three months of searching, the decision to hire Whitman has already attracted national coverage from major news outlets such as ESPN, Bleacher Report and CBS.

It is unclear what the administrative structure of the department will look like once Whitman departs. The last time Wash. U. changed athletic directors was the summer of 2014 when 36-year athletic director John Schael retired. Whitman stepped in a month later, without the need for an interim. Chris Mitchell, assistant athletic director for communications, indicated that the administration was prepared for this outcome. Deputy Director of Athletics Chris Peacock and Associate Athletic Director for Varsity Programs Sara Burton are both Whitman hires and are the next two rungs down in the chain of command.

Beyond administration, Whitman had an impact shaping the athletic culture of the University.

“With Josh here the last few years, it’s been more like, ‘I am a student athlete,’” thrower for track and field, junior Betsy Wiener said. “I feel like it’s a real program and not just a really awesome extracurricular.”

To cultivate this attitude, Whitman devoted resources toward outfitting the athletes with apparel and equipment and improving the facilities with them in mind. One change Wiener noted that the track and field team was particularly grateful for was the hiring of Terry O’Neill, the program’s first-ever strength-and-conditioning coach.

However, these sweeping changes Whitman enacted are just beginning to take root, and there is a fear that without him at the helm, many will lose momentum.

“[Illinois] is a wonderful opportunity for him and I completely understand why he would want to take this position,” Weiner said. “But he came in saying, ‘We, us, our.’”

“We, us, our” refers to a mantra reiterated in Whitman’s annual 600-strong speech addressed to the roughly 500 varsity athletes and 100 department staffers. Each year, Whitman would outline the direction of the program and galvanize hearts toward that greater goal.

While many of the athletes are disappointed with Whitman’s departure, there is an understanding that an opportunity to lead a Division I alma mater was too enticing to pass up.

“My initial feeling was taking it personally, like he was walking away from us,” Ricketts said. “But taking a step back, this is a really big opportunity for him…This is what’s best for him. We need to be more excited about it [rather] than upset.”

Long-time men’s basketball coach Mark Edwards probably knows better than most people the temptations of returning home. Edwards left his position as an assistant coach at Washington State University’s Division I basketball program to restart the Bears’ program back in 1981.

“One of the things Washington University is very good at is hiring good people,” Edwards said. “If you talk to any of those people, you’ll see that that a lot of them have been [here] a long time, and it’s because this is a great environment and culture to work in. In Josh Whitman’s case, he discovered that, and it was very tough for him to take this [Illinois] job, but it’s going home to his alma mater…I can relate to that, because that’s exactly what happened to me 35 years ago.”