When sophomore Scott Massey learned that students wouldn’t be returning to Washington University this semester, his immediate thought was to connect with his campus religious community. One of the main reform service leaders at Hillel, Massey quickly texted Rabbi Jordan Gerson to express interest in creating a form of worship experience over the internet. 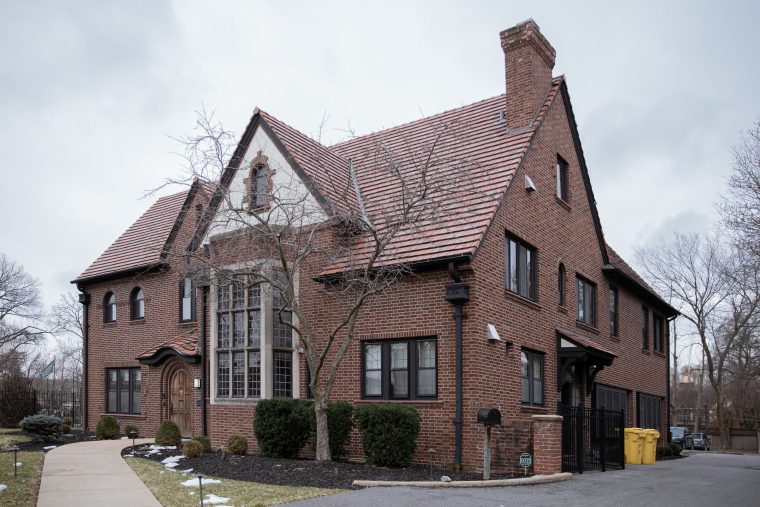 The next day, Massey and Gerson decided to stream services over Facebook Live. When Gerson asked Massey if he’d be able to lead a Shabbat service the next day, Massey, who was about to drive home to Philadelphia from a trip to Nashville, felt that the timing, though inconvenient, was just right.

“In that moment, I realized that that day was so important,” Massey said. “Because everyone was hurting so much. And I think, yes, the situation’s getting a lot worse now. But I think everyone’s kind of settled into the reality at this point, whereas a week ago, we were still in kind of that shock mode. And that’s when I realized that it would have been very important
to have led some sort of worship online at that time.”

Massey drove home through the night, arriving in Philadelphia at 8 a.m. Friday, March 13. By that evening, he had prepared a full service, which he streamed at 7 p.m. That video now has over 450 views.

“The group of people who could potentially tune in is so much larger,” Massey said of his virtual services. “It kind of crosses the boundaries of just Wash. U.”

Just as professors have spent the last couple weeks converting their courses to an online format, campus religious organizations have been doing the same with their programming. In addition to streamed services, Hillel offers check-in office hours with Gerson and feminist Torah study discussions over Zoom.

“The challenging time that we’re facing is also an opportunity to think outside the box and create things that are new and meaningful and relevant,” Gerson said.

For both Hillel and Chabad on Campus, the Jewish holiday of Passover is a major aspect of spring programming. Chabad Rabbi Hershey Novack said that he is working to create a virtual masterclass on hosting a Passover Seder.

“We’re going to tell young people to celebrate in their own homes and with their own families,” Novack said. “We hope they can bring some of the Chabad spirit with them, but at the same time, we won’t be together.”

Chabad’s online programming has so far included a livestreamed challah bake and workshops such as “How You Can Make a Difference in Your Community During Coronavirus,” led by juniors Alli Hollender and Daniel Peters, who are currently organizing volunteers in their hometowns to help with tasks such as grocery shopping for elderly people.

Peters expressed the importance of maintaining the strength of the Chabad community during this time of separation.

For Muslim Students Association (MSA) co-president junior Hamza Jalal, connecting the community is more vital than ever, especially since the class of 2020 is about to complete their time at Wash. U. The MSA plans to host its weekly lecture series on performing prayer over Zoom.

“We’re hoping that it’ll provide members of our community with the opportunity to engage and see one another on a more consistent basis for the rest of the semester,” Jalal said. “And though it may be virtual, we at least hope it’ll help keep folks together and give them a sense of community despite the difficult circumstances.”

Jalal noted that the MSA had been working to accommodate students who would be observing Ramadan on campus this semester, which begins the evening of Thursday, April 23. Now, he said, students will be able to spend the sacred month with their families.

“One of the big things that as Muslims we’re taught to do in Ramadan is to develop a sense of gratitude,” Jalal said. “And with everything that’s happening in the world, I think now’s a good time for us to take a moment to reflect.”

At the Catholic Student Center (CSC), Father Gary Braun reflects on the current state of the world through sharing “Thought of the Day” videos on Facebook.

Striving to be as “available as [it] can to students currently all over the planet,” Braun noted that the CSC is livestreaming programs such as Virtual Centering Prayer, Virtual Rosary and Sunday Mass, which reached over 1,000 users on Sunday, March 22. To Braun, these programs serve as a way to find peace in a time of uncertainty.

“Nothing’s certain or permanent,” he said. “And all the world religions agree about that….and the sooner we come to grips with that, the sooner we befriend that reality, we can live within it with great wisdom and peace.”