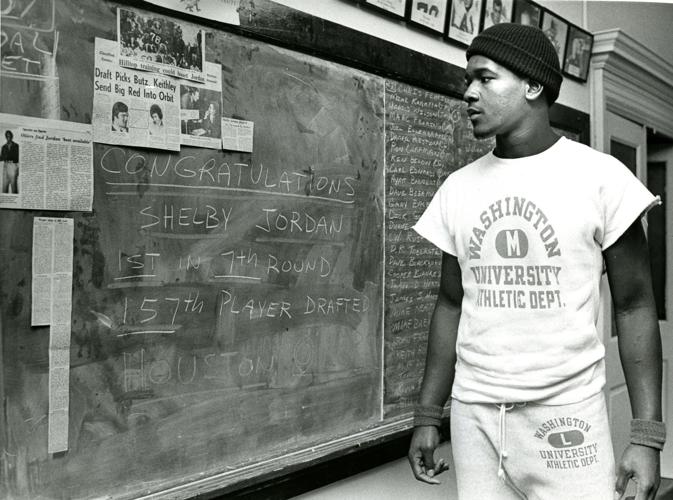 Shelby Jordan, a Washington University alum who played in the National Football League (NFL) for 11 years, passed away on Sept. 9. Both the College Football Hall of Fame and the New England Patriots broke the news in statements released on Friday.

Jordan was born in 1952 in St. Louis, and graduated from East St. Louis High School in 1969. That same year, Jordan began his football career at the University. From 1969 until 1972, Jordan led the WashU football team in tackles as a linebacker.

After getting drafted and then cut from the Houston Oliers in 1973 during training camp, Jordan transitioned to playing the offensive tackle position for the New England Patriots in 1975. He proceeded to play for the Patriots for seven seasons, starting in 87 games and playing in 95.

In 1983, Jordan signed a four-year contract with the Los Angeles Raiders and was with the team in their 1984 Superbowl XVIII win against the Washington Football team. Jordan retired in 1986 and in 2013 received the honor of being elected to the College Football Hall of Fame; he was the first WashU alum to receive this distinction since Harvey Jablonski in 1978.

According to former WashU head football coach Larry Kindbom, who served in the position from 1989 until 2019, Jordan frequently reminisced on his years at the University, revealing that despite his illustrious professional career, his “greatest experiences were right here at Francis Field.” 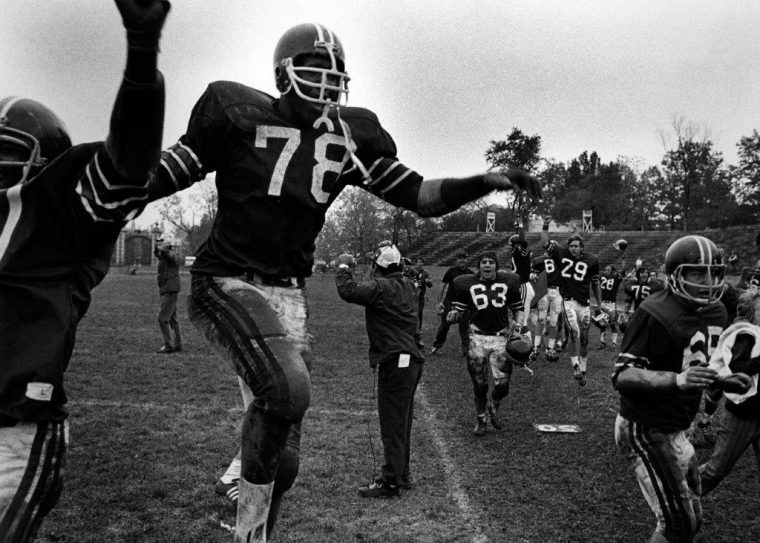 Shelby Jordan on Francis Alumni Field during his time as an athlete at the University. Photo courtesy of Larry Kindbom.

“He gave back to the University because of what he felt the University had given him,” Kindbom said. The coach named Gloria White, Bill Danforth, and Mark Wrighton as some of the University staff that impacted Jordan greatly.

Since the day that Kindbom started his position at the school, he said that he saw firsthand the positive impact that Jordan had both on campus and on the football team’s morale.

Kindbom said that Jordan would come to campus to connect with the football players over the years and since Jordan was a cherished alum, his advice was well-received.

“[He] was instrumental in getting into [the players’] mindset,” Kindbom said. Jordan was able to  provide the kind of motivation that Kindbom said helped lead the 2016 team from two losses to winning the rest of their games that season.

Jordan played at WashU during the national fight for racial equality in higher education, and Kindbom said that Jordan’s identity as a Black man on the team was important for generations of football players that came after him.

“Shelby came in an era where WashU didn’t have a strong population of color,” Kindbom said. “His impact was more than the fact that he went to the NFL. Shelby “[broke] ground here at Washington University.”