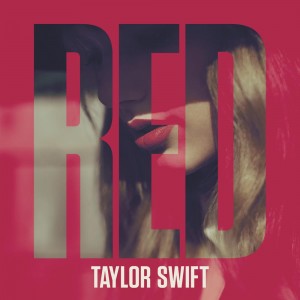 for fans of
Top 40 Music
singles to download
‘I Knew You Were Trouble,’ ‘We Are Never Ever Getting Back Together,’ ‘The Last Time’

It’s safe to say that “Red” is Taylor Swift as you have never heard her before.

When “Speak Now” was released, the same chord progressions were stretching their usability thin, and I was sick of how whiny Swift had become. I described her songs as “a chick flick in three minutes or fewer,” something to be enjoyed with a pint of chocolate ice cream. You would think then that when the first single in “Red,” “We Are Never Ever Getting Back Together,” was released, it was the bane of my existence.

“Red” is refreshingly upbeat, and it is a relief to see Swift stand up for herself. Personally, I found the first single hilarious (her tone of voice when she sings, “We haven’t seen each other in a month/ When you said you needed space, what?”) and mockingly self-aware (“Find your peace of mind/ With some indie record that’s much cooler than mine”). The whole album, in fact, has a comparatively new sound to her previous offerings. Her voice, recognizable as ever, is set against pop instrumentals, bright electric guitars and upbeat drums.

After listening to the entirety of the album, it’s grown on me. A couple of songs, such as “22,” irked me at first, but their rhythm is catchy, and now they put me in a good mood. The end of “Stay Stay Stay” clearly states how much fun Swift had recording the song, but the lyrics and the upbeat melody do not mesh. I will say that, in addition to “We Are Never Ever Getting Back Together,” the dub-step of “I Knew You Were Trouble” and the smooth blending of her voice with that of Gary Lightbody (of Snow Patrol) in “The Last Time” caught my ear quickly. I appreciate Swift’s experimentation with collaboration and new instrumentals, even though her lyrics remain on the shallower side.

But while this is album is a sign of growth for Swift, is it really surprising? With the gradual release of singles, a healthy mix of super-shallow and medium-depth songs accented with catchy melodies were what I expected. I will give her credit where credit is due: she doesn’t sound like a whiny teenager anymore. Just a jaded 20-something.