Whalebait and Malkovich: The weirdest Subreddits 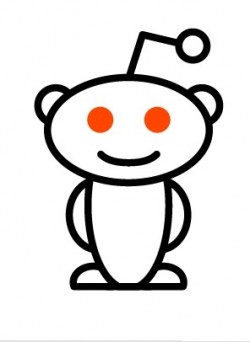 What is Reddit? The easiest way to describe Reddit is to call it a news aggregator. Visitors submit news stories and other knick-knacks, like pictures and cool websites, which are then voted and commented on. The stories with the most “upvotes” receive the most visibility.

But that definition of Reddit has no heart. In reality, Reddit is a growing community of shy, witty and charitable individuals. Sometimes, this community is capable of donating $500,000 to charity (which is what happened last year when Reddit and Colbert Nation teamed up to donate over half a million dollars to donorschoose.org). And sometimes, this community is capable of some really weird stuff. Communities within Reddit pop up, called Subreddits, and while some of them serve the greater good, others are just there to baffle. Here, we’ve picked those Subreddits that make up the odd and inexplicably sticky side of Reddit (and in case you’re new to the website, we’ve thrown in some local Subreddits at the end that should ease you into the populace. Upvote wisely.)

Jailbait are attractive people that are just barely under the legal age of consent. Whalebait is the same thing…but with whales. People post pictures of whales and then jokingly (by God, I hope they’re joking) comment on their sexual allure.

TLDR stands for, “too long; didn’t read.” Not everyone has time to reddit at all hours of the day. Luckily, user qgyh2 does enough redditing for the rest of us. On a daily basis, he compiles the best links of the day for future viewing.

There is no denying that Reddit often acts as a hive mind. How best to lampoon it than to take every in-joke to its furthest possible implications? This community satirically, if not crudely, reveals how much of a circlejerk Reddit can be sometimes.

Hear, hear. Oft times, Subreddits are overflowing with plebeians. I say! How canst one enjoy thine top hat and monocle with such lay people? This Subreddit only allows the most esteemed of conversation. Mmm. Quite.

If you have been on the Internet for a substantial amount of time, you are probably familiar with Captchas. They are the wavy words that you must type to prove you are human. A sizeable group has formed a cult that believes these words actually come from the Dark Lord Inglip. Comics arise out of members of their faith (known as gropagas), approaching Inglip and heeding his often humorous words.

Carl H. is a computer science professor who took it upon himself to teach anyone on Reddit computer science who was interested. If you are interested in what all of the hubbub is about programming or if you want to improve your skills, come and meet Carl.

Of course, some may feel that Circlejerk is a hive mind itself. To lampoon it, MetaCirclejerk was created.

There is even a community on Reddit specifically for Washington University students. Users are encouraged to post stories or simply talk about life on and around campus. Unfortunately, there currently aren’t that many subscribers. Get out there and make this Subreddit popular!

What happens when you take a dog dressed as a lobster, refer to him as “Team Leader Red Lobster,” then make comics showing the war between the forces of cat and dog? Dogfort happens. Some are silly. Some are sad. All are hilarious.

For the larger general area, StLouis is great for fun ideas of local things to do, local deals and Reddit Meetups (They’re cooler than they let on.)