Young organizers, activists and allies gathered at the steps of City Hall for a People’s Press Conference to demand the resignation of Mayor Lyda Krewson, Oct. 17. 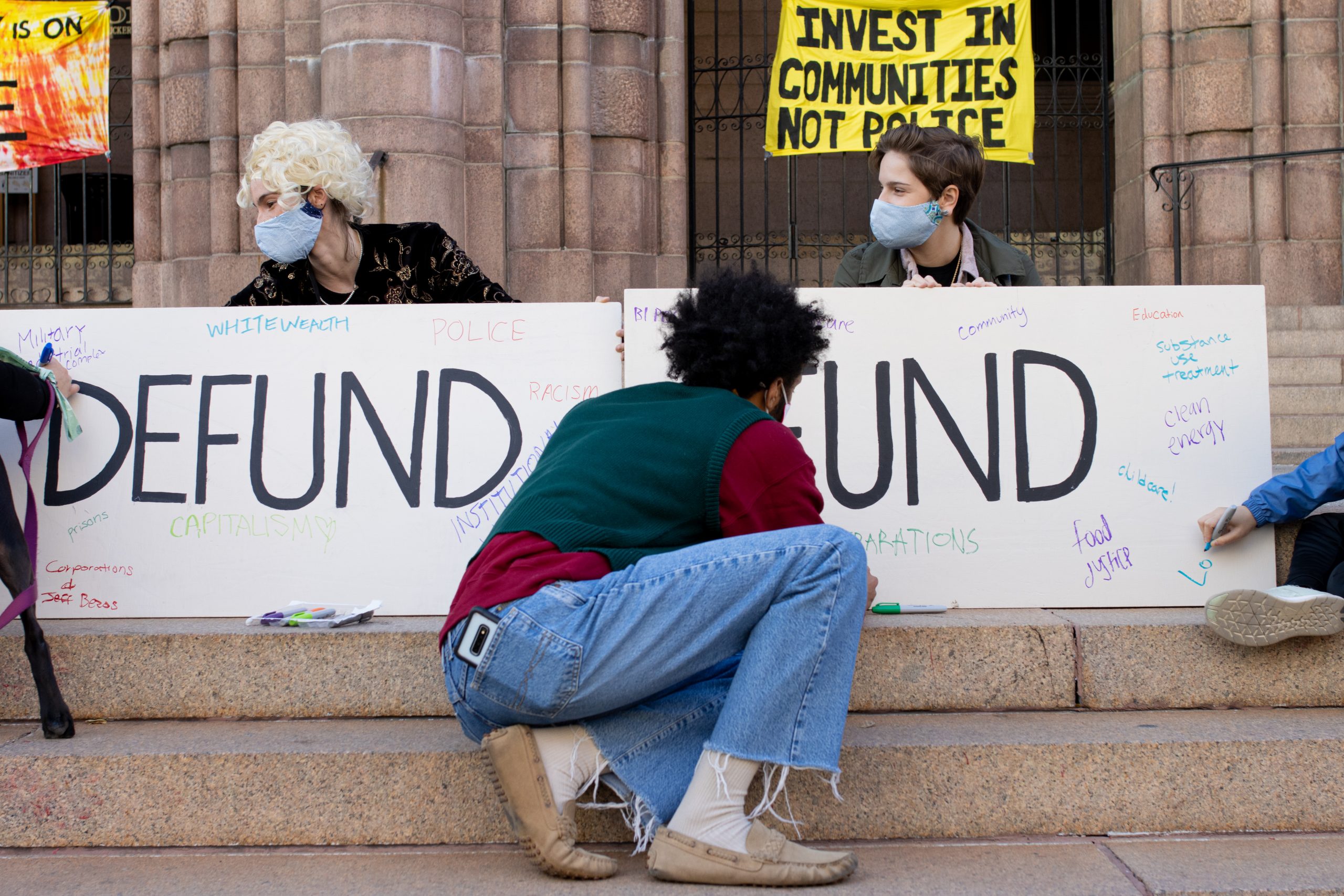 Sophomore Brianna Chandler, a core leader at Sunrise STL and co-organizer of the People’s Press Conference at City Hall, said that she grapples with her own privilege as a Washington University student.

“As a Wash. U. student, I am aware that [the University has] enacted a lot of harm upon St. Louis communities through gentrification and otherwise, so it’s important for me to know that and acknowledge that and actively work against that,” Chandler said.

Sunrise STL organizer Grace Tedder played the character of Krewson, taking to the podium to announce her resignation. She cited her grave harm to the St. Louis community, including evicting the unhoused community’s encampments, resisting closing the notorious private prison known as the Workhouse, inviting federal agents to further overpolice the community and putting citizens in harm’s way by doxxing them. The character of Krewson apologized and relinquished her position to the people.

“Mayor Lyda Krewson has been instrumental and the driving force for evicting the unhoused community and their encampments throughout the pandemic, going against CDC guidelines,” Khalea Edwards, a community organizer for Occupy City Hall STL, said. “It is beyond time for her to go. The mayor is imposing harm on all of our communities…Our lives are in danger as long as she continues to hold power, oppress and repress us and our community.”

Occupy City Hall STL was created by city residents who were doxxed by Krewson when she went live on Facebook and read the full names and addresses of demonstrators who wrote letters calling for her to defund the police.

“It’s a broad coalition of Black leaders, community activists, housing advocates [and] climate justice activists who have all come together to demand the immediate resignation of Mayor Lyda Krewson…to demand an end to all evictions including unhoused encampments and, of course, to abolish the police,” Edwards said.

Inspired by other occupations, the coalition has occupied City Hall to pressure the Mayor to resign and meet their demands as well as to amplify the plight of the unhoused community. They have been forcefully evicted by the police three times, during which the police surrounded them and used a Long Range Acoustic Device, a military-grade sound energy weapon that can induce vomiting and cause ear damage, to force their dispersal, as well as bringing dump trucks to confiscate and throw out all of their belongings.

“I have friends who have gone through the reentry process and it can be very very difficult just transitioning back into society with all the stereotypes and stigma that they face,” Williams said. “Seeing that, I wanted to be part of a movement that helps people find a path that best fits them.”

Through the years, St. Louis community members such as Edwards have spent time attempting to get more University students involved in the community, all to no avail.

“Any protest or any community event in general, Wash. U. students just don’t come. We don’t have enough support from any of the students at all,” Edwards said. “Wash. U. students are always on social media putting out stuff, but they’re never out. It’s performative.”

Edwards said her life was shaped by redlining, segregation, over-policing and poverty in St. Louis.

“I am now a community organizer and I think about how my entire life, the system has imposed so much oppression and repression in not just my life, but the people around me, and the communities I’ve lived in since I was born,” Edwards said. “I wish that more Wash. U. students, and students in general, were more invested in the community…They are not involved and it pisses me off.”

Seniors Carmen Vescia and Katherine Wallace were some of the students who stood at the steps of City Hall in solidarity, holding signs that read “Resign Lyda.”

“We still want to make sure we are showing up to things and at least trying to stand for all the good work that people are doing here in St. Louis because there’s a lot going on here,” Vescia said.

Wallace added that she felt it was important to translate her social media support into physical support “because reposting and putting it on your story can only do so much.”