Washington University notified student groups the Gargoyle and Mallinckrodt 100A would no longer be available after Commencement 2019 in an email March 2.

Lunar New Year Festival (LNYF) director of communications Jiyoon Kang started a petition to prevent the closure of the spaces. The petition had approximately 900 signatories out of a goal of 1,000 as of Wednesday night. 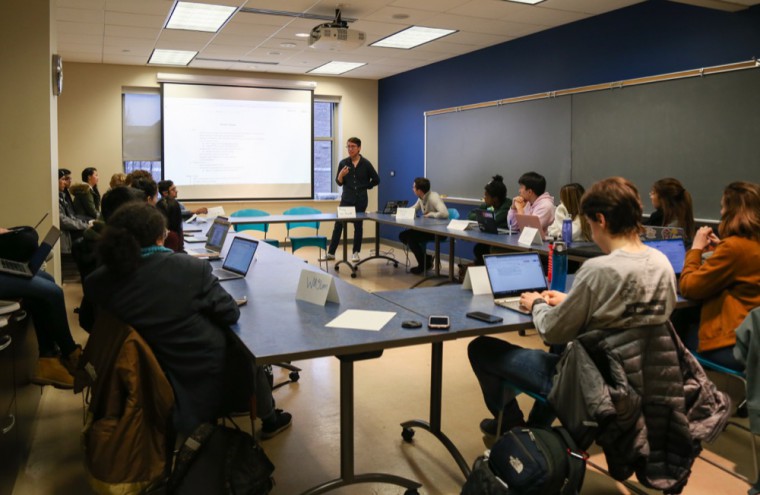 Representatives from student groups strategize to save the spaces March 6.

According to Student Union VP of Public Relations senior Rory Mather, the Gargoyle was reserved for a total of 2,674 hours in 2018, which is equivalent to 111 consecutive days of 24-hour programming. Dance group reservations were by far the biggest share of those hours as the Gargoyle is often used for rehearsals by cultural dance events such Diwali, Black Anthology and LNYF. 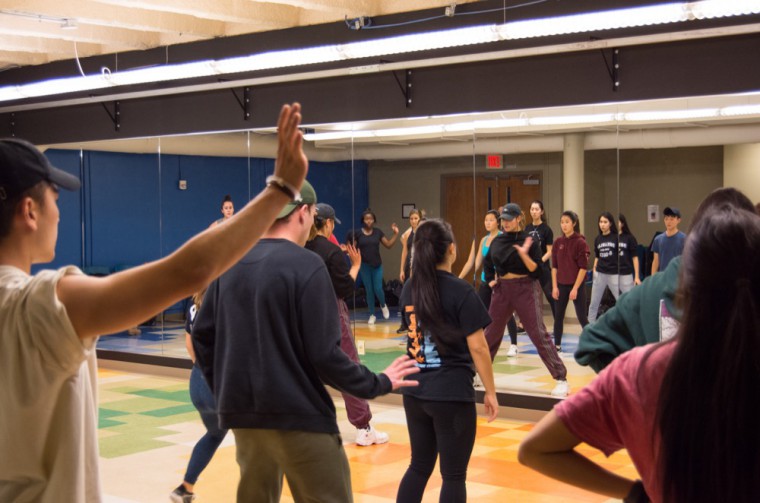 WUHHU hosts a dance workshop in Mallinckrodt 100A.

Ashoka co-president junior Shayana Seneviratne says that the space is so valuable because it mimics Edison theater’s dimensions, where they perform Diwali annually.

“[Closing the Gargoyle] would honestly decrease the quality of the performance,” Seneviratne said. “I remember being in the Gargoyle and getting ready my freshman year, [and] it was my favorite part of Diwali and has been ever since.”

A popular refrain among student group leaders was disappointment in the administration for not prioritizing cultural groups they use to promote the University’s diversity.

“They used us as props to bring in incoming students; and when our groups need that space, they take it away,” Kang said.

Carnaval organizer sophomore Mia Hamernik says Carnaval, a yearly student-run Latinx cultural production, doesn’t have many options besides the Gargoyle for practicing the aerial stunts performed in the show.

“This school is under fire all the time for diversity issues… [so] I’m blown away by this entire situation,” Hamernik said. 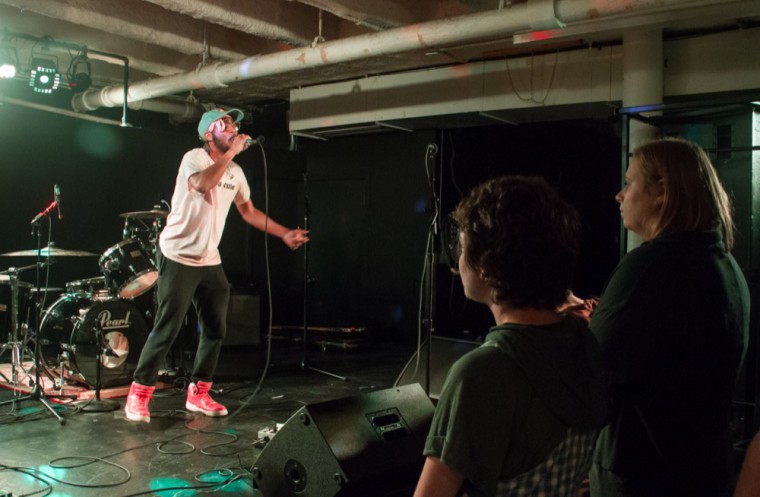 The Gargoyle has also been the backup location of Happy Hour for decades, due to its lack of catering requirements and proximity to Happy Hour’s regular outside location in Bowles Plaza. According to Social Programming Board president sophomore Adin Ehrlich, the space is also essential for storage.

“Losing that space would be pretty catastrophic also because we have all of our storage there, and the University didn’t really tell us where we’re going to put our stuff,” Ehrlich said. “So, all the WILD stuff is stored there and all the stuff we use for Happy Hour.”

According to LNYF internal public relations chair sophomore Richard Ni, there are drawbacks to alternative spaces beyond losing the space and mirrors that the Gargoyle provides.

“So, for example, Olin studios in the Women’s Building, those are very nice spaces, but they cost money. So, a lot of student groups can’t afford that,” Ni said. “Or if you’re a cultural show, you’re trying to make money to donate to a charity anyway, and we do not want to be spending our money that would be going to a charity to booking these rooms that were free in the past through the Gargoyle.”

WU-SLam president junior Ruth Durrell said the use of the Gargoyle kept WU-SLam from folding during recent financial struggles.

“The Gargoyle is the only reason we’ve stayed afloat,” Durrell said. “So, the fact that the Gargoyle is being taken away, I don’t know what we’re going to do next year when it comes to finding spaces for our own performances.”

LNYF philanthropy chair junior Han Ju Seo said she would be disappointed if the University does not respond to the petition.

“Let’s say Mallinckrodt can’t be saved, then I think it is the duty of the administrators to provide alternate spaces,” Seo said. “[It is their responsibility] to provide other mirrored rooms, to install mirrors in other places, to have a little bit more respect for these student groups on our campus that really do create a culture for students to be actively engaged in Wash. U.”