Mark Wrighton will retire as chancellor of Washington University no later than July 1, 2019, he announced in a statement to the University community Friday.

Wrighton officially began his tenure as chancellor in October 1995. During his 22 years in the role, he has overseen a more than 200 percent increase in undergraduate applications to the school, along with a growth of more than $5 billion to the University’s endowment. Total enrollment at the University has increased from 11,482 to 15,378 under Wrighton’s watch, while the number of full-time faculty employed by the University has gone from 2,164 to 3,223. 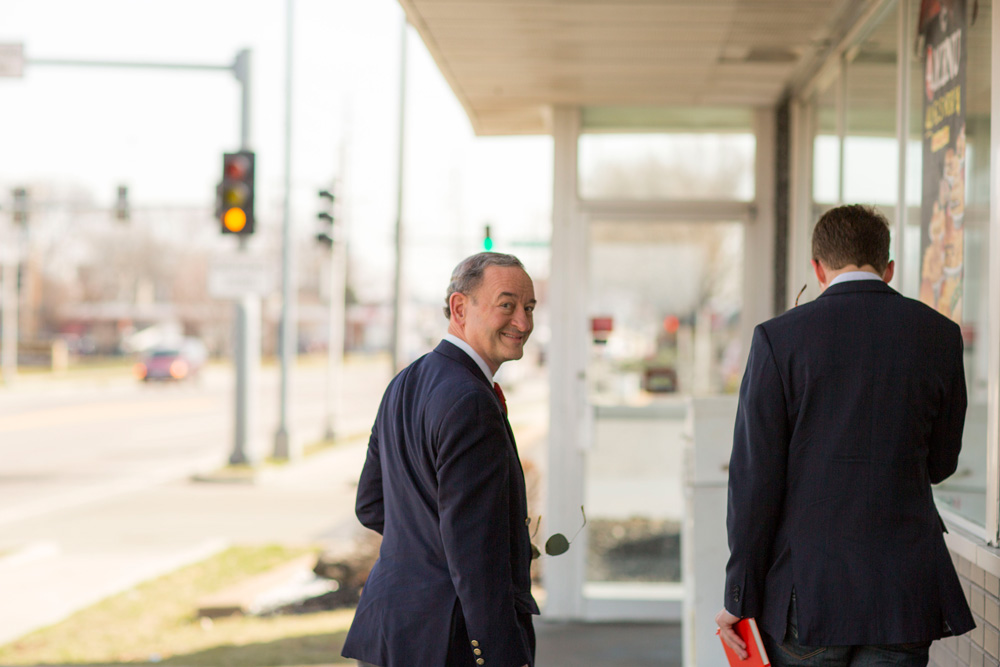 (L-R) Wrighton poses outside Steak ‘n Shake, one of his favorite restaurants, for a 2015 StudentLife piece.
Wrighton addresses the Washington University community after coming to the school in 1995, 22 years ago.

“I am very proud of the progress that has been made at Washington University during my years as chancellor,” Wrighton said in a statement. “Much has been accomplished in partnership with a long list of strong, effective leaders across the University. Together, we have accomplished something extraordinary in the past 22 years.”

In particular, Wrighton highlighted his pride in three areas of achievement: the growth of an “outstanding and diverse student body at the undergraduate level,” the creation and expansion of the Alvin J. Siteman Cancer Center on the medical campus and the development of the McDonnell International Scholars Academy. For some, however, Wrighton’s accomplishments go beyond the tangible changes during his tenure.

“When people talk about [Wrighton’s] legacy they talk about how much money he raised, and how many programs he helped start, and those are all definitely a part of his legacy,” Steve Givens, the chancellor’s chief of staff, said. “I think what gets lost sometimes is what all those things mean for the University and its students and its future students…I really think his legacy—more than buildings and money—is what that’s going to mean to future generations of students and scholars. They’re going to have a much more robust University in many ways because of his time here.”

Despite the fanfare surrounding his departure, Wrighton’s time at the University has not been without controversy.

While efforts have been made to address these issues, the University remains need-aware in its admissions process—meaning admissions officers may consider an applicant’s financial needs when determining whether or not to accept a student—standing in contrast with peer institutions’ policies, as most are need-blind and do not consider financial need in admissions decisions.

Wrighton has also weathered criticism from various student groups during his tenure. In 2005, the Student Worker Alliance (SWA) asked the University administration to adopt a code of conduct, including a pledge to pay every worker a living wage. When the demands were not met, SWA members refused to eat solid food for more than eight days and occupied the admissions building for 19 days.

The University ultimately allotted $500,000 towards wage increases that year and the occupation ended. Nonetheless, disputes between various worker advocacy groups and Wrighton continued. This semester, for instance, graduate students are pushing the University to allow them to unionize.

Another point of contention has been the University’s investment of its endowment in fossil fuel companies, which environmentally focused student groups like Green Action and Fossil Free WashU have rallied against throughout Wrighton’s tenure. Washington University continues to invest in fossil fuel interests, though the University created an advisory committee last year in order to more responsibly manage the endowment.

According to Givens, Wrighton’s legacy will endure despite these controversies. 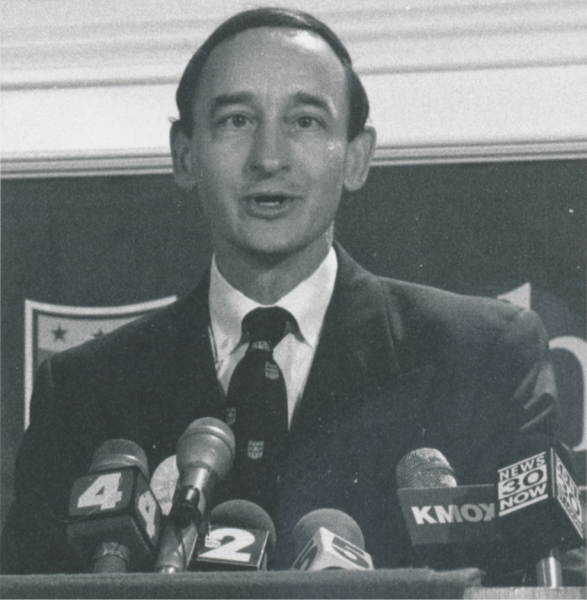 Wrighton addresses the Washington University community after coming to the school in 1995, 22 years ago.

“I find [Wrighton] to be a really brilliant and visionary leader but also a kind and caring guy,” Krewson said. “He’s going to be very missed, I think, at Washington University and in St. Louis.”

Wrighton’s lengthy term continues the legacy of his predecessor, William Danforth, who was the longest serving chancellor in University history, but the length of Wrighton’s term is unusual in higher education, as the average length of a University chancellor or president’s term is seven years.

“Stability in this role is potentially very significant,” Wrighton said in an interview with Student Life. “Being a private university, we do not receive any state support. We receive no support locally in terms of municipalities…so philanthropy is very important for us, and many people believe philanthropy is simply finding somebody who has the capacity—that is the money—and calling them up to say, ‘Would you make a gift?’ Ultimately, that’s part of the process, but most of the process is trying to understand the interests of the people who have capacity, and that takes time—winning the confidence and trust and providing assurance that a gift will be used wisely and also to support the program that is of interest to the donor.”

According to Provost Holden Thorp, Wrighton’s steady support has helped not only donors, but those he works with as well.

“He’s a mentor to everybody who works here,” Thorp said. “I mean, that’s part of his magic. He’s not called ‘Magic Mark’ for nothing.”

Thorp, who served as chancellor of the University of North Carolina at Chapel Hill from 2008 to 2013 before coming to Washington University, spoke with admiration about Wrighton’s work at the University.

“I guess I’m one of the few people who really knows how hard his job is, and so it’s inspiring to see how well he does it,” Thorp said. “The hard thing about being a chancellor is you have to manage so many constituents. I’m mainly responsible for the faculty and students and to some extent the staff, but he’s responsible for all those people plus the alumni, the board [of trustees], the St. Louis community and the national associations that he’s part of. His ability to juggle all that and balance the demands that come from all these things is really impressive.”

A global search for the University’s next chancellor will begin shortly, but until a replacement is found and officially takes over, Wrighton will continue to do his job, executing his duties to the best of his ability.