Breaking down barriers: The state of accessibility on the Danforth Campus

“The University strives to make its programs, services and activities accessible to all persons,” reads the leading statement on Washington University’s Campus Accessibility website. This website details the accessibility features of all buildings on campus, the details of which send a message that is at odds with the statement of inclusivity that precedes it.

According to the University’s published campus accessibility data, 15 buildings on the University’s Danforth Campus lack accessible entrances. Many people with physical disabilities, especially those using wheelchairs or other mobility devices, cannot enter these 15 buildings, the majority of which are residence halls.

Buildings on the Danforth Campus with accessibility concerns for students with physical disabilities are highlighted according to the University’s published campus accessibility data.

Seventeen separate buildings on campus have entire floors that are marked as inaccessible. All seven houses on upper row, which serve as residential spaces for six fraternities and the Hamsini Living Learning Community, fall into this category of inaccessibility.

A common misconception when discussing on-campus accessibility is that Washington University, as a private institution, does not need to be Americans with Disabilities Act (ADA) compliant. In actuality, Title III of ADA requires private universities to be spaces of equal access. In the context of physical accessibility, Title III of ADA requires campus buildings to be readily accessible for members of the University and visitors, further mandating that programs, like classes and events, hosted in inaccessible locations be moved to accessible locations. 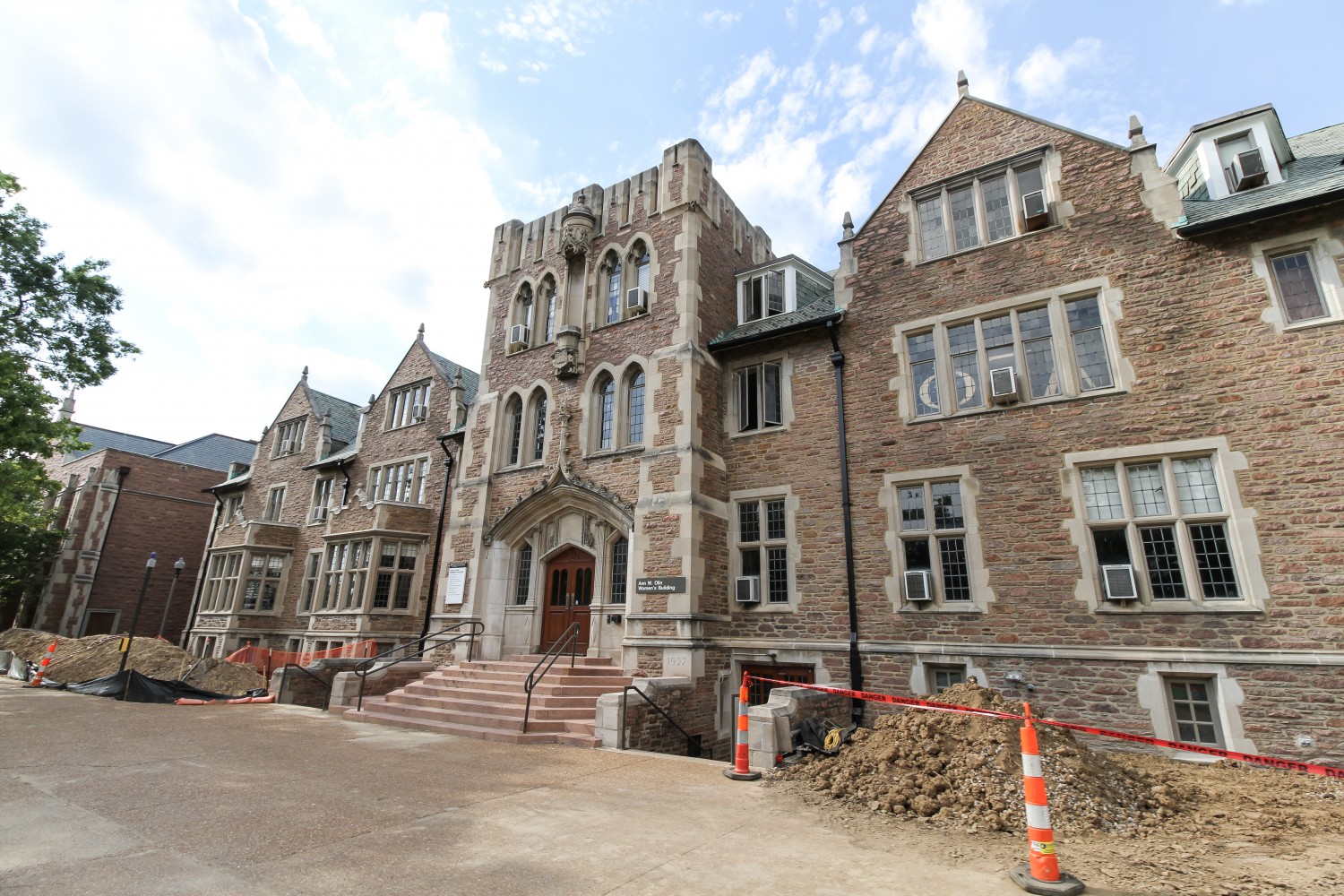 The Women’s Building contains entire floors that cannot be accessed by individuals with physical disabilities. Despite ADA compliant plans put into place in the development of the east end of campus, many buildings on the west side remain inaccessible.

Unless a project is deemed too expensive or architecturally impossible, the University must resolve barriers to accessibility on campus under Title III of ADA. However, since the University is currently dedicating its planning and financial resources to the East End Transformation, renovation projects have stagnated across campus. While campus expands to the east with ADA compliant plans, a lasting legacy of inaccessibility across campus is left in the west.

According to Campus Architect Jamie Kolker, there are plans and studies in motion to address some of the buildings on campus that pose barriers to accessibility.

“I think when the East End is done, we’ll be doing more and more renovation,” Kolker said. “That will give us an opportunity to really address the Women’s Building, McMillan and buildings like that.”

In addition to addressing the accessibility features of older buildings on campus, Kolker alluded to a comprehensive study in the works on campus housing.

“A big focus and priority of that project would be addressing those residence halls that just have stairs and not elevators,” Kolker said.

One of these spaces to consider is the ramp on the South 40 that extends from Shepley Drive to Bear’s Den. This ramp is ADA compliant with acceptable slopes, turn radii and rest points every 30 feet. However, the ramp is covered by overhanging plants that seem to be in place to beautify the ramp, the turns—though ADA compliant—are very sharp, requiring intensive readjustments for individuals using mobility devices, and the ramp ends with two stairs. For someone in a wheelchair to finish maneuvering their way to the South 40, they must then use a separate ramp that leads directly into Bear’s Den, requiring a sharp turn if Bear’s Den is not their desired destination.

Myers Hall is one of many residence halls on the South 40 with accessibility concerns. The majority of the 15 buildings without accessible entrances on campus are residence halls.

“The CHEC itself isn’t just ADA compliance. It’s more like they surveyed people with disabilities and asked them what was most important to them in a building in terms of being accessible,” senior and Ability Treasurer Daniel Grossman said. “So, the survey itself has things on there that aren’t in the ADA but people recognize as important.”

Every other week, Ability does a survey of a different campus building using CHEC to determine its accessibility features. They publish their results on checpoints.com. Through this surveying process, Ability has been able to document helpful accessibility features on campus, spread awareness of buildings that are not ADA compliant and reveal when ADA compliance is not enough for certain buildings to be reasonably accessible.

Through the CHEC process, Ability has noticed consistent problems across campus.

“A lot of older buildings weren’t built with accessibility in mind,” Grossman said. “We did a building last week that was on the quad that was like 100 years old. It was one of the original buildings; so, it had no elevator, for example. We tend to find that a lot…that they’re generally lacking in a lot of things like automatic doors or signage.”

Senior and Ability President Jenna Goldstein emphasized that the group wants to advocate for smaller, more feasible projects across campus to improve accessibility.

“One thing we’re hoping is to get better signage. Another thing is that some individuals in our organization have expressed that, if you’re in a wheelchair or using crutches, it can be difficult with communal bathrooms to hold the door open and then make the sharp turn to get in. So, just getting a button on the door to make the bathroom—not the stalls but the actual door—accessible. So, small things that we think the administration could actually do are the things we’re working on,” Goldstein said.

Goldstein also believes better communication between the administration and students could be a push toward better, more comprehensive accessibility initiatives on campus.

“I think that there needs to be more communication with the administration with the student body so that all students are more aware of the issues, because I think if you are not afflicted, you may not notice how awful campus is. So, I think that just bringing light to it could help, because there’s a lot we wish we could get done,” Goldstein said.

In coming years, the University has the opportunity to show its students that it both listens to and cares about their accessibility concerns; hopefully an initiative of steady progress on that front will set in so that Washington University can be able to espouse the mission of inclusivity and access for all.