Beyond the call of duty: WU professor Michael McLaughlin reveals the value of education

As I am “waiting for the host to start this meeting,” I am preparing for an interview. I am thinking about how I will ask a stranger questions about his life to create the best portrait I can of a person who has drawn the eyes of many with his kindness. 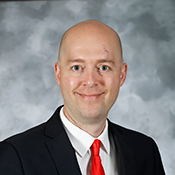 Little do I know that for the next hour or so, I will be an audience to a story, much less a reporter, much less a writer, much less anything but a person who has forgotten they have been quarantined within their own home.

Because Professor Michael McLaughlin, a lecturer of Accounting in Washington University’s Olin Business School, can talk.

McLaughlin, who gained campus-wide fame for inviting jugglers and magicians to his classes last semester, has gone out of his way to provide support to students during this difficult time. Posting on his LinkedIn page, he offered to open his home to students who were left scrambling after the housing closure.

When students feared that graduation may be permanently canceled, he offered to host a ceremony in August. And, now, with many summer internships being canceled, he is helping students find new opportunities, whether it be another job, a research project or starting a business.

When I ask him about his attitude towards the COVID-19 pandemic and the motives behind his gratuitous offerings, he talks with ease, without prompting, for a stunning 19 minutes.

“When everyone left for spring break, I did not have it in the back of my mind the thought that we won’t be coming back,” he says. “It wasn’t even on my radar that…this is goodbye. And I thought, it just can’t end with some Zoom lectures, a diploma in the mail and a kick in the a–.”

But then I start picking up on something else, and it’s less about the virus, the administration or the gobsmacking suddenness of it all. His conversation naturally begins shifting, morphing into the depths of his sentiments.

A dedication to students
“I just think I owe the students more than that. They gave me a lot. I feel like I love them like they’re my own child,” he says.

Initially, I figure that it is easy to say these things. To decorate mild flutterings in the grandiose of passionate speech. But I believe him. Especially when he begins to tell me about a student of his who arrived at a tough crossroad at the end of her senior year—how he offered her the same help: a place to stay if things don’t work out, a security blanket of sorts and, more importantly, a glimmer of hope when faith seemed difficult to find.

When I spoke to junior Nathan Genstein, a former student of his, he told me, “[Professor McLaughlin] genuinely cares about the safety, success and mental wellbeing of all of his students. I am a member of the Wash. U. football team, and he emails me, and every one of my teammates who he has taught, before every single game wishing us luck. Professor McLaughlin is so relentlessly nice it almost comes across as insincere, but my personal relationship with him has done nothing but reinforce the legitimacy of how much he cares about his students.”

A difficult journey
McLaughlin has been teaching at Washington University for four years.

“Why did you become a professor?” I ask.

“That’s a little bit of a long story, how much time do you have?” he asks.

“I had a hard time growing up,” McLaughlin says. “It was a tough situation; I was eventually put into foster care when I was teenager. I didn’t really have a parent who cared about me or loved me. When I got put into foster care it was in the middle of the school year and they told me they did not have the resources to drive me to school. I didn’t have a cell phone. I was concerned I wasn’t going to finish the school year.”

McLaughlin notes that it was his guidance counselor who could tell he had a difficult living situation and helped out. I can begin to picture the scenes unfolding in my mind as we speak. I have set my pen aside. I am just a listener.

“She went to all my teachers and explained my situation,” McLaughlin says. “They gave my final exams to her, and she told me, ‘…You just get to a public library this Saturday, and you’ll take all the final exams back to back.’ I was at the library the day before, trying to just find a generic Algebra book so that I could take those tests…And I completed that year of school. I always thought back on that guidance counselor. This person made a difference in my life. If not for her I wouldn’t have even graduated high school.”

He began working full-time at the age of sixteen while taking community college classes. Eventually, he began to study for a bachelor’s degree from Illinois State University at age 24.

“The very first day on campus, I panicked,” he says. “I knew this marketing professor, Jim Cox, so I called him from a library, and I told him that this was a mistake, that I was just going to go home. And he listened to me and said, ‘Mike, I’m going to tell you, everything you’re feeling is normal. It’s normal. Just relax. No matter what happens today, go to class.’ And I went to class. And it was fine.”

The importance of education
Revealing the miracles that picking up a single phone call can do, McLaughlin says that Cox became his mentor and that he and that guidance counselor truly changed his life. When he tells me this story, I can almost hear pieces of the puzzle clicking into place. I understand where his actions come from. I am a firsthand witness to a story that speaks to the wonders of change, hope and pure compassion.

McLaughlin went on to acquire multiple degrees, including three from Wash. U.: A Master of Science in Business Administration and Accounting, Master of Legal Studies in Taxation and Ph.D. in Philosophy, the latter of which he obtained after starting to teach at the University in 2015. He also created the YouTube channel Edspira, which provides free business and financial education videos, to further his mission to help others with educational opportunities six years ago.

“I saw education’s ability to change people’s lives,” he says. “That’s why I started my YouTube channel, Edpsira. It’s free, I don’t run any products, no money whatsoever. People ask me, ‘Why are you doing this?’ and I tell them, ‘Somebody did it for me.’”
Towards the end of our Zoom call, I ask him if he has five words to describe himself.

“I do have one word to describe myself…Grit,” he says. “I am very persistent. I don’t give up, no matter what. I’ve had a lot of rejection. Got a lot of rejection from colleges. My mom kind of rejected me. I mean, I was seventeen years old, living in a tent on a campground, and telling people ‘Yeah, I’m going to go to college,’ and they told me ‘That’s not going to happen,’ like, ‘Those are nice dreams, but you have to be realistic.’ But I was like, ‘No, I’m not backing down, I’m going after this.’”

To his students, McLaughlin can be described as someone who goes beyond the call of duty.

“As a professor I’m not sure it really gets any better,” sophomore Brandon Li said. “Not only does he teach the material without heavily relying on his slides, but he also makes it very engaging. He will bring in pizza at random intervals, snacks and even hired some magicians last semester. It definitely seems like his affection and attitude toward his students, current or past, go far beyond the designated curriculum.”