While the majority of the golf season takes place during the spring, the Washington University women’s golf team is set to swing away at the Olivet Labor Day Tee-Off in Marshall, Mich., on Saturday and Sunday. Under the direction of seventh-year head coach Sean Curtis, Wash. U. looks to start the fall season on the right foot and repeat as the tournament’s champion. 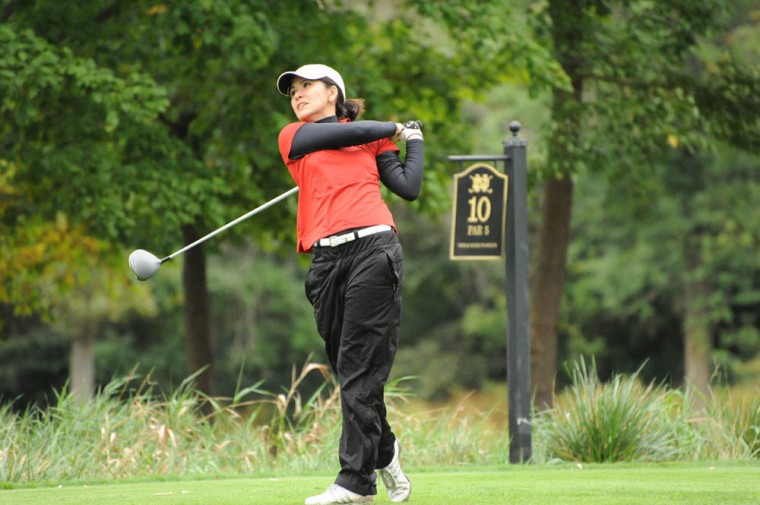 The Bears reached a number of milestones last season, with a seventh-place finish at the 2014 NCAA Division III Championship, the second highest in school history, being the most notable. Furthermore, the Red and Green were ranked as the top team in the country at the end of the regular season for the first time in school history.

As the team captain, three-time All-American Olivia Lugar will have a huge impact on the direction and development of a team stocked with six underclassmen. Last season, Lugar ranked 10th in Division III with a 77.60 stroke average, and she won three tournaments to up her career tally to nine. According to Curtis, Lugar’s focus and attitude make her more than capable of taking on a leadership role.

“If there’s anything I know about Olivia after being around her for the last three years, it is that she’s focused and she’s diligent about her work, and when it comes to playing, she’s got the right attitude,” Curtis said. “She’s going to be ready. I think she’ll have a really good senior year, and I think it will be a lot of fun for her, too.”

After nabbing second place last year, the Bears will be hungry to win this tournament that features top-notch competition. Junior All-American Connie Zhou, who was fifth in Division III with a 76.85 stroke average, will hope to repeat as the individual champion this year after winning by two strokes last season. Overall, the Golfweek Fall Preview is the final tournament of the fall season, and it will be a good barometer of what we can expect to see from this team in the spring.

“I look at the fall as an opportunity for us to establish ourselves within the team and the rest of women’s Division III. We don’t talk specifically about how our performance is going to be, we don’t get that specific about it—it is more about how we’re feeling heading into things,” Curtis said.

Returning five of the top performers from a team that was ranked No. 1 last season, the Bears come into this season with sky-high expectations, and Curtis did not in any way temper those expectations.