The Washington University men’s tennis team traveled to San Antonio, Texas over the weekend and went 2-1 against top-25 schools. The Bears defeated No. 6 University of California, Santa Cruz 5-4 on Friday and No. 11 Trinity University 5-4 on Saturday before losing to No. 4 Claremont-Mudd-Scripps Colleges 6-3 on Sunday. The two wins were highlighted by comebacks, as the team trailed 2-1 after doubles in both matches. Sophomores Adam Putterman, Gary Parizher and Kareem Farah took their respective singles matches in both of the team’s wins. The team could not repeat its comeback on Sunday, as it fell behind CMS 3-1 and never recovered. 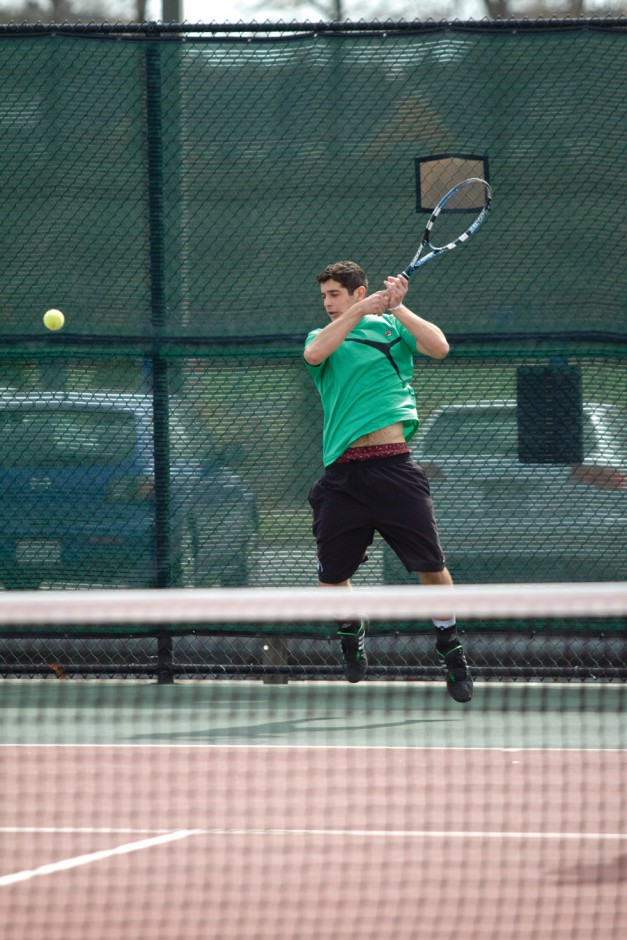 Sophomore Kareem Farrah hits a forehand in his singles match against Graceland University on March 12. Farrah won all four of his singles matches in Wash. U. victories over four top-20 opponents this month.