The Washington University men’s and women’s cross-country teams had a near-perfect weekend at the University Athletic Association Championships at McIntosh Reserve Park in Whitesburg, Ga., with both teams taking home conference championships.

The women’s team finished with 33 points, a full 42 points ahead of second-place University of Chicago, while the men finished with 58 points, good enough to tie for first place and share the title with Carnegie Mellon University. 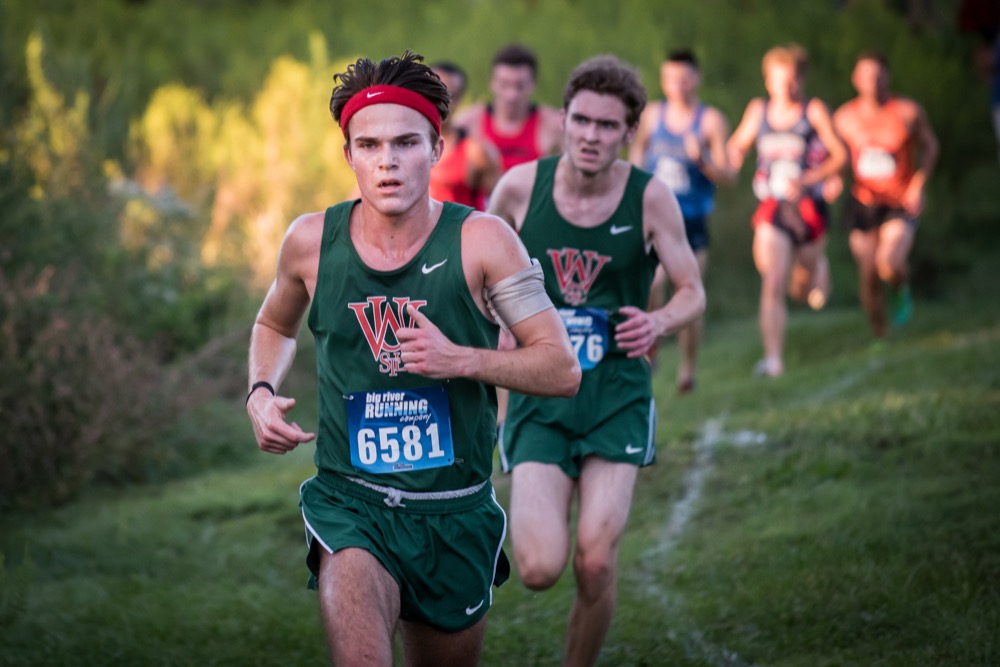 Members of the cross country team compete in the Gabby Reuveni Early Bird in Forest Park on Sept. 2. Both the women’s and men’s cross-country teams won UAA conference championships over the weekend at Whitesburg, Ga.

On the women’s side, the team was led by junior Aly Wayne, whose season-best 21:25.29 time was good for best among the 76 runners. Wayne, who did not run on the varsity team her freshman year, finished a comfortable 22 seconds in front of the second-place finisher. Others who finished with top-10 individual performances for the Bears were sophomore Ellie Degen (fourth), junior Anna Maurer (sixth) and junior Alison Lindsay (seventh). Freshman Elizabeth Hagstrom, senior Kimberly Johnson and junior Audrey Western also had strong races, coming in 15th, 18th and 23rd, respectively.

“Your goal every time is to get as many people as possible into the top 15 or so, and we were able to do that,” head coach Jeff Stiles said.

Wayne, Degen, Maurer and Lindsay all earned spots on the all-UAA first team. For Degen and Lindsay, it is the second straight year achieving that distinction.

Though the team’s cumulative time of 2:05:42.44 was 17.3 seconds faster than that of Carnegie Mellon, both teams finished with 58 points, meaning they shared the spoils. The co-championship is the 10th UAA title for the men’s team, while the women’s outright title marks the 15th conference crown in program history.

Stiles was pleased with how his team ran, but has his sights on longer-term goals.

“Our goal from the beginning of the season has been NCAAs,” Stiles said, referring to the NCAA Division III Midwest National Championships next month. “Even this week, our training was more focused looking forward to nationals than to UAAs.”

The men’s and women’s teams will get a chance to put this training to the test in two weeks, when they will travel to the Lake Breeze Golf Course in Winneconne, Wisc. to compete in the first stage of national competition—the NCAA Midwest Regional.