Senior catcher Tate Maider filled up the box score for the Bears, going two for three with a home run, a double and a sacrifice fly. He delivered a career-high-tying four runs batted in, driving in junior center fielder Conor O’Hara twice. 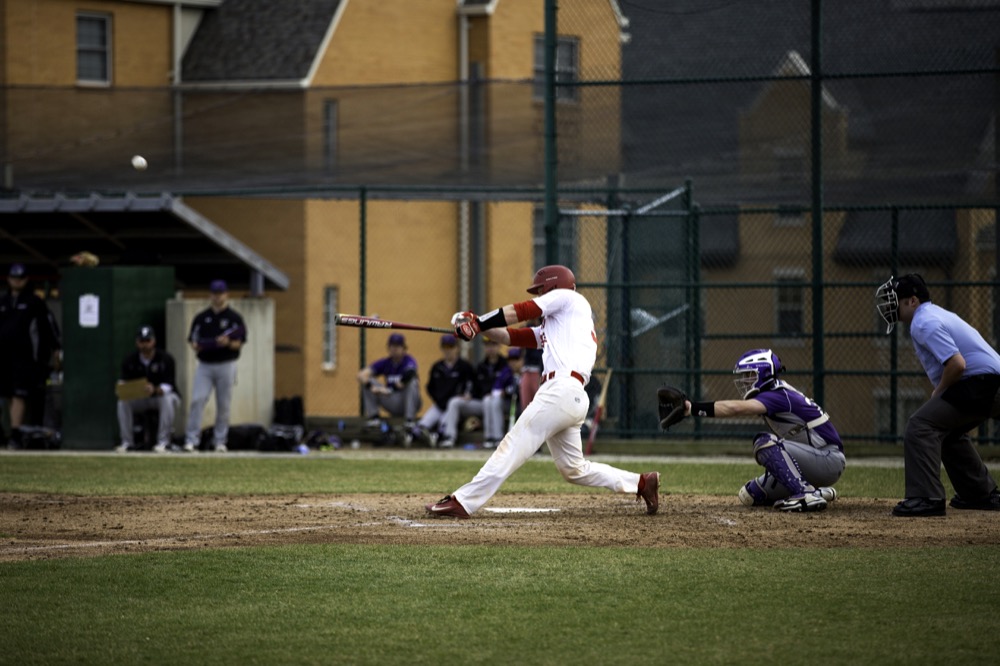 A full-time catcher again after splitting time at first base last season, Maider is hitting for more power than ever. He’s whacked two home runs and five extra-base hits this season after three and nine, respectively, all of last year. His slugging percentage of .615 is a noticeable improvement over his .400 mark a year ago.

Wash. U. wasn’t able to strike first against the 1-9 Griffins, leaving a runner on base in each of the first two frames. Senior left fielder Christian Santos was caught stealing second base to end the bottom of the first, leaving freshman starting pitcher John Brinkman, a .406 hitter, with the bat in his hands.

Brinkman, the regular third baseman, had a strong first career appearance on the hill, firing five innings of two-run ball (one earned) with four strikeouts. Brinkman’s only trouble came in the third inning, when he allowed two runs, partially as a result of his own throwing error. He made up for that error by picking off a Fontbonne runner later in the inning.

The Red and Green seized the lead for themselves in the bottom half, starting with some innocent small ball. With two outs, sophomore second baseman Evan Nagel stole second. Senior second baseman Ben Browdy then followed with a walk. Santos got the Bears on the board with a base hit, before Brinkman helped his own cause with the big blow—a two-run double to left-center.

Browdy was reliable again in the heart of the order, earning a total of three walks alongside another hit. He’s scorching hot for Wash. U., hitting .500 through 34 at-bats.

Wash. U. scored in every offensive half-inning thereafter to reach double-digits for the third time in a week. The output could have been greater, though, if not for the bottom of the fourth, when the Bears committed a pair of base-running blunders. Maider violated a cardinal sin of baseball, making the first out of the inning at third on a bunt attempt by Nagel. Two batters later, Nagel also got picked off trying to steal third. Ultimately, the Bears left the bases loaded when Santos struck out swinging.

Those base-running errors may be the result of a conscious aggressive approach on the base paths. The Red and Green swiped four bags in the game but also got caught three times, a result that has been typical thus far in 2017. Overall, the team has attempted 16 steals this year, a strong mark, but has been successful eight times. By comparison, their opponents have been successful 16 out of 17 times.

Still, if Wash. U. keeps putting runners on base as much as it has, the mistakes may not matter. As a team, the Bears have tallied a .321 batting average and .416 on-base percentage, both similar marks to last year. Where they’ve really seen a spike has been in the power department, where their .169 isolated power is significantly better than last season’s .094 mark.

The Red and Green take their newfound power down south for spring break, where the team will play six games in six days in Auburndale, Fla. and Leesburg, Fla.