Who’s In, Who’s Out: Baseball Hall of Fame Ballot Breakdown, Predictions, and Picks 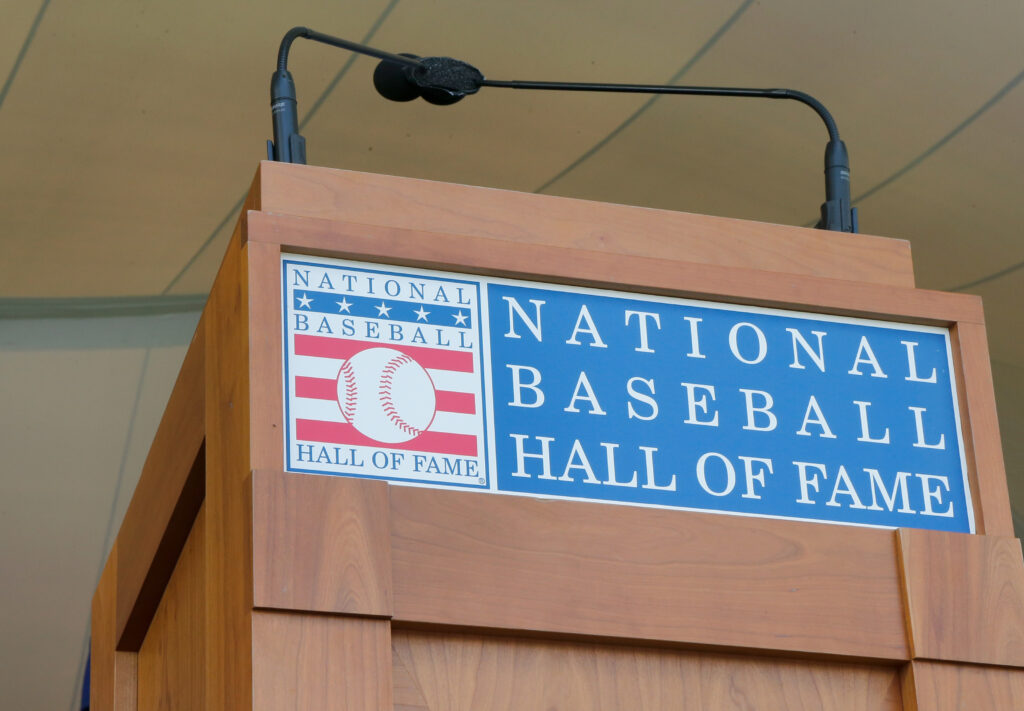 COOPERSTOWN, NY – JULY 29: The podium is seen at Clark Sports Center during the Baseball Hall of Fame induction ceremony on July 29, 2018 in Cooperstown, New York. (Photo by Jim McIsaac/Getty Images)

The month of January is down time for Major League Baseball (MLB). Months after the World Series has wrapped up, a few weeks remain before pitchers and catchers report for Spring Training. Free agency has slowed to a lull, and fans of America’s Pastime are forced to either redirect their baseball consumption to another sport or browse through a seemingly endless twitter feed of baseball rumors and statistics (in my case, both).

The exception comes on one winter day each year, when the Baseball Writers’ Association of America (BBWAA) announces their selections for the Baseball Hall of Fame. This year, that date falls on Jan. 24.

Unfortunately, I’m still waiting for my BBWAA membership card (which could have something to do with my lack of the required 10 years of baseball coverage.) In the meantime, I’ll detail my picks for the upcoming ballot.

First off, some quick rules. Ballots can include up to 10 selections from a predetermined group of players, with no minimum. To be considered, players must be retired for at least five seasons. Any candidate who receives votes on 75% of the 400-odd ballots cast is elected to The Hall. After ten seasons on the ballot, a player is eliminated.

I’ve divided the 28 players on the ballot into six tiers, in increasing order of achievement. The top three tiers contain players that I would put on my ballot. Full statistics and accolades can be found here.

While each enjoyed successful careers, none of these players had an impressive enough peak or the longevity to warrant serious consideration. These players all should fail to meet the 5% threshold to stay on the ballot for next year.

Each of these players received less than 10% of the vote last year. For them, making it to another year of consideration should be considered a success.

While these players will most likely fall short, they each have a relatively sound case for The Hall.

There are a lot of close calls this year. I think the next five players are plenty deserving of their place in the Hall, but I predict that all five will fall short of the 75% threshold this season.

Each of these players would be first-ballot hall-of-famers if they had not been caught or admitted to usage of performance-enhancing drugs (PEDs). As such, the case for each of them is largely the same. Other steroid users like Barry Bonds and Roger Clemens recently failed to reach Cooperstown, and it looks more likely than not that each of the following players will fail to do so as well. However, after much deliberation, I would put each of them on my ballot, due to the extent of their achievements as well as the previous selection of a number of other players who almost certainly used PEDs (looking at you, Big Papi).

Of the three, Rolen is most likely to make The Hall this year. I imagine that the other two will get in at some point, but most likely not this year.

Scott Rolen and Todd Helton get inducted this season. Billy Wagner gets in next season, and Carlos Beltran gets in in two seasons. No other players on this year’s ballot are inducted by the baseball writers.