Formula 1: the season in review 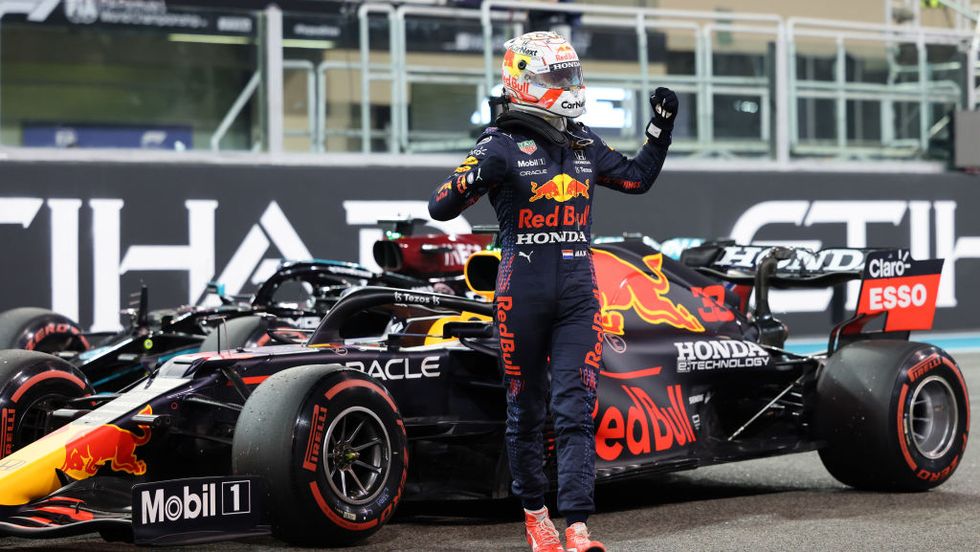 In the 2021 season, Formula 1 had arguably its most incredible season ever, with the individual driver’s championship coming down to the last race in a winner-take-all Abu Dhabi Grand Prix between Mercedes’s Lewis Hamilton and Red Bull Racing’s Max Verstappen. Prior to the race, both drivers were tied on points, so whoever finished first would win the championship.

Despite the seemingly controversial ending, in which Verstappen won primarily due to a late safety car — the season was generally considered one of the best in recent memory. So, when Barcelona’s pre-season testing came around in February of this year, many thought that the 2021-22 season would be just as competitive, with Ferrari delivering a top-notch car driven by the ever-talented Charles Leclerc.

But that’s not what happened. Instead, the season ended two weeks ago, with largely dull and forgettable races

Despite phenomenal Grand Prixs in both Silverstone and São Paulo, much of the season was characterized by Red Bull dominance and Ferrari miscalculations. In turn, this led to the greatest statistical season by any driver, where Verstappen set a record 15 wins in a season, trouncing second-place Leclerc, the next-most successful driver, who only had three wins.

The season, however, started in an almost completely opposite fashion than it ended. Ferrari won half of their total races in the first three, showing pure dominance, whereas Red Bull struggled with reliability. In these first three races, Leclerc established his largest lead of the season, a commendable 46-point lead heading into the Emilia Romagna Grand Prix.

Here, though, Leclerc had his first major stumble in the rain. He was third for most of the race before spinning on lap 53, dropping him to eighth and advancing McLaren’s Lando Norris to the last podium spot. This would also mark the only podium spot won by any driver not in Mercedes, Red Bull, or Ferrari in the entire season.

With a bounce-back second-place in Miami, Leclerc seemed prime to fight for the title, but after a mechanical error forced him to retire in Spain, Verstappen won and claimed his fourth successive win of the season. Despite Leclerc’s error, he returned to claim a maiden pole position in his home race, the Monaco Grand Prix.

Here, however, things unfortunately took a turn for the worse. Due to a strategy error and poor pit communications, Leclerc fell to fourth on a track where overtaking is nearly impossible. Thus, he ended the race in fourth place with Red Bull’s Sergio Perez, taking his maiden victory of the year.

Following retirements in Azerbaijan and Canada, Leclerc’s championship grasp had evaporated. After the Canadian Grand Prix, Verstappen led the Drivers’ Championship up 46 points over teammate Perez, with Leclerc third, three points back. Red Bull Racing led the Constructors’ Championship with 74 points over Ferrari. Mercedes was in third place — 40 points behind Ferrari.

Then came Silverstone, the best race of the year. Following a horrifying first-corner crash with multiple cars — including Alfa Romeo’s Zhou Guanyu flipping and skidding into the barricade — the race was jam-packed with action from lights-out to the checkered flag. Later in the race, a battle between second and sixth place emerged between Perez, Leclerc, Norris, Alpine’s Fernando Alonso, and Mercedes’s Lewis Hamilton — the latter racing in his home Grand Prix alongside teammates George Russell and Norris.

After a fantastic shot of all five cars within a second of each other, Perez and Hamilton took off (Hamilton with an unbelievable overtake on both Perez and Leclerc) as they secured the final two podium positions behind first-time Grand Prix winner, Ferrari’s Carlos Sainz Jr.

Following the excitement of Silverstone, Austria’s Red Bull Ring was the host of the next Grand Prix. Here, a sprint race would determine the race order for Sunday’s Grand Prix. Verstappen started on pole and clinched the championship’s second sprint, though Leclerc, who passed him three times at different moments during the race, ultimately won his final race of the season.

The Hungarian Grand Prix qualifier marked the first-ever pole for George Russell, and contrastingly, was a Red Bull failure, as they were set to start the race in 10th and 11th. Despite this, Verstappen had a great comeback push, as he climbed the order with superior management and speed, ultimately winning the race. Russell finished third after being overtaken by Hamilton with five laps remaining. After strange strategic calls from the Ferrari pit wall, Sainz and Leclerc finished a commendable fourth and sixth.

Hungary indeed marked the point in the season where Verstappen — barring a total collapse — would win the Individual Drivers’ Championship, and Red Bull would win the Constructors’ Championship. The race followed the heart-wrenching moment of Leclerc’s French Grand Prix failure, marking Verstappen’s 10th win in 15 races and putting him 80 points clear of Leclerc.

Following wins in the Netherlands, Belgium, and Italy, Verstappen entered the Singapore Grand Prix with a chance to mathematically win the title with seven races left, including Brazil’s Grand Prix Sprint Race. Had he done so, he would’ve won the title with the most races left in F1 history.

However, he finished seventh, and Leclerc finished second, meaning the Dutchman would have to wait until at least Japan to win his second consecutive title.

In Japan, Verstappen won his second World Championship by finishing first, ahead of teammate Perez and Leclerc, who made a crucial mistake on the last chicane of the final lap. Although only 28 of the planned 53 laps were finished, total points were given according to a loophole in the guidelines about how points should be assigned. The guidelines stated that lesser points could only be granted in abbreviated races that concluded under red flag conditions. This race was also very controversial, as it was eerily similar to a Japanese Grand Prix years prior, where rainy conditions and poor FIA decisions led to the death of driver Jules Bianchi.

Kevin Magnussen won his first Formula 1 pole position, in addition to Haas’ first. However, during the sprint, Magnussen failed to hold off the quicker cars, and Mercedes was able to claim the front row for the Grand Prix on Sunday, resulting in their first one-two result since the 2020 Emilia Romagna Grand Prix, with Russell scoring his maiden Formula 1 victory in both the Sprint and Grand Prix.

The race ended in a controversy, though, with Verstappen ignoring a team order to let colleague Perez pass him for the sixth position at the end of the race, claiming that he informed the team in the summer not to offer Perez any good team orders. Had Verstappen allowed Perez to pass, he would’ve gone into the season’s final race, Abu Dhabi, two points clear of Leclerc in a contentious second-place battle. Instead, Perez and Leclerc both went to the final race tied on 290 points, where — very similar to last year’s Abu Dhabi Grand Prix — the driver who finished faster would clinch second.

Verstappen set a new overall record with his 15th win of the season in the Abu Dhabi Grand Prix. It was a very comfortable race for him. Further back, though, Leclerc fought off a quicker Perez until the very final lap to finish second and second in the Drivers’ Championship. Mercedes failed to overtake Ferrari for second in the Constructors’ Championship as Russell came fifth, and Hamilton withdrew with a gearbox issue in the last Grand Prix. Alpine finished the season in fourth place ahead of McLaren in a relatively competitive season-long battle, with Alfa Romeo taking sixth.

This Grand Prix saw the end of the career of the legendary Sebastian Vettel, who left with 299 Grand Prix starts. Over 50 victories, four consecutive Drivers’ Championships, and various records, he left a truly remarkable impact on the sport and racing worldwide. Likewise, the race was the final (for the foreseeable future) for McLaren’s Daniel Ricciardo, Haas’ Michael Schumacher, and Williams’ Nicholas Latifi, all of whom do not have a seat for the 2023 season.