Caleb Durbin got drafted in 2021. Now, he’s raking in the minors

Just another day at work: Caleb Durbin warms up at the Asheville Tourists’ stadium. (Photo by Clara Richards | Student Life)

As Caleb Durbin steps into the on-deck circle for the Rome Braves, the high-A affiliate of the Atlanta Braves, he could look up at the fans surrounding him. He could look towards the big Megatron on the outfield wall or the river that stretches around the stadium. Instead, he looks down at his bat, at the initials written on the surface.

Hardy, a WashU basketball player who passed away in May 2022, was one of Durbin’s best friends at WashU. “Every time I go to the box, I look at his initials. And I know he’s there with me,” Durbin said.

He doesn’t know exactly what will happen after he steps up to the plate. He might smash a hit, which he’s done 88 times since April. He might watch the pitch fly by him. Regardless of who he’s facing on the mound, he’ll always be patient. Durbin was known at WashU for his eye at the plate, and that has remained consistent this season, with 49 walks. Durbin’s never been afraid to check his swing. It’s a testament to his ability to judge a pitch as it rockets towards him, where he has around 150 milliseconds to decide if a pitch will slide into the zone.

At WashU, he used to play baseball for nothing else other than a love of the sport. Now, it’s his job.

Surrounded by thousands of people and rows of stadium seats in Rome, Georgia, it’s a completely different energy than any crowd he faced during his collegiate career. For three years, Durbin competed in front of mostly empty bleachers, doing considerable damage against his Division III peers. While playing for WashU, he averaged a .477 on-base percentage and slugged .640. His junior year, he only struck out swinging twice in 161 at-bats.  Durbin was one of two Washington University Athletes who were contracted to go to the minor leagues in the 2021 MLB Draft. After being called up in July, Durbin started his professional career in the Rookie Leagues in Florida, and after the offseason, he was assigned to the Augusta GreenJackets before being promoted to the Rome Braves in July.

Now, he’s hitting against guys who throw a lot harder, who have much sharper breaking balls. He’s had to adjust his timing to account for that, also making the change from aluminum to wood bats. His time in collegiate summer leagues helped ease the jump — he ultimately played more wood bat games than aluminum bat during his collegiate career.

“He’s the scrappiest, grittiest guy you’ll ever meet in your life,” said Victor Scott, one of Durbin’s summer teammates in the Northwoods League who plays for West Virginia University. “I knew who he was before, but he definitely surprised me in our first game. I think he had like three hits or something like that. I was like, ‘Dude, Okay. I see why there’s hype around him.’”

After making some changes during his rookie season, he’s had an indisputably good spring and summer; he’s playing with players ranging from Venezuela to big-name Division I programs and completely holding his own. It was a transition, he said, but not as big as he initially thought. Once he re-adjusted his timing, he’s been one of the top bats on the team and leads the club in stolen bases.

“It’s not like I was a fish out of water or anything like that,” Durbin said. “I’ve made a transition [to] where I’m not only able to play well, but also, I’m comfortable.”

He’s always been good at knowing what he should fix or tweak, and he credits his offseason training base Line Drive with helping him adjust his swing to unlock more slugging and power.

Plus, coming from a school with a subdued sports culture, he’s especially noticed the community around the team. “I actually have fans now at my games,” he said. “I’m playing with all these really good players. There’re scouts at every game. It’s fun because it makes every night enjoyable; when I’m playing in front of a lot of fans, I’m even more locked in.”

Granted, no one who saw Durbin play at WashU’s Kelly Field should be particularly surprised.  Durbin’s talent shone against questionable fielding from local competitors and pitching that only occasionally clocked in the 90s. His situational awareness was always evident; he recorded 20 stolen bases his junior year and was only caught stealing once.

Durbin sacrificed his senior year of college for playing pro ball, but for him, the two weren’t mutually exclusive. He took five classes in the fall and four in the spring, and he emerged from that with a degree. He’s now one of two position players on his current team to have a college degree, and he said that he is considering an internship for the offseason.

“You can only train so much, right?” Durbin said. “I’m pretty good about wanting to do the most that I can. But even with that, I’ll have so much time, so I feel too guilty wasting a Washington University degree this early in my life.” 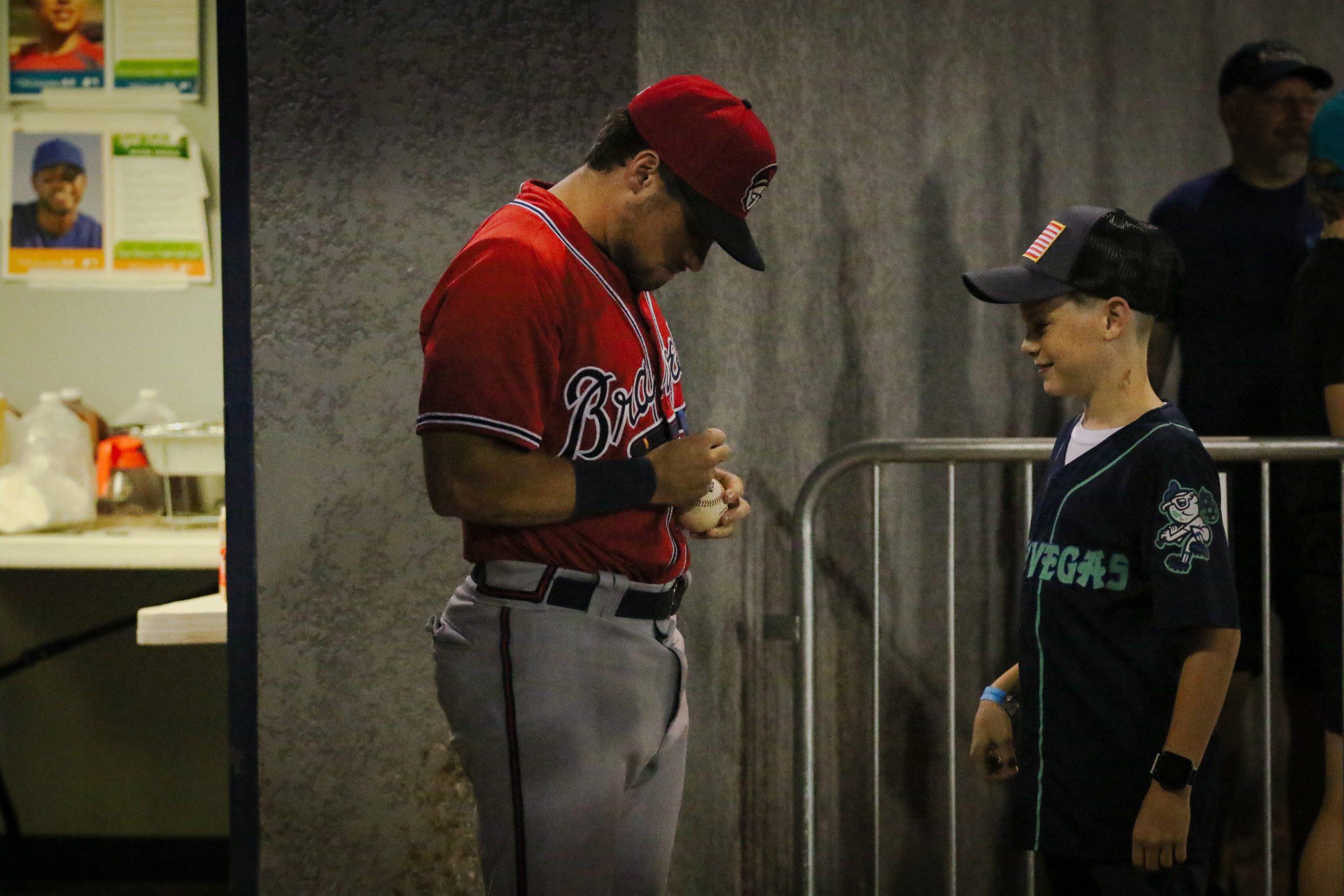 Apart from his day-to-day job, there are a lot of variables that he has no control over. He doesn’t know if the Braves will keep him in Rome for another season or send him up — he’s a small piece in the bigger puzzle of the Braves farm system. He’s had to adapt his mindset; he wants to move up, don’t get him wrong, but he’s also been trying to stay present.

For now, Durbin’s life is a lot of baseball and bus trips. He’s had Kid Cudi on repeat as the team has traveled across the southeast. The pure novelty of pro ball may have worn off a bit, but he’s still had some moments of reflection. Some of his WashU teammates made the trip down to Augusta and stayed with him.  It was a surreal moment for Durbin to have his former college teammates on the sidelines of his professional game.

“My whole WashU team [includes] some of my best friends,” he said. “For the rest of my baseball career, I’m going to make really good friendships, but those are the guys that were there from the start.”