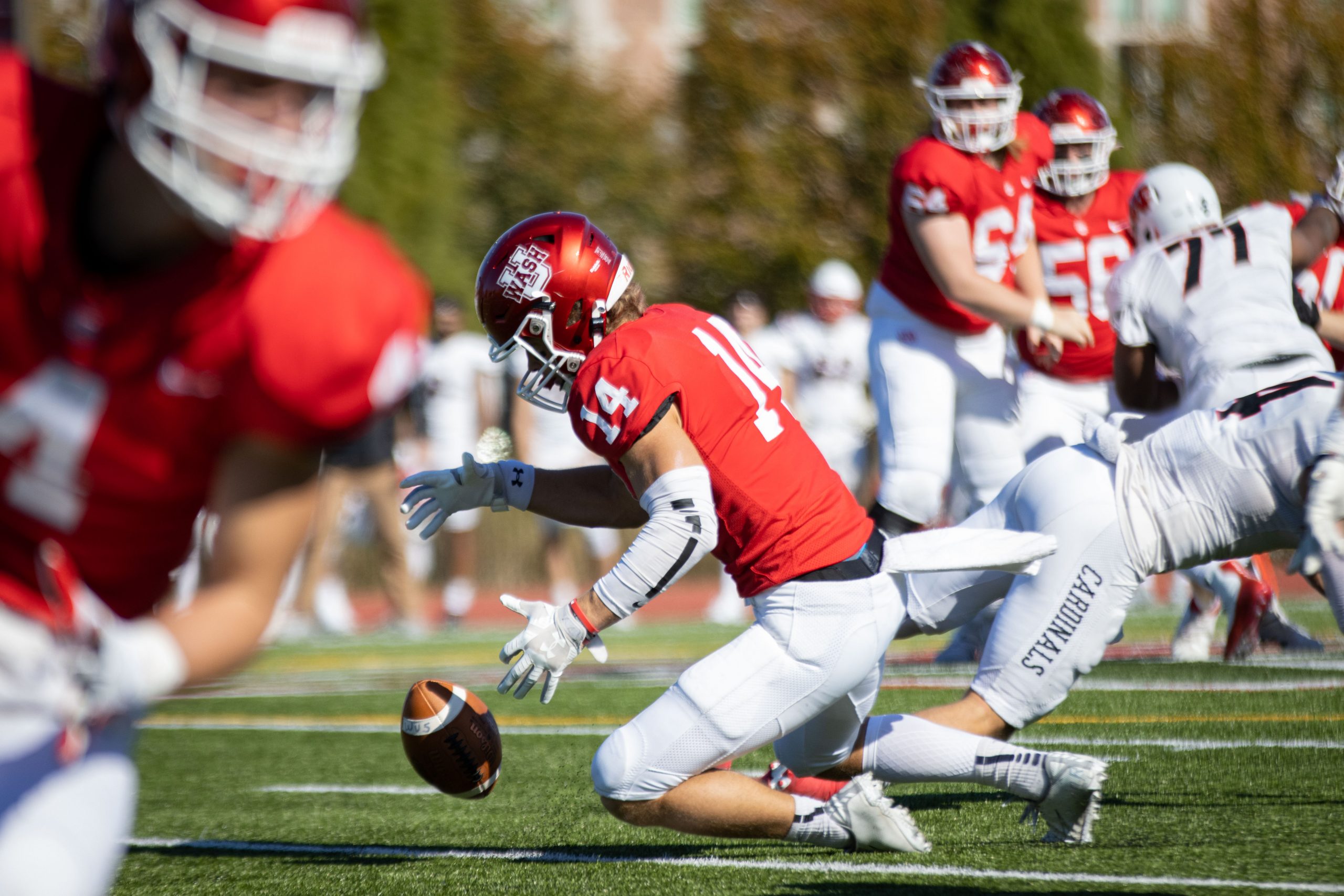 Entering Saturday’s contest, the Washington University football team sought to extend its four-game win streak against top-ranked North Central College. A stalwart Cardinals defense and potent Cardinals offense, however, spoiled the Bears’ aspirations, causing them to drop to 6-3 on the season in a 59-20 loss.

North Central put the Bears in a tough spot early on, scoring two rushing touchdowns and returning a punt for one before the end of the first quarter. The Cardinals’ early offense quickly morphed into a scoring deluge, with North Central scoring three more touchdowns in the second quarter to take a 42-0 halftime lead. While the Bears were able to string together a couple drives with multiple first downs, none proved fruitful, as the North Central defense eventually stalled those drives with timely, late-down sacks.

Last week, head coach Aaron Keen mentioned that the Bears would need to play “a lot cleaner football” in order to compete with a North Central team that beat its first eight opponents by an average of 46.6 points per game. Although the team ultimately was not able to do that, Keen said “playing clean football” was something the team focused on coming out of halftime. “[We] talked about [it] at halftime — [to] just put on a performance the team could be proud of and play good football, Washington University football,” he said.

And the Bears did just that. After their initial second-half possession concluded with a blocked field goal attempt, the Bears rallied on both sides of the ball to reverse the game’s trend. A 62-yard strike from junior quarterback Matt Rush to senior receiver Jared Harrison led to a three-yard receiving touchdown for sophomore receiver Gabriel Sirek with 8:42 remaining in the third; after the Bears forced an interception on the Cardinals’ ensuing possession, the offense capitalized on its fortuitous starting field position with a 15-yard passing touchdown from Rush to senior tight end Sam Fenske. The Bears defense forced another interception late in the third quarter, and the offense actually went on to outscore their Cardinals counterpart 20-17 in the second half.

For the team’s seniors, who were honored pre-game with Senior Day festivities, the taste of losing their final home game was likely sour — but Keen said he hopes they do not focus on it too much. “This group of 23 seniors, who have committed time to this program when they couldn’t play football and get after the things they wanted to, have done an incredible job with their leadership and determination,” Keen said. “[As] I noted to them at our pre-game meal, when we joined this league three seasons ago, nobody thought we were going to be in the top-three in the conference — and for three straight years we’ve been there. The seniors are the ones who’ve put us in a position to be successful in this conference, and I’m proud of that.”

The Bears will wrap up the regular season with an away game against Carthage College (3-6) at 12 p.m. on Nov. 13. Although the team cannot clinch the College Conference of Illinois and Wisconsin, a win next week would strengthen their position for one of three at-large bids to get into the playoffs. Keen said it’s “really important” to end the season with a win. “It’s our opportunity to finish in third place in the league and have it be clear cut,” Keen said. “[Our players] have one more opportunity to play with each other, and I think our players are going to play their tails off to try and win this game.

‘Building from the ground up’: Football prepares to start the Keen era