Fall sports finally return this week: Here’s what the coaches and players are saying

After a nearly two-year long hiatus, fall sports are finally returning to Washington University. From football to soccer to cross country, athletes have never been more excited to step back onto the field and compete with some modicum of normalcy. Given the stunning attendance this past Friday during a mere scrimmage for men’s soccer, fans are equally eager to see their teams back in action.

With that being said, much has changed since the last time these teams competed. New coaches like Aaron Keen have taken the helm, senior athletes have assumed leadership roles having not competed since sophomore year and, most importantly, unknowns loom large over all teams after such an extended break from competition. Student Life wanted to hear from the athletes and coaches themselves about their thoughts going into this long-awaited fall season.

How excited are the teams to return to competition?

Our athletes are hungry… the emotional wear of COVID is very real, and so I think it’ll be, for all the teams and for all the students, whatever you’re involved with on campus, I believe everything will be a little sweeter.

We’re just excited to play again. We have an extremely young team, we have a sophomore class now that hasn’t been able to play a true college season, we have a freshman class that hasn’t played a college season and we have a junior class that didn’t even get to complete a full year on campus. So we’re in this really unique position where our senior class has experienced playing, but we just have a really young class that’s kind of chomping at the bit to be able to play, so I think the general consensus is excitement.

How has the year without competition due to COVID-19 affected the team this year?

I feel like all the juniors are definitely in kind of an awkward spot because not many people play their freshman year and then obviously last year nothing happened. It’s definitely been weird to think that I’m the most senior quarterback on the roster — it’s kind of crazy to believe — but I’m definitely super excited and I’m ready to go.

I think it is a little bit more challenging just because we essentially have like two freshmen classes in terms of the now-sophomores don’t really know a lot of the team cultures and traditions. So [we’re] trying to restart a lot of the things that we couldn’t do last year in terms of preseason activities. Just like the team culture, bringing that back together has been, it’s been fun.

After a year or two of not playing, and now we have a new head coach too, we’re kind of building from the ground up a new culture and team.

How has the senior class stepped up after a strange transition from underclassmen to team leadership roles?

All our seniors have been amazing. Building community has been led by the seniors… the newcomers don’t really know what it means to be on the soccer team, and I think that [the seniors] are setting a really high standard and their own behaviors. I couldn’t ask for more out of them.

I think it’s so weird because mentally, I feel like I’m an upperclassman, but I don’t feel quite like a senior yet just because COVID took that year away from me. But it’s been really fun to step into a leadership role and be able to kind of coach and lead more on the team because we have so many underclassmen.

[The seniors] have been doing a great job. I’m super appreciative. We have two very good senior classes on both sides. So they’ve just been doing a bang up job and I really appreciate it.

What matchups or rivalries should fans be on the lookout for during the season?

There are three [teams] that have been to the Final Four over the last number of years at one time or another, and they’ve come in to play against us [this year], one being North Park, one being Wheaton, and one being the University of Chicago. Those will be great matchups to watch.

I am really excited for East to West Battle, which is held at [Cal Lutheran], and we’re playing [Claremont Mudd Scripps], Cal Lutheran and St. Benedict… I’m really excited to see what we’re made of against these top 10 teams right at the beginning of the season

[Conference championships] will be fun, especially since we didn’t have it for track in the spring… I’m looking forward to getting back to competing with those teams.

I’m probably most excited for University of Chicago, which is our first game, probably just because I’m excited to play again… it’s a little bit of a rivalry and it’s something I’m really looking forward to. 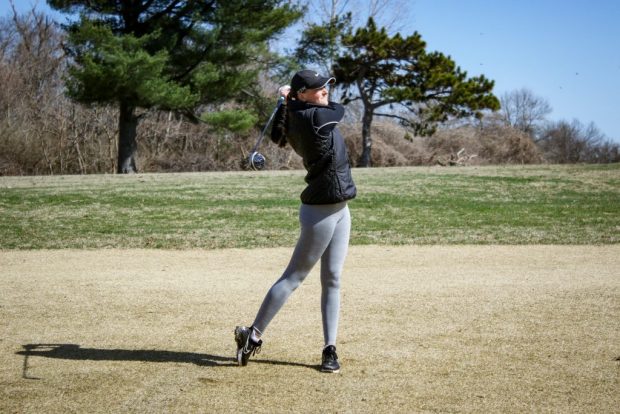 I would say watch out for us just crushing it.

The fall season kicks off Wednesday, Sept. 1, with four teams competing, followed by a full slate of matchups on Friday and Saturday.

The StudLife sports section is looking for new reporters to help us cover the return to fall athletics! If you’re interested in becoming a beat reporter, let us know by emailing [email protected] (you don’t have to have any journalism experience, just a strong work ethic and a desire to learn).

Want to know what you missed from WashU sports over the summer? We’ve got you covered.

‘The story of the World Series was just the missed opportunities’: Baseball ends historic season with a loss in Final Four to St. Thomas