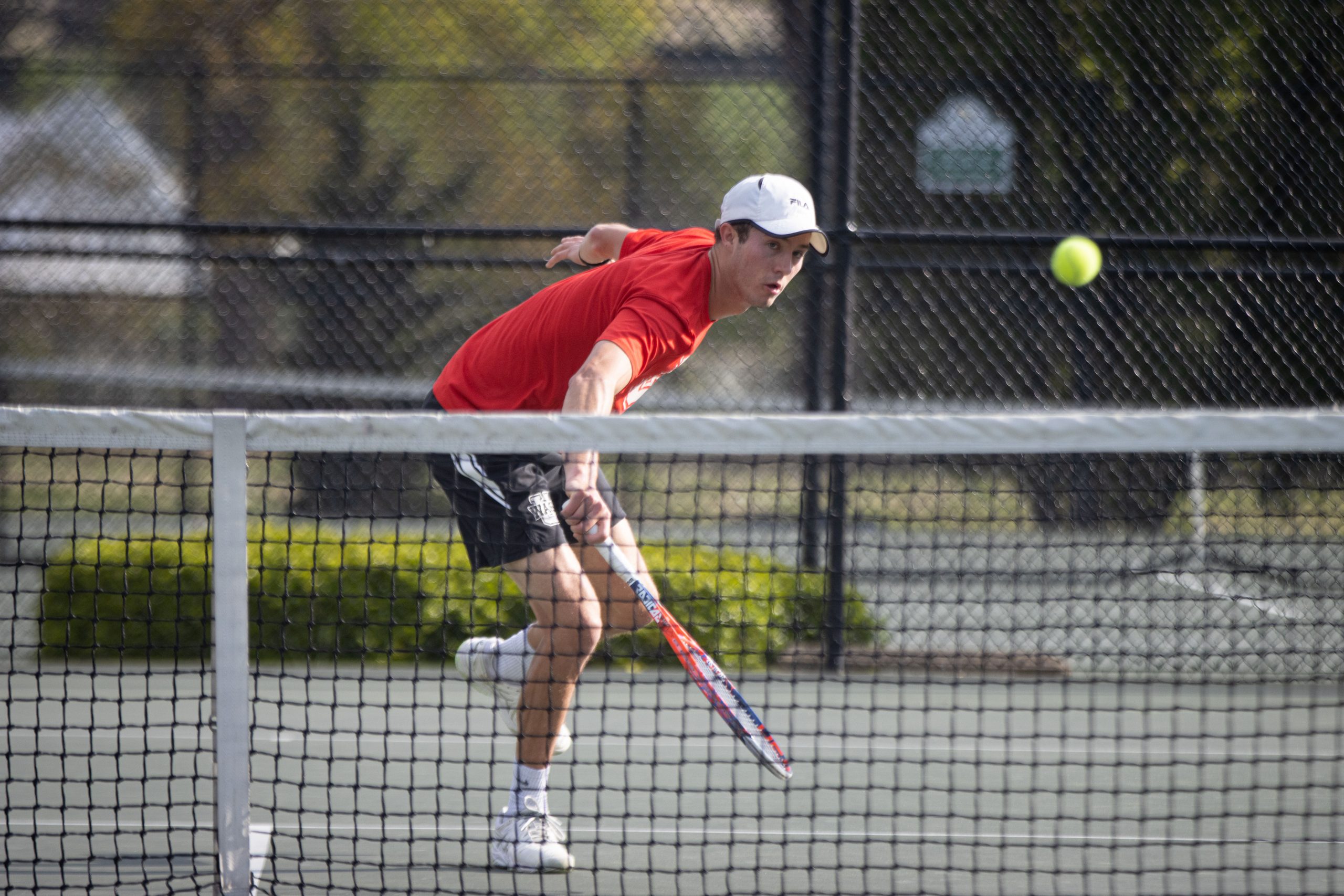 Senior Ethan Hillis plays against Principia College in Forest Park April 9. The Bears will face one of their toughest opponents of the year, perennial contender Emory, on Saturday. (Photo by Curran Neenan | Student Life)

Hillis has not lost a single match this season in singles or doubles, undefeated with a singles record of 10-0 and a doubles record of 9-0. Altmeyer has been almost as perfect, with a 10-0 record at second singles and just one doubles loss (a record of 9-1 on the season). From top to bottom, however, the team has excelled, and their sparse match losses for the entire season indicate as much.

The team’s next match is against Sewanee on Friday, but a bigger test for the Bears will come Saturday. Sewanee is 5-8 this year, while the weekend’s second match comes against Emory University, a consistently elite team in Division III men’s tennis. Emory has won three championships in the past decade, winning the last national championship in 2019. In 2019-20, Emory was ranked first in the nation before the season was canceled. Emory is currently 4-1 in 2021.

“They’ve been through it all, they’ve won many championships.” Ramireddy said of the Eagles. “Walking in and knowing that if we win this we’re pretty much guaranteed a spot at nationals gives this extreme importance. We’re dialed in and we’re really excited for this challenge.”

Ramireddy was confident ahead of the matchup against Emory. “I believe and this team believes that we can win a championship this year,” he said, “and I think anything less than that would be a disappointment.”