Track and field comes first and second at largest meet yet 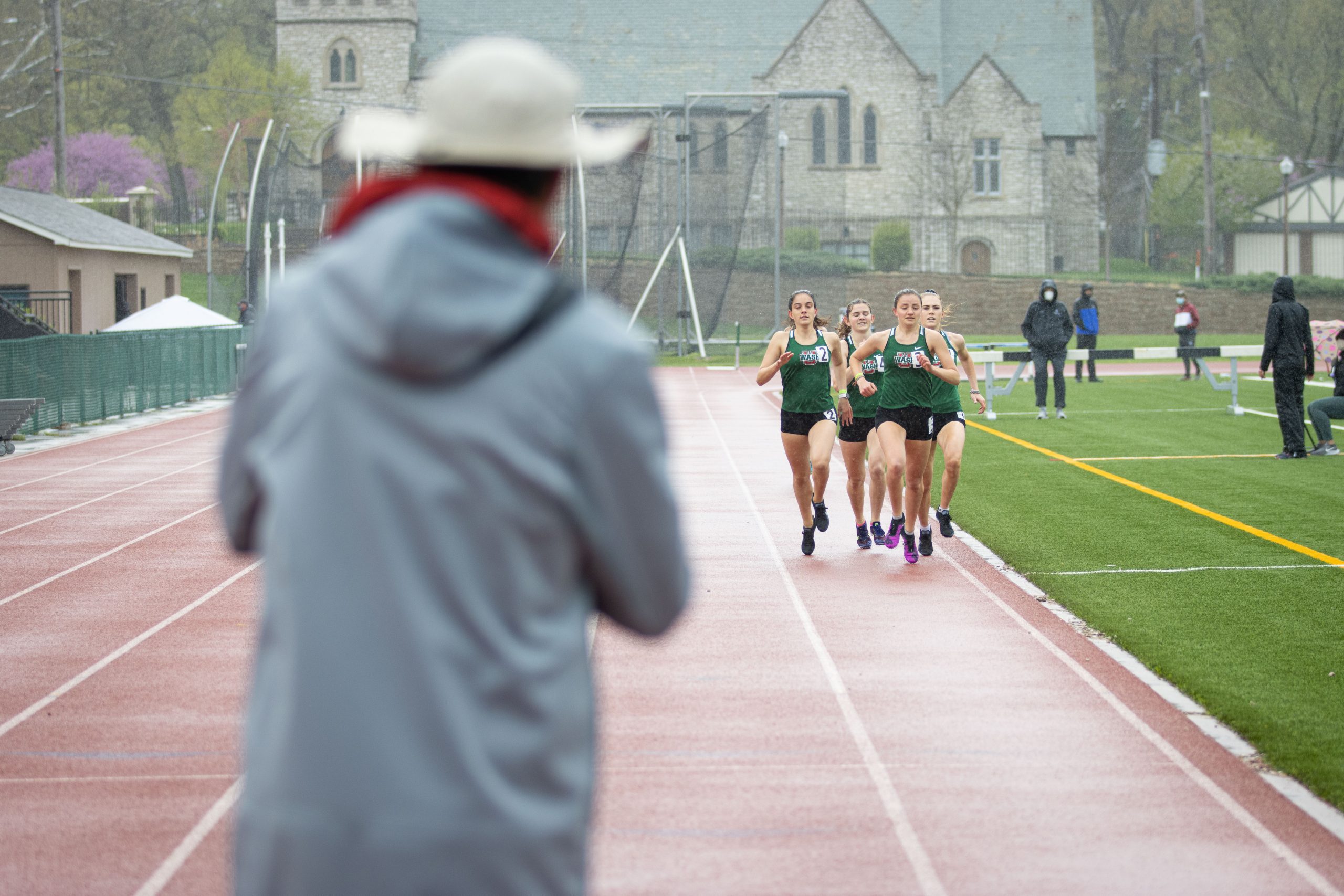 The Washington University men’s and women’s track and field teams came first and second at the Wheaton College Invitational Saturday. The men’s team’s performance raised them 14 spots in the rankings, from No. 25 to No. 11, while the women fell two spots, from No. 10 to No. 12

In the field of seven colleges—the Bears’ largest meet of the year so far—athletes from each team recorded 15 and 17 personal best performances, respectively. “It was an exceptional weekend,” head coach Jeff Stiles said.

Senior Andrew Whitaker led the men’s team with three first-place finishes, including as a part of Wash. U.’s “all-W” 4x400m relay team (sophomores Jack Henry Whetstone and Marcus-Jay Wilkes and seniors John Harry Wagner and Whitaker). On the women’s side, senior Julia Dannenbaum, junior Emma Walter, and sophomore Aoife Dunne captured first place finishes, with Dunne also recording a personal best time in her 800m race. “I think we all did so well because there’s a general understanding that we’re so lucky to get to compete and we owe it to ourselves to get out there and do our best,” Dunne said.

A balance between veteran production and young breakouts has proven a winning formula for the Bears. Stiles credits his senior athletes with setting positive examples for their younger teammates. “They have set a really great tone,” he said. “They’re super competitive and really into it, and it’s just one of those things that has a huge trickle effect.”

Stiles referenced the underclassmen-led women’s 800m team, on which all runners have run performances in the top 15 in the nation, as one of many examples of senior influence paying off on the track. “In one event to have four people [ranked so highly], that’s very rare, and I think it’s partially because the seniors have done such a good job,” he said.

Dunne agreed. “They’ve stayed so positive and have really helped us stay motivated,” she said.

The team’s concentration of talent in the senior class, including what Stiles believes to be “some of the all-time greats” of Wash. U. track and field history in Dannenbaum, Caira Watson-Haynes and senior jumper Eka Jose, has provided much-needed consistency—consistency that, in a chaotic year laden with uncertainty, cancellations and restrictions, has become vital. Dannenbaum has remained positive and driven as a veteran voice. “Our team loves to compete, and we’re so excited just to have that opportunity, so we’re making the most of it,” she said.

The Bears will look to continue their spring season on Friday at the Rose-Hulman Twilight Meet.

Other spring sports stories, from the field to the court to the track: