Despite the change in calendar year, Washington University’s basketball teams remain stuck in holding patterns. The University Athletic Association has already canceled all conference games this year. And in line with many of its UAA counterparts, the Athletic Department has maintained its own internal restrictions on practices and local competition. Individual players have been limited to masked shooting and non-contact practices, and it is still uncertain whether men’s or women’s basketball will be able to practice with contact, yet alone play against other teams. 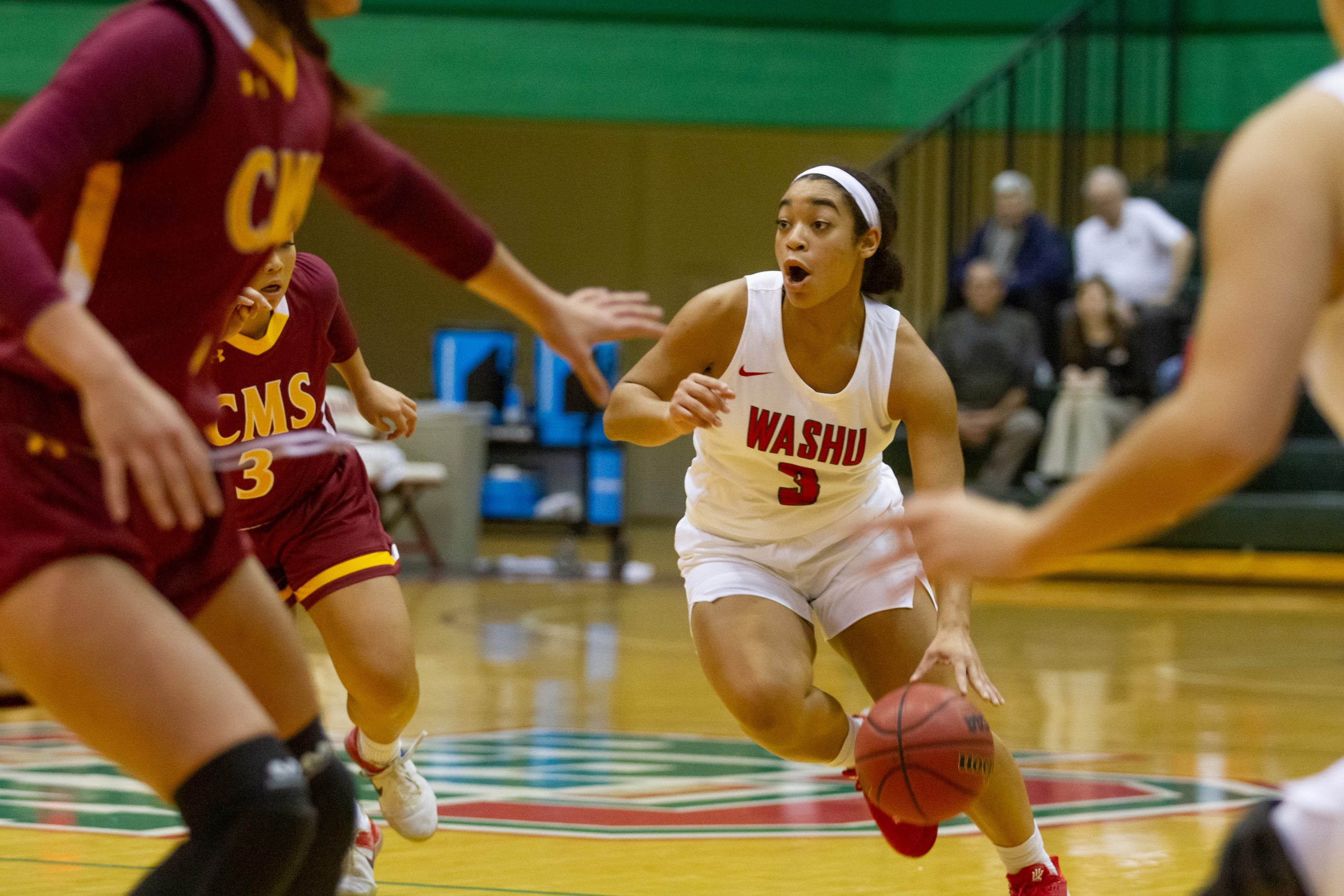 For women’s basketball head coach Randi Henderson, the extended lapse has provided a unique opportunity to think outside the box and re-tool the Wash. U. student-athlete experience. Many of the team’s activities have moved off the court to Zoom, where Henderson has focused on building the team’s culture and rapport. “We’ve had some speakers come on to our Zooms that have been really great on leadership and worked with the diversity and inclusion office on campus,” Henderson said. “I think the good part about this downtime is that we’ve been able to continue to really get to know each other better and as players and as people.”

Henderson has also been forced to adapt her recruiting process to a remote environment. The pandemic postponed Wash. U. teams’ summer athletic camps and has canceled many high school basketball seasons, which are typically important recruiting tools. For the games that have been played, attendance has been highly restricted, forcing Henderson—who prefers to watch potential recruits play in person—to watch tapes virtually through Zoom.

Fortunately, Wash. U.’s vast array of resources and academic reputation have allowed both the men’s and women’s teams to continue finding fresh talent. Men’s basketball coach Pat Juckem specifically praised the admissions office’s vast outreach apparatus. Trappings such as virtual tours allowed prospective athletes to get a sense of what it looks like to play for the Bears.

Sophomore Charlie Jacob protects the ball from a University of Rochester defender last winter. The Bears made it to the Sweet 16 before the NCAA tournament was canceled because of the COVID-19 pandemic.

Juckem believes that many of the new recruiting and team bonding practices will stick, even after the pandemic recedes. “We’ve certainly watched a lot more film of prospective athletes,” he said. “In some ways, we’ve developed deeper relationships, because it was really the only thing we could do. We had more face-to-face interaction, and it really forced us to be creative.”

Coaches and players have also gained a new sense of perspective and appreciation for competitive basketball. Just ten months ago, the men’s basketball team was poised to make a splash in the NCAA tournament, four short wins away from a championship. That now seems like a distant past. “I think the hardest part about some of the loss of opportunities this year is that these opportunities are finite,” Juckem said.

A return to competitive play in next few months seems unlikely. Henderson worries that even if Wash. U. does allow its teams to play locally, the lack of formal practices may heighten the risk for injuries. But for both teams, the unusual interlude has served as motivation to leave it all on the court when basketball finally does return. “I’m really proud of the way that my players have handled the lack of knowing and the constant adjusting,” Henderson said. “They’ve stayed super flexible. I think they’ve kept really good attitudes.”

The hunger to win—particularly to honor those seniors whose final years have been stunted by the pandemic—runs deep in these teams’ cultures. “I think one of the hallmarks of our team is how connected they’ve been,” Juckem said. “Our older players take the younger guys under the wings and show them the ropes, not only within the sport, but also navigating Wash. U. In return, certainly those younger players feel indebted. I think you always have that dynamic where you want to send your seniors out in the right way.” Wash. U. athletics are not quite back yet. But when they return, you can be sure the Bears will be ready to play their hearts out.

Read more of Student Life’s coverage of how Washington University sports teams have handled the pandemic:

‘I always want to be pushing myself 100%’: Karisa Grandison on keeping her mind and game sharp

Despite challenges, a renewed sense of promise accompanies the return to practices

Athlete of the Week: Volleyball senior Kirby Knapp on getting up after the sun and a fall without round robins