Matt’s Musings: My thoughts on the election (spoiler: not good)

I think I now know what it’s like to be a Dallas Cowboys fan. To have such high expectations year after year, yet to always be let down. Usually, the Cowboys are average, finishing somewhere around 8-8. Sometimes, they’re downright bad, like this year. With Dak Prescott hurt and a locker room rebelling against the coaching staff, the Cowboys sit at 2-6 and are playing some of the worst football in the league. To be fair, Dallas does make the playoffs once in a blue moon, but they always get bounced in the Wild Card or Divisional round. All those promised Super Bowl titles Cowboys fans love to tell everyone about? They never come. Ultimately, the Cowboys fail to meet the expectations bestowed upon them.

Perhaps it’s fitting, then, that “America’s Team” is such a perfect microcosm of the larger state of America. In case you haven’t heard, the US held its national elections Tuesday, including the one for president. As of this writing, results remain unclear, but we do have some idea of how things are looking. It appears that Democratic nominee Joe Biden is on track to defeat incumbent Republican Donald Trump by a narrow Electoral College margin. Again, as of right now (afternoon on Wednesday, Nov. 4), it is too soon to project a winner as ballots still need to be counted in Arizona, Pennsylvania, Nevada, Georgia and North Carolina. Everything is still very much up in the air, but the edge seems to belong to the former vice president. 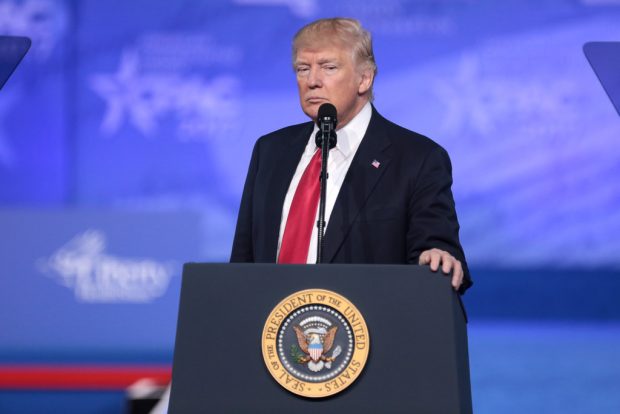 In the wee hours of the morning, when Trump still led in Wisconsin and Michigan but it had become apparent that outstanding ballots in Milwaukee and Wayne County, respectively, had a strong chance of tilting those states blue, CNN commentator Van Jones made a point that described exactly how I was feeling.

“We wanted to see a repudiation of this direction of the country, and the fact that it’s this close hurts,” Jones said. “It just hurts.”

For the last four years, Donald Trump has been a consistent failure as a human being, let alone president of the so-called (I’ll get back to this) greatest democracy in the world. It would be impossible to list each and every way in which he has been such an embarrassment, but I’m going to do my utmost here: putting immigrant children in cages and separating them from their parents, giving massive tax cuts to the rich (his only significant piece of legislation), decimating environmental regulations, making 22,247 false or misleading claims as of Aug. 27 (per the Washington Post), nominating three Supreme Court justices with serious problems either concerning character or the circumstances of their appointment, imposing a de facto Muslim ban, trying to use foreign allies to acquire dirt on a potential political rival, refusing to denounce white supremacy on numerous occasions, eroding the democratic institutions of government and now questioning the election results, thus undermining the most fundamental principle of a democracy.

That’s just what he’s done. As president, half of your job concerns policy and things that your administration does, but half of it is also about how you act and lead. Trump has also failed on that second part, being a racist, sexist, xenophobic demagogue with a fetish for autocracy who is entirely unfit to lead a country.

All of these are severe marks against him and they should have resulted in a blowout election where the United States of America— apparently the greatest country in the world, land of the free and home of the brave—said in one voice, “We reject this fascist, the same as we did 80 years ago in Europe.” Instead, he finds himself a day later with a legitimate chance of reelection.

I’m feeling many emotions right now: disgust, anger, betrayal, disappointment. Most of all, though, I just feel let down. I’ve always known this country has major flaws. Most metrics by which countries are compared—HDI, GINI, Democracy Index, etc.—clearly do not put the US at or even all that close to the top. 2016 definitely spotlighted our problems for me. Nevertheless, I still always felt a sense of pride in my nation. I bought into the notion that, for all its problems, America was a special place.

It turns out that it isn’t. Or at least it’s no more special than any other place on Earth. American exceptionalism is a lie, merely nationalism wrapped in a pretty bow. The very belief that America is somehow “the best” is our greatest flaw. It keeps us from admitting our weaknesses and mistakes. Most people learn a heavily propagandized version of history that over-emphasizes our triumphs and omits or undersells our failures. It venerates everything about our society as is and makes progress near impossible. Why else would we be the one developed country in the world without some sort of universal healthcare system? Why else would socialism still be a taboo term in the Democratic Party, the supposed left-wing party of our political system? It promotes negative views of the “other,” seen most clearly in the historical and systemic oppression of Black people even though they’re just as American as anyone else and have been here longer than most white lineages.

Abraham Lincoln famously said, “A house divided against itself cannot stand.” That quote is thrown around a lot nowadays as the nation is perhaps the most divided it has been since the Civil War. People use it to get Americans to come together, to heal the divide. But they always leave out the next part, where Lincoln presciently predicted that the country would only go on as one full society, not one where slavery existed in some states and not in others. It was either all or nothing. Luckily, it ended up being the latter. But what that proves is that wounds as deep as ours aren’t healed by compromise. They’re healed when one side beats the other, or the wound becomes infected.

The United States, long the superpower of the world, is at a crossroads. I think this country can go one of three ways. The first is our society evolving to actually embody the values we’ve falsely claimed for so long, like freedom, liberty and equality. We need to root out any and all discriminatory attitudes like racism and sexism. Growing income and wealth inequality must be reversed. Climate change needs to be tackled with ferocity and speed, or none of this will matter. Our democracy needs to be greatly reformed, perhaps even going so far as to write a brand-new U.S. constitution. (That may sound blasphemous, but 30 American states have had at least two constitutions in their history.) There’s certainly more that must be done, but these are just a few pillars.

The second road we can go down is where the other side wins control of the nation. If that happens, America will probably survive, but it will become a place devoid of morality and reason where the minority reigns. It will be a democracy in name only where, at best, non-white Christian people are underrepresented, and, at worst, the Republican Party’s normalization of white supremacy and authoritarianism bears fruit in a decidedly not free country.

The third road is the one straight ahead, the one we’ve been on now for at least the last four years, if not longer (I would say longer). We solve none of our problems. Republicans and Democrats play out an eternal game of tug of war for a government that rarely helps its people no matter who is in power. The United States of America, like many great nations/empires/kingdoms before it, collapses under its own weight and becomes a shell of itself.

I believe America is a place still capable of greatness. Not greatness unique to us, but a human greatness, one that can be achieved anywhere under the right circumstances. A greatness we ourselves have achieved time and again in our relatively short history, like when we helped defeat fascism or put a person on the moon. We can do great things, I’m sure of it. But it is no longer enough to merely put aside our differences and come together for periods of time. We need to build a better, more sustainable unity, or else we risk ending up like our favorite football team: a bloated caricature of what we once were, or at least what we represented.