Paige Madara, a graduate of the class of 2013, will serve as Washington University’s next women’s tennis coach, the Athletic Department announced Thursday afternoon.

Madara, who played for the Bears from 2009-2013 before serving as an assistant coach from 2013-2015, will replace Kelly Stahlhuth, who resigned in July after 15 seasons leading the team. 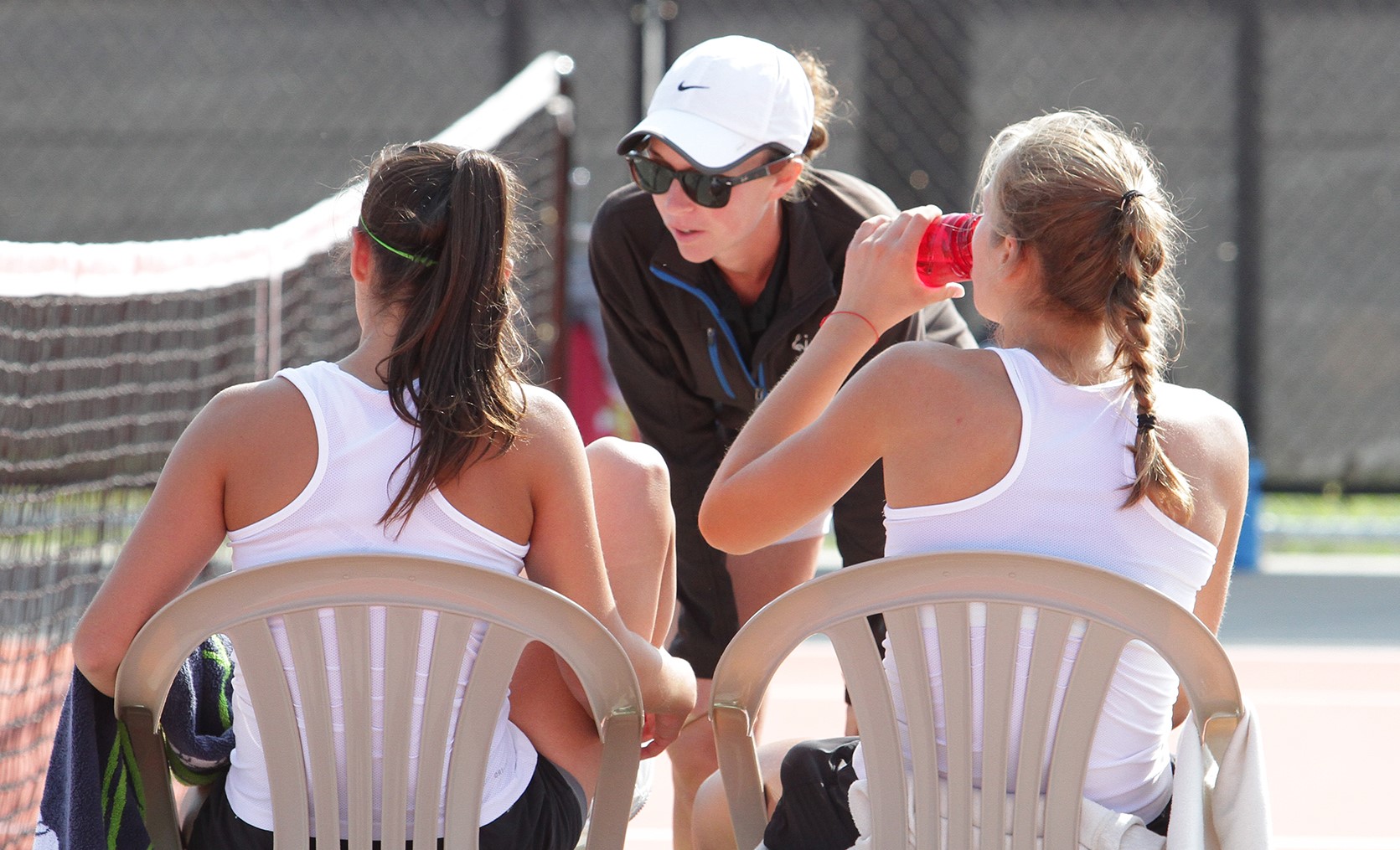 Madara speaks to players while serving as the tennis head coach at Grinnell College.

“[Madara] is a program builder who’s committed to the holistic development of student-athletes while simultaneously prioritizing partnerships with the campus community and alumni,” Director of Athletics Anthony Azama said in a statement.

After leaving the University in 2015, Madara served as an assistant coach at Washington and Lee College before amassing a 138-43 record over four years as the head coach for the men’s and women’s tennis teams at Grinnell College, where she was named the Midwest Conference Coach of the Year five times.

Check out our full story on Madara’s hiring.

As a player under Stahlhuth, Madara won 98 matches and helped lead the Bears to the NCAA Quarterfinals in 2013. “I am truly humbled and honored to return to my alma mater and lead the [Wash. U.] women’s tennis program as only the third coach in program history,” she said in a statement.

“She’s young, she’s energetic and she knows her stuff,” Stahlhuth said. She recalled Madara as a true team player and a fighter on the court, citing her performance against DePauw University in the second round of the 2013 playoffs as a show of her determination and grit. “She did everything she could to contribute and she was a key asset for our team,” Stahlhuth said.

Madara’s connection to the University was one of the main things that helped her stand out during the interview process. Senior Ally Persky, one of the team’s captains, told Student Life that Madara’s understanding of the team culture would be a major benefit for the new coach.“[Being an alum] will definitely help her hit the ground running,” Persky said. “She sounds like she’s really hungry and it sounds like she’s really going to push us to new heights.”

Madara will start in her new role Monday, a quick turnaround that will be a welcome relief to the players, Persky said. In the more than three months since Stahlhuth’s resignation, the team’s three captains have taken on many of the administrative responsibilities typically handled by a head coach, with tasks ranging from scheduling court time to coordinating with interested recruits.

“It’s really nice to have somebody else going to take the reins on some of those items,” Persky said. “We’re looking forward to having her get started here.”

Stahlhuth said that Madara would be ready to take on the challenges associated with coaching during the COVID-19 pandemic. “I’m really excited for the team and that they’ve got such an amazing leader,” she said. “The program is gonna be in great hands.”