Men’s soccer routed by University of Chicago, 3-0, in season finale

For the sixth year in a row, the Washington University men’s soccer team lost to No. 6 University of Chicago. The 0-3 loss on Saturday marks the end of the Bear’s season. Wash. U. finished the year with an 8-7-1 record.

The Maroon struck early in the match to take the 1-0 lead in the 11th minute. The Red and Green failed to respond, and Chicago furthered their lead in the 23rd and 38th minutes of the match.

Chicago outshot the Bears in the first half, 6-2, and the home team went into the second half with a three-goal lead. 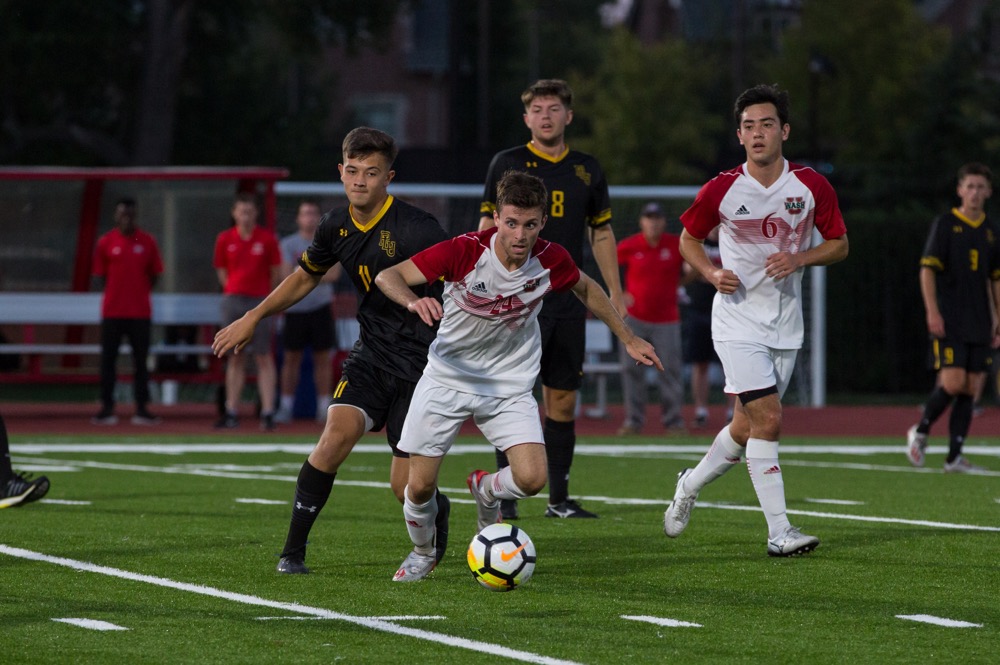 “Chicago surprised us and lined up differently than they had in any of the UAA games,” said head coach Joe Clarke. “We prepared for their team to be arranged in a certain way and in the first half that caused some problems. We rearranged ourselves in the second half and that helped quite a bit.”

Wash. U. came out strong in the second half, but could not find a way to reach the back of the net. Wash. U. had eight shots during the second half compared to Chicago’s two shots.

In total, the Bears outshot Chicago 10-8. Out of Wash. U.’s ten total shots, two of them were on goal, while four of Chicago’s eight shots were on goal. Sophomore Alistair Shaw led the Bears with two shots.

Wash. U. had two corner kicks, one in each half, but the team failed to capitalize on them.

“Chicago was very good, particularly in the first half,” Clarke said. “They moved the ball well and they created some good chances to score. They didn’t get a lot of chances but the chances they got were good chances and they finished them well.”

The 8-7-2 overall record for the Bears is an improvement from their record last season of 7-7-2. Wash. U.’s UAA record this year fell to 3-4 compared to last season’s 3-2-2 record. Despite the up and down season, Clarke was optimistic about the future of the team.

“There was no quit. We kept pushing until the final whistle blew,” Clarke said. “I think we have a really good foundation in the team, and we will have a very good recruiting class. I’m looking forward to next year. I’ll miss coaching the guys and I’ll miss having practice every day. I am going to miss seeing these guys every day, because we have a tremendous group of kids, and it’s an honor to be working with them. They’re just great and they’re dedicated, and they want to be good.”