Swimming and diving opens DIII season with win over DePauw

The Washington University swimming and diving team put on an impressive performance in their home dual meet on Saturday against DePauw University, beating the Tigers by a combined score of 317-200, as the men’s and women’s teams both won their competitions with scores of 155-94 and 162-106, respectively. 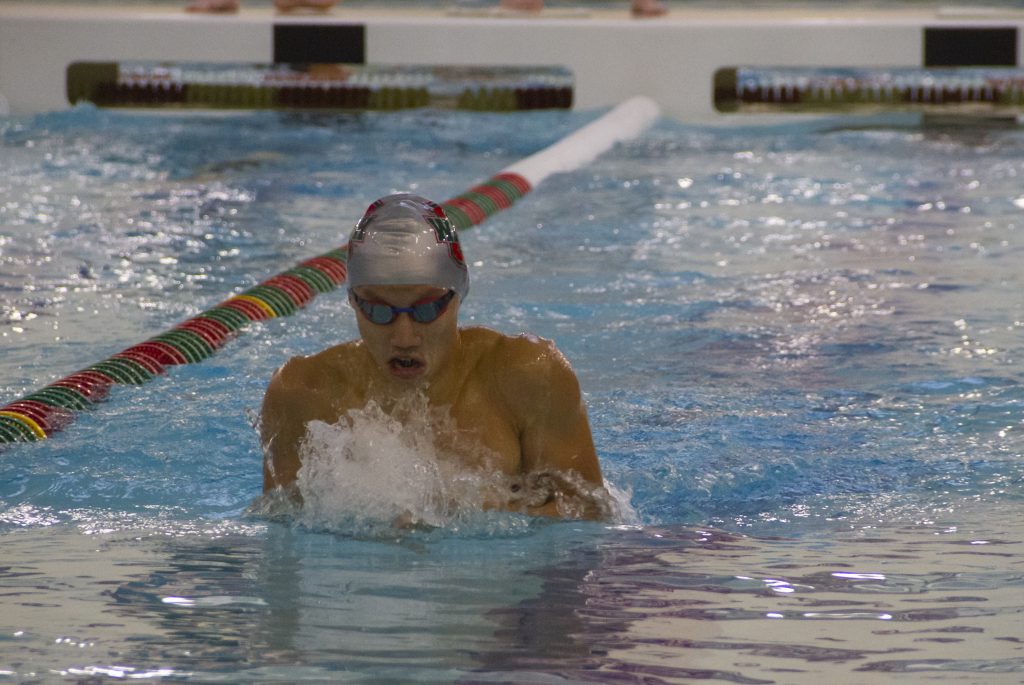 Freshman Kevin Hao completes the last lap of the 200-meter breast-stroke. Hao placed second in his heat with a time of 2:06.93.

“We had a lot of really fast times. A lot of our swimmers are tired right now, they’re sick, and they have had busy weeks in the classroom and not enough sleep, so in some ways they are [running] on fumes,” head coach Brad Shively said. “So they’re spiting through it right now, and they still come up with some really great swims.”

The Bears continued to demonstrate their depth of talent throughout the match, as the team recorded many top-place finishes from several swimmers. They recorded first-place finishes in all of the relays.

The Bears never let up during the meet, allowing them to rack up points and extend their margin of victory.

“One of the things I was really happy about was that we had some really good swims at the end,” Shively said. “We were really strong at the end of the meet and during the relays. You have to find a way, no matter how tired you are, to ramp it up.”

“Just looking at today’s meet, we will focus on what we did wrong versus what we did right and work on those things in practice,” senior captain of the men’s team Peyton Wilson said. “Hopefully that will contribute to more success in the meets.”

Looking ahead, the Bears face their rivals from the University of Chicago Nov. 9. The meet will be the team’s third home event of the season and the Bears will look to keep their winning streak alive.

“Two weeks from now we have University of Chicago coming in here. They’re a top 10 team,” Shively said. “They’re really, really good and we’re going to have to be at our very best to have an opportunity to compete against them.”