I did it. Despite all the obstacles, I made it to 20. Through illnesses and poor decisions, I’ve managed to keep myself alive for two full decades. It has been a struggle since Day One. I came into this world on Feb. 21, 1999, and immediately went to the neonatal intensive care unit due to “meconium aspiration” – the fancy term for swallowing poop in the womb. Bouts of pneumonia, gruesome finger injuries and scrapes have tried to take me down, but I have faced them all and emerged triumphant. I have officially survived my teenage years.

A lot has changed since Feb. 21, 1999. The last year of the millennium was a weird sports year, marked by the end of multiple eras. To mark the end of my youth, I want to take a look at year one to see if I can draw some insights. I found an article that listed the biggest sports moments of 1999. These are my thoughts on them. 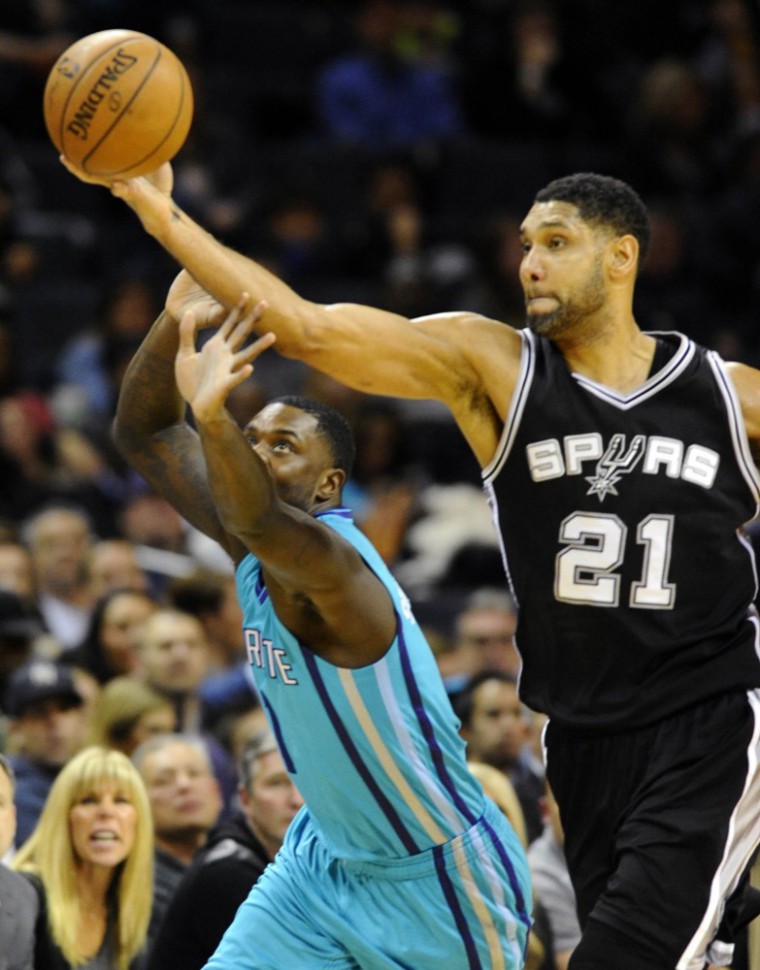 Tim Duncan protects the ball from Lance Stephenson during a game between the San Antonio Spurs and Charlotte Hornets, Jan. 14, 2015. Duncan entered the NBA in the 1999 season.

We Live for Just These Twenty Years

Tim Duncan was in the prime of his career in 1999. He was in the prime of his career for almost his entire career. From 1997 to 2014, Tim Duncan was the most consistent player in the NBA. He entered the league, a frowning, fundamentally sound power forward who could score at will against talented opponents. In 1999, Duncan averaged 21.7 points and 11.3 rebounds. The Spurs would win a championship that year behind Duncan and Navy man David Robinson. In the deciding game, Latrell Sprewell, a poor man’s Allen Iverson, scored 35 points. Duncan scored 31. But those stats couldn’t be more different. Sprewell was electric and fun—this made him the anti-Tim Duncan.

Tim Duncan played the most boring basketball in the league for nearly two decades. He wasn’t the freak athlete that Lebron James is. He also wasn’t the spectacular play generator that Shaquille O’Neal and Kobe Bryant were. Watching Tim Duncan play was like watching someone fishing. He was patient and efficient. In his worst season, he shot 48.4 percent from the field. He hovered just over 50 percent for his entire career. He took mainly lay-ups, bank shots and wide open mid-ranged jumpers. He was unguardable even though he moved at a speed of three miles per hour. He was perfectly capable of taking over a game, but he was also capable of sinking into the background, playing great defense and quietly producing a 20-point and 10-rebound game.

As Duncan’s career reached its end, his game didn’t change at all. He passively scored 10 points in the exact same way he did a few seasons before. At any moment, he could have vanished from the court and I don’t think I’d have noticed.

Until he finally retired. Gregg Popovich, the Tim Duncan of coaches, continued to plug players into his bland system but it was never the same without Duncan. He was the boring player that held Popovich’s boring system together. Without him, there was a bit of excitement. It was terrifying.

Do we have to die for the fifty more?

John Elway of the Denver Broncos retired after winning a Super Bowl. There’s something admirable about going out on top. Most people do not. Dan Marino played one of his worst games for the Miami Dolphins before he walked away from the game. After winning a game of Smash Ultimate a few nights ago, I played another round as Little Mac, self-destructed three times, then left in shame. Elway got to walk away the right way: holding a trophy that he earned for the same team that he would spend my entire life ruining.

The existence of the Cleveland Browns and Peyton Manning are the only reasons John Elway isn’t more widely mocked for his inability to find a franchise quarterback. This is the man who gave Fullback/Tight End Tim Tebow a shot at quarterback, who thought Brock Osweiler—whose only notable achievement in the league is that he has faced the Chicago Bears on three different teams and won every time—was a franchise quarterback. The casual reader may not know who Paxton Lynch is. He was the kind of draft bust that flounders so pathetically that no one even notices when he leaves the league three years later. Peyton Manning showing mercy to Elway and playing two and a half good seasons of football saved the Broncos from being the most undeniably mediocre team of the decade. After that mercy elapsed, Elway immediately went and got perennial back-up quarterback and cool name-haver, Case Keenum, and former Ravens great and current Raven’s bench warmer, Joe Flacco, to lead his team to a 6-10 record next year.

Michael Jordan also retired in 1999. He made his mark on the NBA and was moving onto greener pastures, like ruining Kwame Brown psychologically and wasting Kemba Walker’s prime. No one gets to choose how it ends. The all-time greats secure their legacy against any challenger, but they can’t secure it against themselves. The best you can do is walk away very slowly and pray to god there are no banana peels nearby.

Where have all Papa’s heroes gone?

Less than a month after I was born, Joe DiMaggio died. This is mind-blowing to me. Joe DiMaggio is ancient enough to be referenced by Simon and Garfunkel in a song that came out before my mom was born. His life included both World Wars, the societal change of the 1960s, the conservative revolution of the 1980s, and my birth. And now “Joltin’ Joe has left and gone away.”
Joe DiMaggio feels like he’s worlds away from me. The struggles of his life are so foreign. The world I live in looks nothing like Joe DiMaggio’s, but it all feels so permanent. In 70 years, right now will be as foreign as the 1950’s. I’ll be the old man yelling about the good old days as the kids sit on their holograms and pass me by. It’s all so terrifying and there’s nothing I can do to stop it. The world grinds forward at a breakneck pace and we must either adapt or become obsolete.
But happy birthday, I guess.