All eyes on PyeongChang: What we’re most excited for in the Winter Olympics

February can often be the worst month of the year. It feels like it has been cold forever and there is no clear end in sight. The Super Bowl happens at the beginning of the month, and there aren’t really any meaningful college or professional basketball games until the end, leaving a dead chunk of cold darkness with no sports to cheer you up. But not this year! This year is a Winter Olympics year, which means that by the time you are reading this, we will already be in the midst of a flurry of two weeks of nonstop sports entertainment. Even if you’re not a sports fan, the Winter Olympics always make for great storylines, which is why there are so many great Winter Olympic movies: “Miracle,” “Cool Runnings” and most recently “I, Tonya.” There’s something for everyone, and here is what our staff is most excited for. 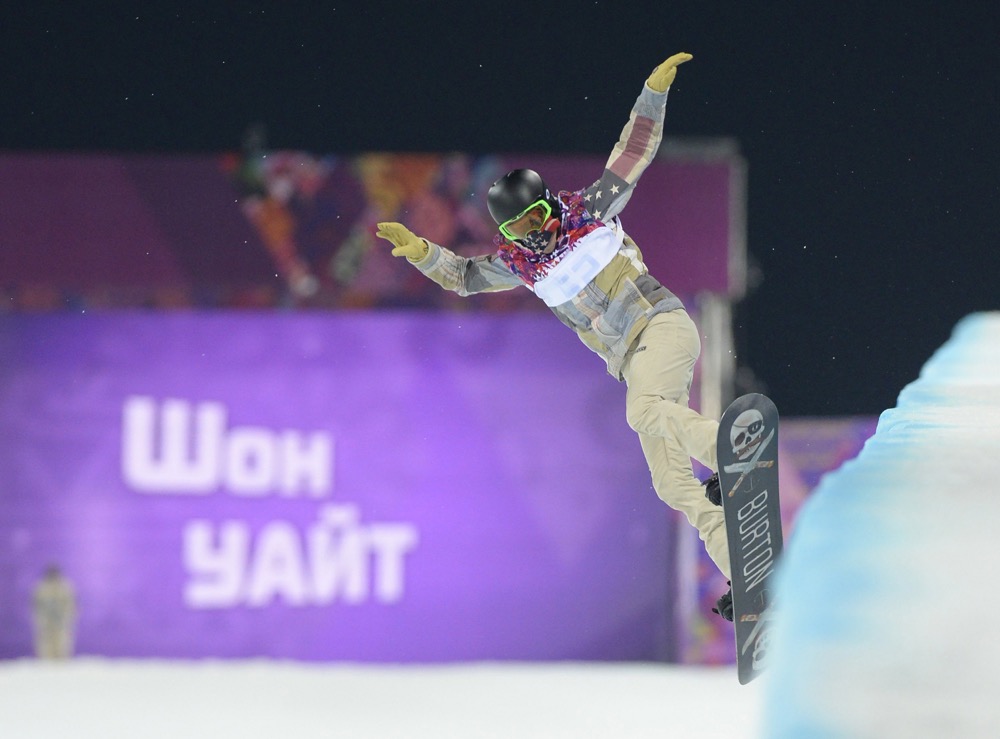 Shaun White performs in the men’s snowboard halfpipe event in the Sochi Olympics last year. This year White looks to add another gold medal to his collections.

I have heard several people over the past few months say that hockey will be boring at this year’s Olympic games, seeing as the National Hockey League refused to let its players leave for Pyeongchang. I would counter, however, that this is great news. The single most iconic moment in Olympic hockey history—accompanied by perhaps the most famous call in American sports broadcasting history—was Team USA’s 1980 win over the Soviet Union. That American team was made up entirely of recent college graduates, the vast majority of whom would never go on to have significant NHL careers. What does that tell you? That the best Olympic storylines are the ones where someone comes from nowhere and steals the hearts of the nation. Without any NHL players, hockey is ripe for a breakout Olympic superstar this year.

I’m not really into sports at all, so I probably wouldn’t be going out of my way to watch the Winter Olympics in any other year. Why is this year different? Well, while I was on a break at my retail job one day this January, the TV in the break room just happened to be tuned to the U.S. ski jumping qualifiers. In that 45-minute period, I became incredibly invested in Team USA’s ski jumpers—most of whom are even younger than I am (and consequently caused me to have a mini-crisis of “what have I accomplished in my life?”). First of all, I like ski jumping because it’s really easy to follow the scoring: Each jump is scored on distance and style, plus allowances for interfering wind. Even better, watching this sport is absolutely mesmerizing: The skiers (jumpers?) launch themselves into the air and lean forward, laying flat and low, their bodies almost parallel with the skis themselves. They hover in the winter-white air, seemingly motionless, for seconds at a time before crouching slightly to make contact with the incoming ground, and glide triumphantly down to the bottom of the slope. At this point, I’m following the U.S. ski jumping team as closely as I am Kylie Jenner’s new baby—and that’s saying something.

So, my family is really into hockey. But unlike Jon, we’re all pretty bummed that the NHL players aren’t competing in the Olympics this year. Like, so bummed that my brother said, “If you’re a real hockey fan, you might as well just watch the NHL instead.” But the thing is, the Olympics has a lot of events besides hockey. One of my personal favorites is snowboarding—something I never watch unless we’re in the midst of a Winter Olympics. Honestly, I don’t know who any of the big snowboarding stars are besides Shaun White, but I’ll be watching him compete in the halfpipe joyously. Oh, and on both the men’s and women’s sides, there are 17-year-old athletes (Red Gerard and Chloe Kim, respectively) looking to make history by medaling. I’m as much a sucker for an “Olympic dreams” story as anyone—so you bet I’ll be cheering along these young athletes. But as for hockey? The quality of play with no NHLers—and no Russian team—is going to be disappointedly different from years past. Bring on the obscure winter sports, please!

I have a love-hate relationship with figure skating. I simply know too much about it. My sister competitively figure skated until she was 14, which seems like only a short time, but it was our family’s entire life. She was at the rink more than 24 hours a week, pure muscle, and a complete machine. It made such an impact that we all kind of keep up with it in our own ways. I Instagram stalk the girl I used to watch who was vying for an Olympic spot. My sister subscribes to a skating newsletter. It’s a whole thing. I want to see the song choices of the competitors now that lyrics are able to be included. I’m so invested. So is my grandma. Much ice. Much political.

Something about those blue eyes, tinged slightly red with the early signs of a pink eye infection, combined with that pastel patterned tie really let me know it’s that special time of the year. A time to celebrate American pride and the hard work of the top athletes in their respective fields, directed by the ringleader of the whole show: Bob Costas. My hero, the man of the hour, the best—wait, what do you mean he’s not coming this year?