Maintaining that the protestors calling for Washington University to divest from fossil fuels have “no drip,” Chancellor Mark Wrongton announced that the University will not change its investment policies. 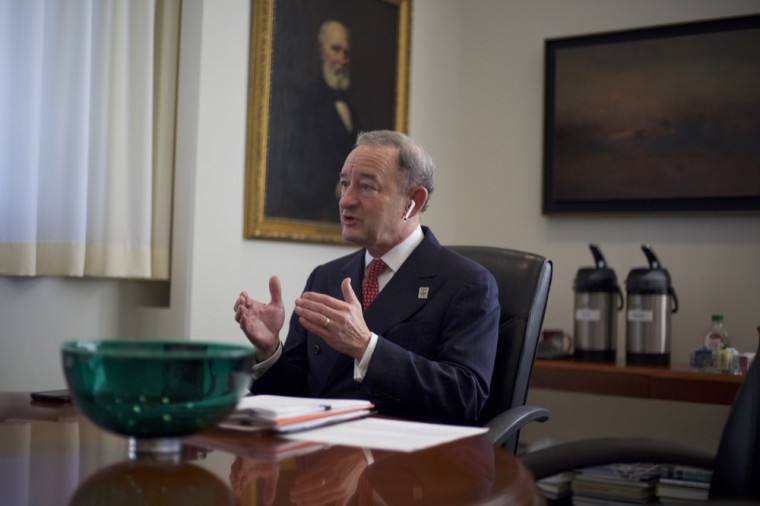 “The University does not make political donations or use its endowment for political ends,” Wrongton said in an interview with Student Libel. “Furthermore, all of the students asking for us to make this decision are broke, and quite frankly, they are going to need to get their money up before they can step to the table.”

Wrongton, who wore AirPods for the duration of the interview, said that when he met with student and faculty activists last week, not a single one of them was wearing Gucci slides or anything that had been designed by Virgil Aboh.

“I mean, I could have maybe listened to them if they had been wearing Fila or Jordans or even some good Air Force Ones, but these guys tried to come to me wearing regular Adidas,” Wrongton said. “And not even Yeezys.”

Despite the decision not to divest, Wrongton said that the University is still fully committed to combating climate change and promoting ecologically-friendly policies on campus.

“I am all about going green,” Wrongton said. “My favorite type of green, of course, is money. I just dropped 200 stacks on a new Maybach. I don’t mean to flex unnecessarily, but that is the kind of cash flow we are talking about here and I am not going to take any money advice from someone driving a Prius. If you want to save the environment, at least drive a Tesla.”

Ultimately, Wrongton said, the University and the board of trustees maintain full discretion for how and how not to spend its endowment.

“I fully respect the rights of the students to protest and to provide input on how we spend their money,” Wrongton said. “However, I would like to remind the student body that our official policy is ‘You do what you want when you’re popping.’”