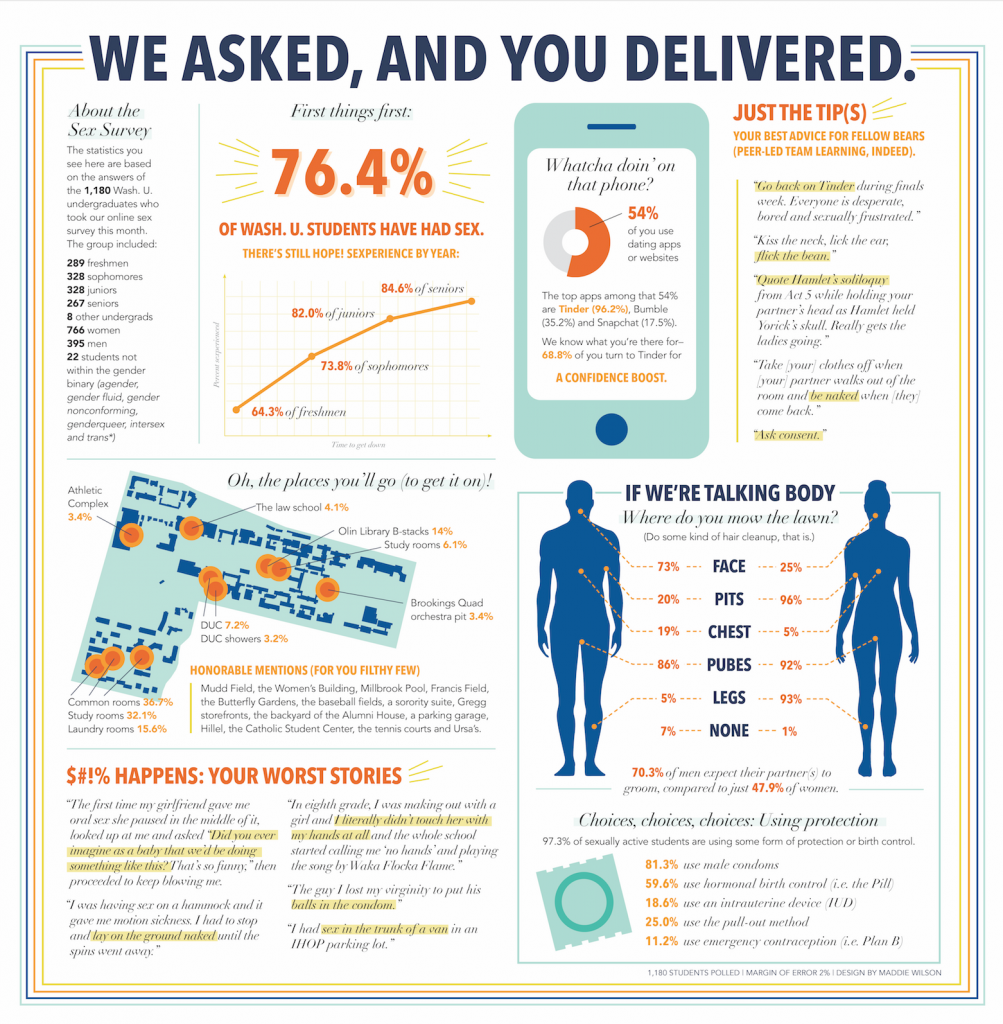 The results for Student Life’s 2017 Sex Survey revealed that 76.4 percent of Washington University students have had sex—an increase from last year’s figure of 67.7 percent.

Over 1,100 students replied to the annual survey, which is nonscientific and optional for students. The survey focused on a number of topics, including relationships, sexual history, sexual orientation and sexual assault.

The majority of respondents who have had sex (54.18 percent) reported losing their virginity between the ages of 17 and 18. 43.6 percent of those who reported having had sex did so for the first time while in college. Both of these figures are on par with the numbers reported in the 2016 sex survey.

About half (53.98 percent) of respondents reported using online dating sites, and of that half, almost all (96.21 percent) use Tinder, with Bumble, used by 35.23 percent, coming in at a distant second.

Of those who have had sex, 81.33 percent of respondents reported using male condoms for protection, with the second most common form of protection being hormonal birth control, used by 59.56 percent of survey participants.