Professor Michael Sherraden: One of Time’s 100 most influential people in 2010 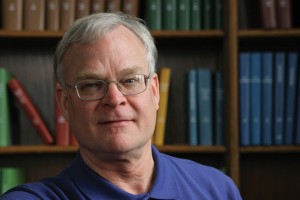 Washington University professor Michael Sherraden was named one of Time’s Most Influential People of 2010.

Washington University is home to an amalgam of highly respected professors, all very influential in their respective fields. From Nobel Prize winners to researchers regularly quoted in The New York Times, our professors are often recognized beyond the Wash. U. bubble.

Recently named one of Time’s Most Influential People of 2010, Michael Sherraden, a professor at the George Warren Brown School of Social Work, established his reputation by founding the Brown School’s Center for Social Development. Time recognized Sherraden for his work in asset building for low-income individuals.

Sherraden began his direction toward social work as an undergraduate at Harvard University, where he majored in social relations, specializing in both sociology and psychology. After college, Sherraden met his wife, who came from a long family line of social workers.

Having worked in Arkansas directing a residential center for troubled teenagers, Sherraden fell in love with the field and chose to continue his studies at the University of Michigan, where he earned a Ph.D. in social work and psychology.

Although Sherraden’s pursuit of social work was partly influenced by his wife, he attributes much of his interest in the field to his parents and upbringing. Sherraden grew up in a small town in rural Kansas, where his parents ran a grocery store.

“My parents were always doing things for people through the church, from organizing visits to the elderly to driving people to medical appointments,” he said. “They didn’t talk about it much, but they were always doing it. I think it had a big impact on me. Not right away, but I grew up in this mentality.”

At the Brown School of Social Work, Sherraden worked to help low-income individuals save money. He currently is involved in “SEED for Oklahoma Kids,” where he is studying the effect of giving college savings plans to a random selection of 1,360 children in Oklahoma.

His overseas project, “YouthSave” created savings accounts for low-income youths in countries such as Colombia, Ghana, Kenya and Nepal.

The research collected through these projects is made available to partners in Washington, D.C. and becomes part of the policy process. Five bills are currently being discussed in Congress, by both Democrats and Republicans, that would create a savings account for every child.

“One of the really satisfying parts of my career is that the data we collect are always useful. It is always great to hear from a participant who has appreciated involvement in a project,” Sherraden said. “The students work on the projects as well go off on their own to do impressive work, and it makes you feel satisfied.”