SwedLife brings swagger and street culture to the Loop 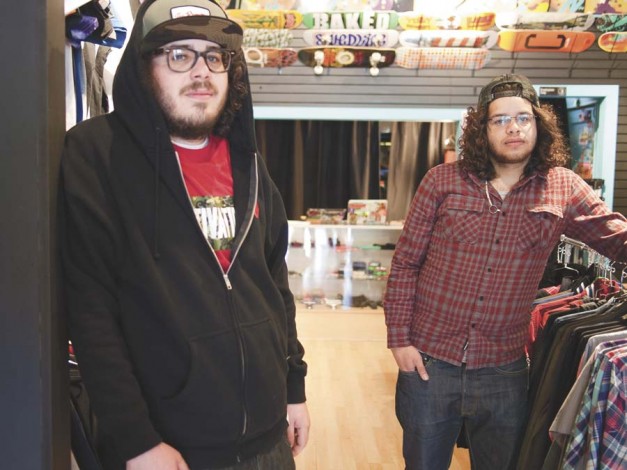 Owners Seth Feldman and Lucas Olivieri of SwedLife, a street apparel and skate shop on The Loop, pose in the lobby of their store. The pair graduated from Washington University in 2011.

On any given day, a mix of neighborhood skaters, underground hip-hop artists, college students and DJs might be found gathered inside SwedLife, St. Louis’ very own street apparel store. Owners Seth Feldman and Lucas Olivieri wouldn’t have it any other way, thriving from the constant attention their store attracts.

The two Washington University graduates officially opened SwedLife almost a year ago on July 15, the birthday of the store’s mascot: Feldman’s dog, Youk. Since its opening, Feldman and Olivieri have been working to share their interests in the fashion side of the hip-hop and street culture with the St. Louis community. Their store not only sells mainstream brands and the original SwedLife brand of street wear and skateboards, but it also serves as a meeting place for those enthusiastic about the specific culture it imbibes.

“We really try to serve as a cultural center for people who are similar to us in that we definitely represent the whole hip-hop mentality: togetherness, creativity, uniqueness. At the same time, we [have] got the fashion side of it to represent as well,” Olivieri said. “So many people have met each other here and have made a connection here. People come back just for that interaction.”

The idea for the store originated from a hip-hop blog that Feldman casually created on Christmas day several years ago. The title, SwedLife, stood for a lifestyle that Feldman wished would encompass the slogan “Swagger Every Day.” Once Olivieri began writing for the blog after a short time, it expanded beyond notifications of new hip-hop artists and concerts to coverage of street art and street fashion as well.

“Through junior year [at the University], the blog became more fashion based, and we decided that was the part of the umbrella we wanted to be most involved with,” Feldman said. 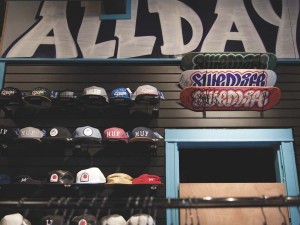 Feldman and Olivieri developed their business idea at the start of their senior year in the Hatchery, an undergraduate course offered through the Skandalaris Center for Entrepreneurial Studies that helps students create a professional-quality plan for business ventures.

“Having the class forced us to put a lot of things on paper that ended up being really useful, because as we actually made the business happen, we had a 50-page business plan that we wrote that showed that we understand both business and fashion facets of it,” Feldman said.

Taking part in the Hatchery allowed Feldman and Olivieri what they consider to be a smooth transition from the University to the St. Louis community. Through managing their store, they have befriended a variety of people from other schools and the area, even high profile individuals such as players on the Rams. But what seems to excite the pair the most is simply meeting people who share common interests in hip-hop and street-wear culture.

“People are definitely very excited to meet other people that geek out the same way that they geek out for the same things that they geek out on. There’s definitely that strong national culture, and it’s cool to keep working to plug St. Louis into that bigger national, international street-wear picture,” Feldman said.

In conjunction with its cultural connections, SwedLife focuses on the promotion of local concerts and artists. Often, Feldman and Olivieri are able to host in-house events that bring the artists to the store to talk with fans and customers. For those who cannot make it to the store, information about events that SwedLife has sponsored, attended or simply wants to endorse is posted to their blog.

“We always wanted to share our culture with other people, and that’s why we had the blog from the get-go. So, the store’s really given us the ability to spread the culture and person-to-person genuine interaction,” Feldman said.

“There is a lot of openness to people who are down with the lifestyle,” Olivieri adds. “We want to be welcoming. A big part of swagging is having other people that can represent that lifestyle, too.”