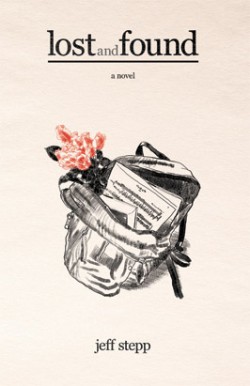 When Jeff Stepp graduated from Washington University in 2006, he could hardly guess that he would find his way back through fiction writing.

Although his background is in music and film, Stepp recently wrote his first novel, “Lost and Found,” which draws heavily on his time here at the University. His burst of creative energy was chiefly inspired by the writings of F. Scott Fitzgerald, specifically the classic “This Side of Paradise.”

“I was about 30 or 50 pages into it—and I just went to my computer and started writing,” Stepp said.

At first, the novel simply revolved around the main character Jacob, who serves as the embodiment of Stepp’s memorable days as a freshman. However, this was not enough for Stepp, who was looking to write a more profound piece than simply the story of a kid at college.

Taking the plot in a darker direction, Stepp introduces a conspiracy thread as Jacob and his older mentor, professor Yuri, hunt for a valuable music manuscript. This journey is littered with references to the University.

“There is a basement in [the music school], and it’s creepy as hell. I snuck down there one night; it’s full of just old filing cabinets and stuff from the ’70s,” Stepp said. “I always had this idea that the basement was something secretive or hidden. That sort of spawned the whole manuscript that somehow got lost in this basement that nobody ever goes to.”

While Jacob strongly reflects Stepp and his experiences at Wash. U., other characters in the novel were completely original or amalgams of people he knew or encountered. This includes Yuri, whose relationship with Jacob is the primary focus of the novel.

“I wanted to write a story about the relationship between the young and old—not in like a romantic way, not in an evil way. Just sort of these two wandering souls that happen to meet each other,” Stepp said.

Stepp does not solely consider himself a literary author. He also has a tremendous passion for writing music, a process that captured his interest when he was only 8 years old. He contends that the two art forms are actually very similar.

“[The process of writing] is very organic. The stuff I write musically, I don’t sit down and think ‘OK, I’m going to write a song about X, and it’s going to sound like this,’ I just sort of start playing it. It’s exactly the same way with my writing,” Stepp said.

Stepp comes from a family of authors—both his mother and father are published writers. And now, Stepp has become part of the family legacy with his own unique style that cannot yet be slotted into any single genre.

Fans of “Lost and Found” can look forward to another novel from Stepp in the future, which will be more action-focused and surreal. For Stepp, writing will always be a part of who he is.

“[Writing “Lost and Found”] was a really rewarding experience. It’s made me realize that this is what I want to do. I love my job; I love the industry I work in, but when I’m 40, 50 years old, I would much rather be writing novels. This is where my head’s at long-term,” Stepp said.

Read a review of “Lost and Found.”