A thank you note to the Contemporary Art Museum

Every season, museums present a new set of exhibitions to inspire, challenge and educate the public. Now that St. Louis museums have had a few weeks to celebrate their openings, their exhibitions and their artists, I want to take a moment to appreciate the diversity in Contemporary Art Museum St. Louis’ four spring shows.

CAM’s two main exhibitions are paintings by Nicola Tyson and photographs by Deana Lawson. The museum’s project wall has been painted by St. Louis native Katherine Bernhardt and the front room of the museum features photographs from an ongoing series by Louis Cameron, and the lobby displays his posters to inspire political action. 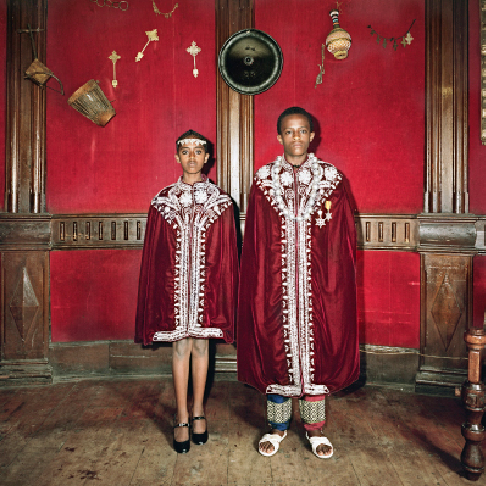 Deana Lawson’s piece “Kingdom Come” is on display at the St. Louis Contemporary Art Museum. This piece is a part of Lawson’s exhibition, which is one of the museum’s four spring shows, will be on display in the museum until April 16.

This spring, CAM presents us with both. Lawson’s photographs challenge historical representations of the black body, but her work also explores questions of selfhood and identity that can be understood universally. Tyson’s paintings and works on paper aim to express the inner psyche of her subjects, and in this practice, Tyson questions the objectification and historically male gaze on the female body. Bernhardt’s work appropriates pop culture images to comment on universal concerns such as consumerism, commodification and environmental degradation. Cameron’s overlaid color photographs are beautifully abstract compositions that deal formally with color and space. Just over in the lobby, a poster work by Cameron (“WE ARE MEN”) is overtly political, calling on viewers to think and to act.

Although these exhibitions are often planned years in advance, I can’t help but notice the sharp difference between CAM’s last show (where the entire museum was dedicated to a white man commenting on black bodies) and these four, of which three artists are women and two artists are of color. Having such a diverse show is great, but it’s not enough to have it just because you were recently called out.

The importance of representing diverse voices in the art world cannot be underemphasized. Art has the power to inspire and to empower and to challenge and museums have the power (and the responsibility) to amplify marginalized voices and to give them the platform to choose what they want to say. The fact that I even think it’s important to write this article means we are far from adequately representing diverse voices in the art world, but maybe this is a step in the right direction.