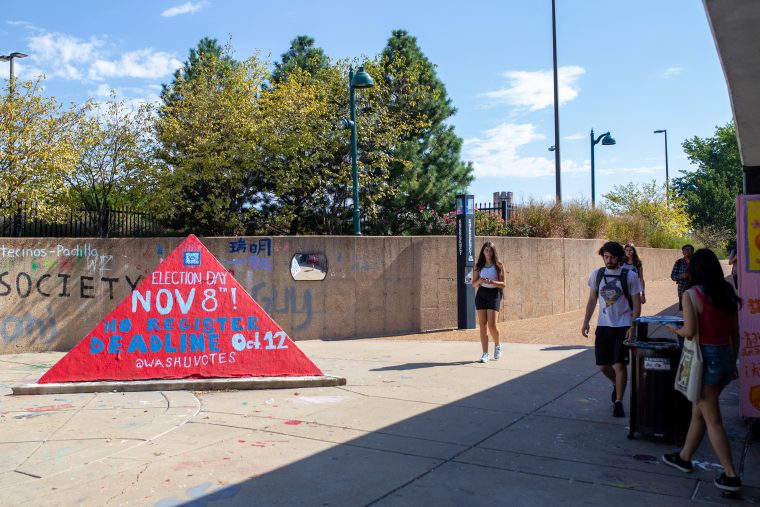 Missouri’s new voting identification law went into full effect on Sept. 4, sparking controversy about the constitutionality of its requirements. Missourians who wish to vote in the upcoming election cycle this November must provide a government-issued photo ID, which includes a Missouri driver’s license; a Missouri state ID; or a US passport. Previous forms of identification — like a student card, out-of-state license, or utility bill — no longer serve as valid forms of ID at the polls.

This new law has already been challenged by several lawsuits, many of which claim that it is a stark example of voter suppression. Louis Jones, Voter Engagement Coordinator at Washington University’s Gephardt Institute, was quick to note the new law’s impact on those of voting eligibility.

“The ACLU has filed two lawsuits challenging the legislation, and one of the major concerns is the impact this legislation may have on populations who disproportionately lack one of the acceptable forms of photo identification and who face significant barriers in obtaining one,” he said. Jones noted that “people with disabilities, senior citizens, and racial minorities” will likely be impacted the most.

Additionally, WashU students who previously relied on their Student IDs at the polls are no longer able to vote. The new law disadvantages those who cannot travel home to collect their passports or those who do not have the financial means to apply for a passport.

Jacob Hammer, a senior at WashU majoring in political science, spent his last summer as a fellow for Show Me Integrity, a non-partisan government accountability organization that seeks to protect voting rights in Missouri. Hammer’s work was part of the larger initiative to advance voting reform and reinvigorate the local St. Louis community.

Hammer was quick to highlight the new law’s inherent flaws. “[This] law is the textbook definition of voter suppression,” he said. He fears that it will discourage students who must bear the costs of shipping a passport to Missouri and students who are filing to get a passport from voting. “It’s a dangerous thing because midterms are very important. Right now, the parties in power from every state want to disenfranchise voters from the other party from voting. In a state like Missouri, you have a Republican trifecta — where they want to dissuade more liberal [voters],” Hammer said.

A comprehensive investigation conducted by The Washington Post on voter impersonation fraud uncovered only 31 instances of it between 2000 and 2014 out of more than one billion ballots cast. While Jay Ashcroft, Missouri Secretary of State, declared, “We want to make sure that we know you are who you say you are and that you’re the person that’s supposed to be voting,” instances of voter impersonation fraud are rare.

Hammer urged students to remain hopeful and not lose faith in the democratic process. “It’s okay to feel upset and to feel tired and [to feel] that things are going the wrong way, but with that said, we need to keep ourselves buckled down and still committed to ensuring that every single voice is heard,” he said. “Ultimately, it’s how our democracy stays intact.”

Students still have time to obtain an acceptable photo ID if they are registered to vote in Missouri, and the Gephardt Institute can help point them in the right direction. Jones also noted  that students have the option to cast a provisional ballot if they go to the polls on Election Day without proper photo identification.

“In order for the provisional ballot to be counted, the student either has to return with an acceptable photo ID or the election authority has to verify the student’s identity by comparing their ballot signature to the signature on file with the election authority,” he said. “Student voters who have a permanent address outside of Missouri may also opt to register and vote in their home state, whether absentee or in-person. Every state has its own election laws, so it’s important to verify eligibility rules and registration deadlines in your home state and to request an absentee ballot from your home state prior to its absentee ballot request deadline.”

If students are unable to vote in Missouri or their home state, Jones said that participating in the electoral process can also mean turning to other forms of civic engagement.

“WashU students have a ton of ways to get involved,” said Jones. “Be on the lookout for Food For Thought, a pop-up dialogue space every Wednesday afternoon for students to snack and ponder big civic questions.” Gephardt is also launching “Civic Cafe” on Oct. 18 to foster civic discussion and skill-building over weekly Tuesday dinners.

Students can also choose to get involved in WashU Votes, the student branch of the Gephardt Institute that spearheads advocacy and campaign initiatives to encourage all students to vote. The team has Missouri Voter Registration Solicitors on-hand to help with any issues. For any questions, WashU Votes can be reached @washuvotes on Instagram, and their weekly meetings are open to all students on Wednesdays from 6-7 p.m. at Stix House.