Heard of the Red Zone? We’re in it now 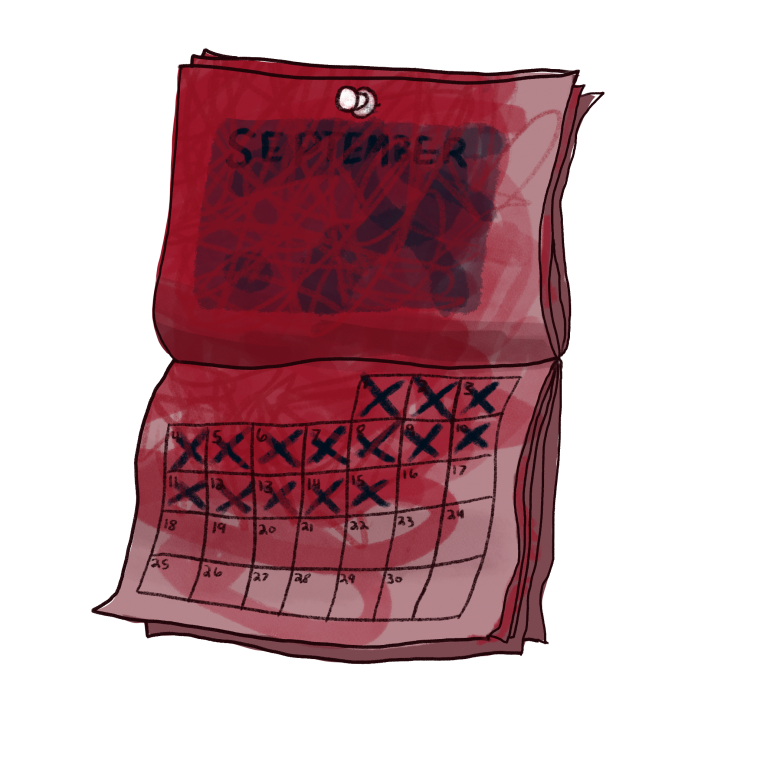 Junior Erin Ritter first learned about the “Red Zone” two years ago, in her freshman year at Washington University. The Instagram account @metoo_washu posted a graphic on their story detailing what it was: the time on college campuses between orientation week and Thanksgiving break when sexual assault and harassment numbers spike dramatically.

At first, Ritter said she was relieved to learn that WashU was the type of school where students spoke openly about consent and sexual assault. In following years, however, Ritter found that the term, while commonly used among survivor communities and in the Title IX office, wasn’t familiar to most of her peers.

“At the time [the graphic] was posted, it made me hopeful to be at WashU, because it seemed like there was a lot of awareness around things like that,” she said. “Now after being here for a while, I realized that it really isn’t that big of a concept.”

Jessica Kennedy, Director of the Gender Equity and Title IX Compliance Office, said that the term “Red Zone” caught on soon after she started work in the field in 2014. The actuality of the term, however, has been around even longer.

“Generally, the idea is that folks are in a new situation or returning to a situation that they haven’t been in for at least a period of time,” Kennedy said. “There tends to be more socializing that goes on as people are getting to know one another. Boundaries are being established and tested. Cultures are coming together in a way that maybe they haven’t before.”

Though no office informs students about this phenomenon, Kennedy said that the Red Zone is reflected on WashU’s campus every year, though reported cases may not be completely accurate.

“The issue that arises is that we get a lot of reports that are made after the fact, and so something that may happen during this period may not be reported to us for months or even years,” she said.

A 2019 AAU study on sexual assault and misconduct at WashU confirmed that a majority of survivors do not report instances of rape or assault. Only 35% of women who experienced unwanted penetration reported the incident to a program or resource.

Kim Webb, director of the Relationship and Sexual Violence Prevention Center (RSVP) said that first-year students are especially impacted by the Red Zone.  Webb detailed in an email that factors of the Red Zone also include: “newfound freedoms, experimentation and overuse of substances, exploration with sexual activity, a desire to be included, fears of social consequences, a lack of communication about personal desires and boundaries, and predatory behavior.”

The AAU study found that 14.5% of first-year students at WashU were victims of sexual misconduct or assault. This number rises to over 30% by senior year, though no specific time periods of reports are recorded.

Both Kennedy and Webb said they could not provide more current statistics of sexual assault cases during the typical “Red Zone” period saying they could not publicize specific data.

The RSVP office does require consent, communication, and bystander training for new undergraduate and graduate students in the first few weeks of classes. Kennedy said that they measure success of those modules by “by the knowledge that we believe people have gained during the module,” based on pre- and post-course quiz scores.

Ritter wants to see more specialized training in order to combat the Red Zone. She’s behind the newly organized Instagram account @wu_sass, or “WashU Survivors and Allies for Social Support.” The group, among other goals, is trying to petition the University for bystander interventionist training, where people are specifically taught how to intervene in situations where consent may not be given.

Anecdotally, Ritter believes that parties that stem from Greek life rush events and fraternity-sponsored “Welcome Week” events can contribute to the higher sexual assault numbers in the Red Zone. She remembers how she felt as a first-year student going to parties — overwhelmed, a little uncomfortable.

“I really wasn’t prepared or knowledgeable about how dangerous it could be, and what things I needed to be aware of,” Ritter said.

Kennedy also believes that increased “party culture” during the first few months on campus may add to Red Zone numbers.

“I certainly would never say that drug or alcohol use causes sexual assault because it doesn’t. But are they potential factors that contribute to it? Absolutely,” Kennedy said.

However, Kennedy doesn’t believe the answer to flattening the Red Zone curve is to ask everyone to stay in their rooms on weekend nights.

“We know that the answer is not to stop having parties and to stop doing the things that everyone enjoys doing,” she said.

Instead, both Kennedy and Webb recommended open communication with friends and potential partners before heading out for the night.

Make informed plans about what you do with your social time [and] share these plans with friends who can help ensure your plans go as you want, and who are willing to help change plans if needed,” Webb said.

Kennedy isn’t sure if the Red Zone spike will ever disappear entirely.

“Some parts of it are never going to go away,” she said. “It’s the newness, it’s the change in getting to know a whole bunch of people at once. There’s always going to be boundary testing that comes about when you’re getting people who are from all over the world, different cultures, different levels of maturity.”

Yet Kennedy believes that as conversations about consent and boundaries become normalized, WashU might see the Red Zone “flatten out.”

“I’d hate for anyone to live in fear because of this phenomenon. And so addressing it head on is the best way to prevent it from occurring,” she said.