Best Albums of 2022: A Response to Pitchfork 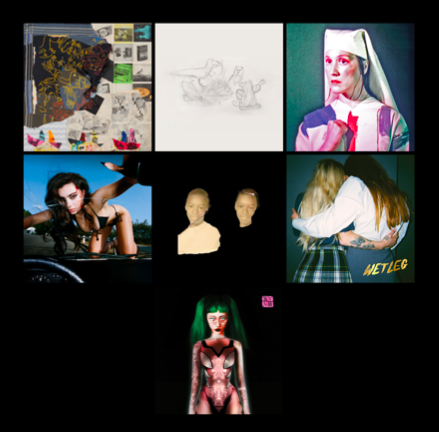 Even if I disagree with its critics and dislike the fact that it is an industry institution (blah blah blah), I follow Pitchfork as much as the next guy — probably more than the next guy, if I’m being honest. I’m subscribed to every Pitchfork email newsletter, and I read most of them before sending them to my trash. Last week, I was running an experiment at the lab and had to find some way to waste a four-hour waiting period. Usually, I’ll read through Pitchfork newsletters to kill time, which is where I noticed a new headline: “The 39 Best Albums of 2022 So Far.” I was morbidly curious to find out how much I was going to disagree with the Pitchfork staff. Lo and behold, I was kind of upset by it (everyone has to have the same taste as I do because I have an unhealthy relationship with music, objectively correct opinions and most importantly, a last.fm page). While I agree with some of Pitchfork’s picks, I feel like some big hitters were overlooked. Plus, I like making lists.

Best Moment: The swells in “Over and Over,” as the vocals pass the baton to the synths.

Best Song: “ESP,” because it’s the only song I have downloaded on Spotify (why, I couldn’t tell ya).

Recommended If You Like (RIYL): Overachieving, lying on your bed and staring on the ceiling (less-than sober), having a really busy schedule but being “head empty.”

Best Moment: On “crashing down,” when the guitars explode into the track “when it all comes CRASHING DOWN” before fading back out after the chorus.

Best Song: “dont move,” for being the grooviest departure from Arlie’s traditional schtick and having a sick-a– solo.

Best Moment: The very beginning of “Love of My Life,” when I burst into tears as soon as Harry starts singing — it gets me every dang time.

Best Song: “Matilda,” which has the power to steal your attention from whatever you’re doing, especially if the dark lyrics about having a tenuous relationship with your family hit close to home for you.

RIYL: One Direction, a burning desire to get “lost in the sauce,” nostalgic music (but not the kind of nostalgia everybody else is doing).

Black Country, New Road: Ants From Up There

4. Black Country, New Road: Ants From Up There

Best Moment: The verse on “Bread Song” complaining about someone eating toast in bed and getting crumbs in the sheets.

Best Moment: Whenever you end up realizing that the album is a therapy session (I knew this was a concept album, but wowza, that’s a new angle).

Best Song: “Father Time,” which is a veritable masterpiece from top to bottom, plus buttery smooth verses from Sampha.

RIYL: Kendrick, the social awareness that J. Cole claims to have, brown leather.

6. Best Moment: When you start the album, zone out, tune back in and think you’ve heard a few songs only to realize you’re just on the other end of “The Dripping Tap.”

Best Song: “Kepler-22b,” because I’m a sucker for space motifs in music (see the Arctic Monkeys’ “Tranquility Base”).

Best Moment: Oliver Tree coughing as he describes his smoking on “Cigarettes” (1 to numb the pain, 1 to celebrate, 2 for sex, 3 to sleep, 10 for lunch, and 10 for dinner).

Father John Misty: Chloë and the Next 20th Century

8. Father John Misty: Chloë and the Next 20th Century

Best Moment: The guitar solo on “The Next 20th Century” knocks your socks off, thereby freeing the dogs.

Best Song: “Q4”, because it tells the best stand-alone story on the album.

Best Moment: On “Love Me More,” when your ears get ambushed by the high intensity of the “Maniac” sample.

Best Song: “The Only Heartbreaker,” because — awooga — Mitski’s voice can do little wrong.

RIYL: The Weeknd, that feeling you get when you break up with someone but still kind of miss them (please take me back), painting landscapes.

Best Moment: On “Boy Bi,” when Mad Tsai says “Boy bye” because you get to do the Leo DiCaprio pointing on the couch thing.

Best Song: “Killer Queen” because it’s a catchy pop banger, which is all you need sometimes.

RIYL: Music that is sonically pleasing, your high school era, whatever Spotify means by “Alt Z.”