Harry Styles is timeless, if not a bit contrived, on “Harry’s House” 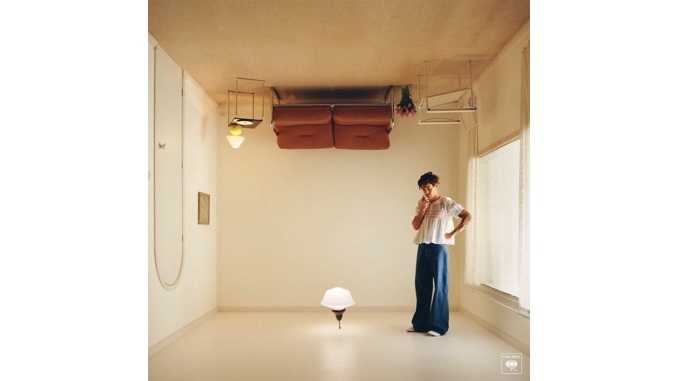 Harry Style’s newest album, “Harry’s House,” is vulnerable and catchy, yet follows a similar sound of his two previous releases.

Styles succeeds in smooth transitions across genres between each of his releases. From his soft rock debut in 2017, titled “Harry Styles,” and the pop-rock-infused “Fine Line” in 2019, Styles shifted away from his boy band roots as he began to cement himself as a solo artist. The staying power of songs like “Sign of the Times” and “Watermelon Sugar” proves that Styles is able hold his own on a record and in mainstream media.

Similarly, “As It Was,” the lead single from his newest album, captured a wide audience immediately following its release on March 31. Having become prevalent on social media platforms like TikTok, the song touches upon the concepts of loneliness, adjustment and change. Upon first listen, it becomes clear that Styles is shifting away from the rock influences of his two earlier records. The song intertwines modern synth techniques with an indie pop sound, similar to Dayglow’s “Hot Rod” and Wallows’ “Hurts Me.” Lyrics on “As it Was” contribute to a somber narrative that discusses the past, fear and self: “Answer the phone / Harry you’re no good alone / Why are you sitting at home on the floor, what kind of pills are you on?” The song’s upbeat tone and fast tempo contrasts with the melancholy of the song. This distinction makes “As It Was” a bright radio hit with something to say.

The album starts strongly with a jazzy beat and a vocal crescendo on “Music for a Sushi Restaurant.” The song brings in sharp drums and soft vocals to set the tone for the other tracks. Brass swings provide a smart backdrop to the song’s lyrics. These inclusions are representative of the entire record, as Styles merges R&B, funk and pop on “Harry’s House.” The second song, “Late Night Talking,” hearkens back to nearly half a century ago with a silky electric sound and alternating bassline. These attributes are frequently found in 1970’s disco/dance pop and help the song stand out in the context of the album.

The adjacent songs “Cinema” and “Daydreaming,” both backed by John Mayer on electric guitar, introduce a bright energy to the album. The lyrics deepen “Harry’s House” and bring in a layer of fun. The funk-driven chorus of “Cinema,” for example, adds in a thoughtful metaphor, using “cinema” as a means to describe the “production” of a person (i.e., everything about them): “I just think you’re cool / I dig your cinema.” In comparison, “Daydreaming” alludes to the subconscious in its repeated phrasing and bridge: “Give me all of your love, give me something to dream about.” The Brothers Johnson single, “Ain’t We Funkin’ Now,” is sampled on “Daydreaming,” and contributes to the 70’s sound.

Songs like “Matilda” and “Keep Driving” highlight Styles’s songwriting skills, particularly with softer, meaningful tracks. “Matilda” shows Styles talking to a friend (Matilda) about her future and potential. A few lines in the chorus are sure to resonate with many listeners: “And not invite your family, ‘cause they never showed you love / You don’t have to be sorry for leaving and growing up.” Simple acoustic guitar notes accompany this sweet sentiment and gradually shift to piano as the song continues.

On “Keep Driving,” Styles details the ins-and-outs of relationship drama and the weight that unspoken issues can play in a couple’s dynamic. Styles builds to a thought-provoking chorus and likens a long drive to an ongoing relationship: “A small concern with how the engine sounds, we held darkness and withheld clouds / I would ask, ‘Should we just keep driving?’” These two songs offer a surprising amount of depth, while other songs seem to focus primarily on aesthetics.

“Harry’s House” is a DeLorean back to the 1970’s, as it pays tribute to the artists and music that distinguish the period. The album is cogent and brings new genres into Styles’s already-wide wheelhouse. However, this new entry into R&B and funk feels like a natural progression for Styles as an artist, and thus, “Harry’s House” may not feel like a large step forward from “Fine Line” and “Harry Styles”.

Styles brings in smart instrumentals and combines synths to create a nostalgic yet unique sound.

The lyrics stick to a central theme in each song, but can fail to leave a lasting impact.

The album sticks to a strong aesthetic and sound. Styles crafts the album in a way that flows naturally and logically.

For another album review by Noah Vermes, check out: