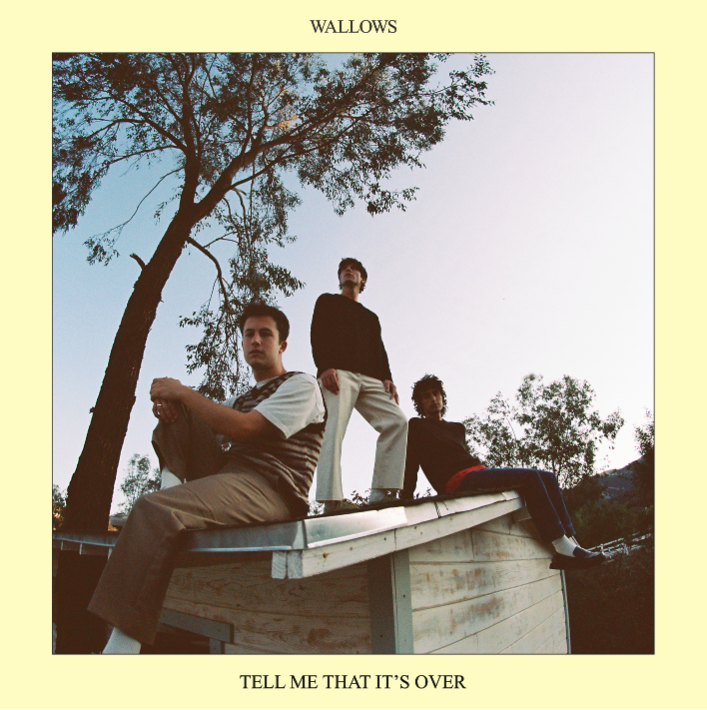 Wallows/Tell Me That It's Over

On March 25, Wallows released “Tell Me That It’s Over,” their much-anticipated sophomore record. In the album, the indie-alt band touches on ideas of uncertainty, trust, evocation and responsibility in relationships.

Many songs on this album continue the high energy that “Nothing Happens,” the band’s 2019 debut, introduces. Wallows has grown in depth and scale over the past three years, as this album layers instrumentals like tambourine, flute, harmonica and banjo to create a vibrant and memorable sound. This contrasts with “Nothing Happens,” as that album’s tracks often only utilize simple drums and guitar, in addition to synth. Drummer Cole Preston has improved, too, and ties each song together with clean fills and rolls.

The band delves deeper into the intricacies of relationship dynamics as the album goes on. “Especially You” smartly handles the confusion and miscommunication that often comes between couples: “Can’t stop a mood that swings, I’ll read into anything / I know that’s not what you meant, I got the wrong sentiment.” The track dials into the common insecurities that many people face at the onset of a new relationship.

“Missing Out” spotlights vocalist Braeden Lemasters as he discusses the fear of telling a (potential) partner how you feel: “When we try, we end up running circles, then collide and just keep it internal / Will it go bad because I’m waiting till tomorrow? Will it go bad because I’m wasting all your time?” The song speaks to the excitement that comes with a new love interest, but also the uncertainty that arises from pursuing said interest.

In “Tell Me That It’s Over,” Wallows touches on crucial, often neglected notes about intimacy, mutual understanding and love. Using the album’s first six tracks as a platform, the band talks about insecurities and closure: “At the End of Day” discusses internal fears that a relationship may be destined to fail, and “I Don’t Want to Talk” highlights the common tendency to avoid difficult conversations. The final four songs discuss the importance of having agency in relationships, particularly when they fail. Through its lyrics and production decisions (see: the back-and-forth dialogue in “Hurts Me”), Wallows encourages its audience to take responsibility and appreciate every aspect of their interactions and connections.

The album truly shines in its expression, honesty and focus. “Hurts Me” is a stand-out track, both sonically and lyrically. The song uses considerable synth and drums with heavy reverb, both of which contribute to an iconic 1980’s sound. In the track, Lemasters considers reaching out to an ex and slowly breaks down: “Losing control, I start to fold / Karma for heartbreak is really taking its toll.” Minnette acts as the internal conscious and Lemasters finally states: “I’ll have to accept that I / I don’t need it ‘cause it hurts me.”.

“Guitar Romantic Search Adventure” is a sweet and soft dreamlike song that takes inspiration from Lydia Night’s and Minnette’s relationship. Minnette explains the goal he shares with Night of eventually finding the elusive Exploding Hearts’ “Guitar Romantic” on vinyl: “You can make all mine your own, making plans for us to go / On a Guitar Romantic Search Adventure, will we ever get to go?” The track neatly wraps the album’s narrative in a soft bow, with Minnette’s affirmation, “So now I hope you don’t tell me that it’s over.”

Wallows’ focus on instrumentals in this album is brilliant and shows the band’s growth since their first album.

While repetitive at times, Wallows writes lyrics that are meaningful and layered.

The album flows between songs very smoothly and keeps a consistent narrative.

For another recent album review, check out Ved Patel’s overview of FJM :

Tags: album review, Tell me that it's over, Wallows