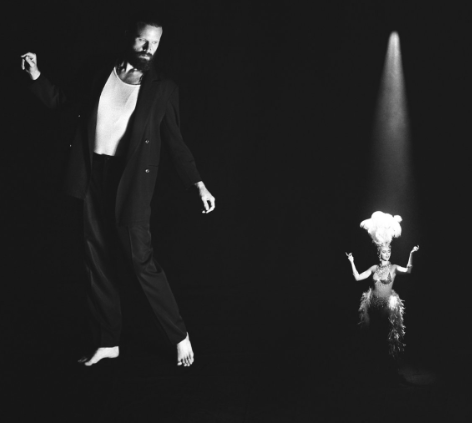 Father John Misty, who I discovered last month, has quickly ascended my pantheon of most-listened artists and claimed the title of “folk rock icon” in my mind. I started listening to him the day he dropped the lead single to his new album “Funny Girl,” and I was hooked on its unique sound. The next few singles were similarly exemplary, so my hype train was ready for the album’s release on April 8.

Most of the FJM catalog is traditional indie rock fare, but with “Chloë and the Next 20th Century,” he tries something radically different, using sweeping orchestration and the sounds of the ‘60s as the vehicle to spin a tale of cynicism and dissatisfaction with today’s society. As always, the storytelling on the album is fantastic. Highlights include “Q4,” which tells the story of a woman who turns her late sister’s life into a dime novel, and “Buddy’s Rendezvous,” which is from the perspective of an absent father who is convinced that his daughter, an aspiring singer, will be exploited by the music industry.

The opener, “Chloë,” is a savvy way to get listeners acquainted with the sound of the album through a simple, yet beautiful character portrait of a fictional female socialite. Following this, the rest of the album has a great blend of low-key and high-energy tracks, and the run from “(Everything But) Her Love” to “Q4” is simply stunning. I’m also in love with the last track, “The Next 20th Century,” which is a damning critique of everything wrong with the current state of the world, with the added bonus of an unexpected guitar solo that blew my socks off.

I think the Arctic Monkeys’ 2018 studio album “Tranquility Base Hotel & Casino” is a particularly poignant comparison. Much of the power of “Tranquility Base” comes from its ability to immerse the listener in the ‘60s, blending a quintessentially ‘60s sound with retro- futuristic space-age motifs. The record is an experience front to back, never deviating from the sonic theme.

Father John Misty tried something similar with “Chloë and the Next 20th Century,” but failed to stick to the theme. While most of the album maintains the orchestral ‘50s/’60s instrumentation, every once in a while, you get a track like “Goodbye Mr. Blue,” which is great, but sounds like an indie rock song, breaking the retro immersion.

In spite of this, I’m thrilled by the new FJM album. It has something for everyone. If you like music that sounds cool, you won’t be disappointed. If you want some lyrical depth, this record has you covered, too — it’s full of Father John Misty’s biting social commentary. “Chloë and the Next 20th Century” is well-deserving of a listen.

This album chooses to utilize a unique sound, and does it exceptionally well.

The traditional FJM lyrics are fantastic, but there are a few oddities scattered throughout the album.

A few songs deviate from the sonic theme, breaking the cohesion of the project as a whole.