“He is being outwitted by a stand-up comic”: WashU National Security Historian breaks down Russia invasion 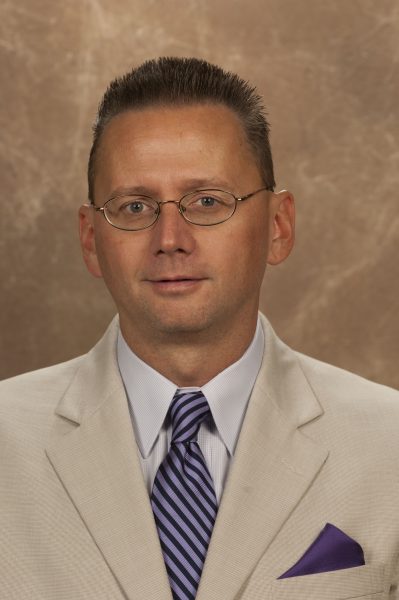 Dr. Krister Knapp is a teaching professor and a minor advisor in history at the School of Arts & Sciences, at Washington University in St. Louis. He specializes in the conflict and security aspects of crisis and wars from a historical perspective, including  “The Global War on Terrorism” and “The Cold War” along with general courses focusing on American intellectual history. This spring semester, in an effort to expose first-year students to major topics in national security policy, he’s teaching a class I enrolled in,  titled “Topics in National Security History: Spies, Espionage and Intelligence.” As Russia wages a war against Ukraine, Knapp is well-prepared to analyze what’s happening overseas. Student Life spoke to Knapp on March 23.

StudLife: How did we get here? What events have led Russia to invade Ukraine?

Krister  Knapp:  So there’s a long history, medium history, and a short history. A long-term cause has to do with this view that Ukraine is in fact, part of Russia. It is not an independent sovereign state. Despite having early in Putin’s term as President, on several occasions, recognized several treaties in which Russia did accept Ukraine as a sovereign, independent and separate state from Russia. After the 2007  Munich speech when [Putin] broke from the West, he decided that Ukraine was in fact no longer a really independent, sovereign State and that attempts to make it such were historical accidents.

SL: What are the future possibilities of the endgame of this conflict? What are the predictions from the US intelligence system of what a post-Ukrainian Invasion society might look like?

Knapp: I don’t have access to classified information. I use open sources like most other people in the academic communities. But what I can tell you from what I’ve read, is I don’t think this ends pretty, and I don’t think it ends soon. If Russia wins, they win ugly by destroying the country. I think what we’ve learned after a month of ground fighting, and what Putin has learned is that the Russian military is not going to be able to take Ukraine through mechanized armed forces. The Ukrainian Armed Forces backed with Western weapons successfully fought the Russian army in Ukraine on the ground to a stalemate. But they are determined, and Putin and his leadership of Russia are determined to get Ukraine by hook or by crook. Without Ukraine, Russia is existentially threatened.

SL: Russia’s invasion of Ukraine has not gone according to plan. Is this a teachable moment for the West in terms of how to contain Russia in future conflicts?

Knapp: Yeah, I do. I mean, I think at many levels, this invasion and war will be studied for coming generations but will be particularly if it leads to a long protracted conflict. I think that at a military level, absolutely this conflict will be studied. But in terms of the greater strategic and geopolitical aspects, geostrategic aspects, I think that NATO has realized that by not acting sooner in Ukraine, by not seeing the.. 2014 Crimean Crisis.. as a watershed moment in terms of the invasion of eastern Ukraine and the annexation of Crimea, and not connecting enough of the dots that were out there.

SL: What’s Putin’s mental state as a result of all of this? What’s his view of this conflict in the long game, and in relation to his legacy as Russia’s President?

Knapp: I’m not a Putin expert, but I’ve read a number of things by people who are, so I guess I just have a few things to say about that. One is the limits to thinking of Putin in terms of mental health issues, and typically the word thrown around is whether he’s paranoid or increasingly paranoid, and will this paranoia cause him to do something rash like launching a chemical weapon, or worse a nuclear weapon?

I think there are some limits to what we can really know about his sanity. I do not think Putin is either paranoid or insane. I think that he is a rational actor, relative to his system and his understanding of Ukraine and Russia. His version of Russian history. And his goals here, once again, are that Ukraine is an area of the greater Russian Empire, that it needs to be brought back into the fold, and that Ukraine as an independent sovereign state was always a historic mistake. So he is doing what he thinks is in his historic rights, and what is rational given the game plan to do that. That said, it does seem to be pretty obvious that he has grown increasingly frustrated at the lack of progress in Ukraine. We do know that a number of generals have been killed on the battlefield. This suggests that quite contrary to what Putin says that everything is going according to plan, everything is definitely not going according to plan. He is.. terribly frustrated at how much the world has turned against him and how badly this campaign is going. And finally, I think it’s probably fair to surmise that he must be terribly frustrated that he is so far being outwitted by a stand-up comic against a career intelligence officer.

SL: There are reports of negotiations taking place between Russia and Ukraine. What do you think are the demands being demanded by Russia or Ukraine? Are they the usual: don’t join NATO or the EU, recognize Crimea as a Russian state?

Knapp:  So we don’t know of course, what’s going on inside of any particular negotiations. We do know there are multiple diplomatic efforts afoot to negotiate some kind of settlement here. We know that President Erdogan of Turkey is trying to negotiate a series of talks to negotiate a settlement. We know that France and Great Britain have President Macron and Prime Minister Boris Johnson who have both spoken with Putin and have tried to create a framework for negotiations. We don’t know, but we suspect that the Finnish government, which has traditionally been a backdoor for US-Russia conversations, is probably at work here. And of course, we know the Russian and Ukrainian delegations are talking with one another, even the Prime Minister of Israel Naftali Bennett has tried to negotiate a settlement. So there are multiple paths going on. So we don’t really know exactly what is going on inside these negotiations. The ones that seem to stand the best chance right now are the direct talks between the Russian and Ukrainian delegations and the kinds of things that have come up that at least been reported in the open-source material in the press and the media are issues about Ukraine having to remain neutral, about pledging to not join NATO or the EU remain neutral. I’m suspicious that Russia is not negotiating in good faith, or even worse, they’re not actually really negotiating. They’re using the appearance of negotiation to buy more time to achieve their main goal, which is complete control of Ukraine. It just wants to prevent Ukraine from ever becoming part of the West.

SL: Western media has been criticized for double standards in portraying Ukrainian refugees as “blue-eyed” people who deserve the world’s sympathy, but not showing the same hostility toward the 2015 European migrant refugees. From a global policy perspective, what do you make of this? Is this pushing ethnocentrism in the West?

Knapp: It’s always hard to say what are the main drivers for why certain issues get more attention than others and why not more aid, more diplomacy, and more national effort put into helping resolve these crises. I mean, clearly, there’s a long history of US involvement and concern with two World Wars in Europe and the important relationship the United States has had with European powers over many centuries in terms of its own economic growth being connected to stability on the European continent.

So you know, I think just in terms of narrow national interests, economic and security-wise, the US has more invested in what happens in Ukraine than it does in other parts of the globe, particularly in the Global South. It’s not an answer that I like giving or saying, but it does seem to be the answer that we commonly get or that we hear. At the same time, it’s hard to avoid the appearance of what looks like some form of racial preference going on. So, for a while, we were talking about the emerging civil war and ethnic conflict coming out of Ethiopia, particularly in the Tigray region. Although it has not made the news in recent days, there are over 2 million refugees there, and that number, political refugees, that number equals what was coming out of Ukraine just a week ago. Now the numbers in Ukraine are up from the last time I saw coordinated Western press accounts to three and a half million and are probably going to go higher. But not to get into a game of utilitarian comparisons, there are many other kinds of examples not just on the continent of Africa, but throughout the global south of equal importance.