Rooted in St. Louis: The Tyson Center, a research ecosystem

You cannot fit a forest into the lab, so in order to study large ecosystems, scientists must enter the wilderness. The problem is that wilderness is not so common anymore. There are few forests left untouched by humanity, and scientists are typically discouraged from burning them down for research.

Instead, they are set loose upon environmental field stations like Washington University’s Tyson Research Center. Twenty miles west of campus on I-44, the grey concrete and gas stations melt into lush oak forest.

Tyson can be used for experimentation precisely because it is not untouched wilderness. Historically, indigenous tribes regularly set fires to maintain open woodlands. More recently, the area was used as a limestone quarry, and it now lies abandoned except for the endangered bats that call it home. “This is WashU’s hidden gem,” Natural Resources Coordinator and Staff Scientist Beth Biro said.

The area was first deforested in the mid-1800s, and then again by the U.S. Army after they acquired the land before World War II. Bunkers still dot the landscape, hidden among the natural hills to avoid aerial detection.

“Part of why [Tyson has] come to be an asset for researchers is allowing them to do large landscape projects where they can manipulate the environment more, because [the area has] such a disturbed history,” Biro said.

WashU acquired the land from the Army in 1963, when it was beginning the process of reverting to the natural Missouri landscape.

“If it occurs in Missouri, we have it, whether plant, animal or insect,” Tyson Outreach Coordinator Susan Flowers said.

The environment is not just forest; the mixed Missouri woodlands open up into prairies and fields. Unique to the region are the Missouri glades, desert-like areas of rocky soil filled with prickly-pear cacti and tarantulas, many of which have been restored at Tyson.

Among all of the flora that grows there, the pawpaw is a Tyson favorite. A native fruit tree that resists domestication, its unusual custard-like fruit tastes like a cross between a kiwi and a banana — pawpaw “banana bread” is always popular when in season, as are the native persimmons. 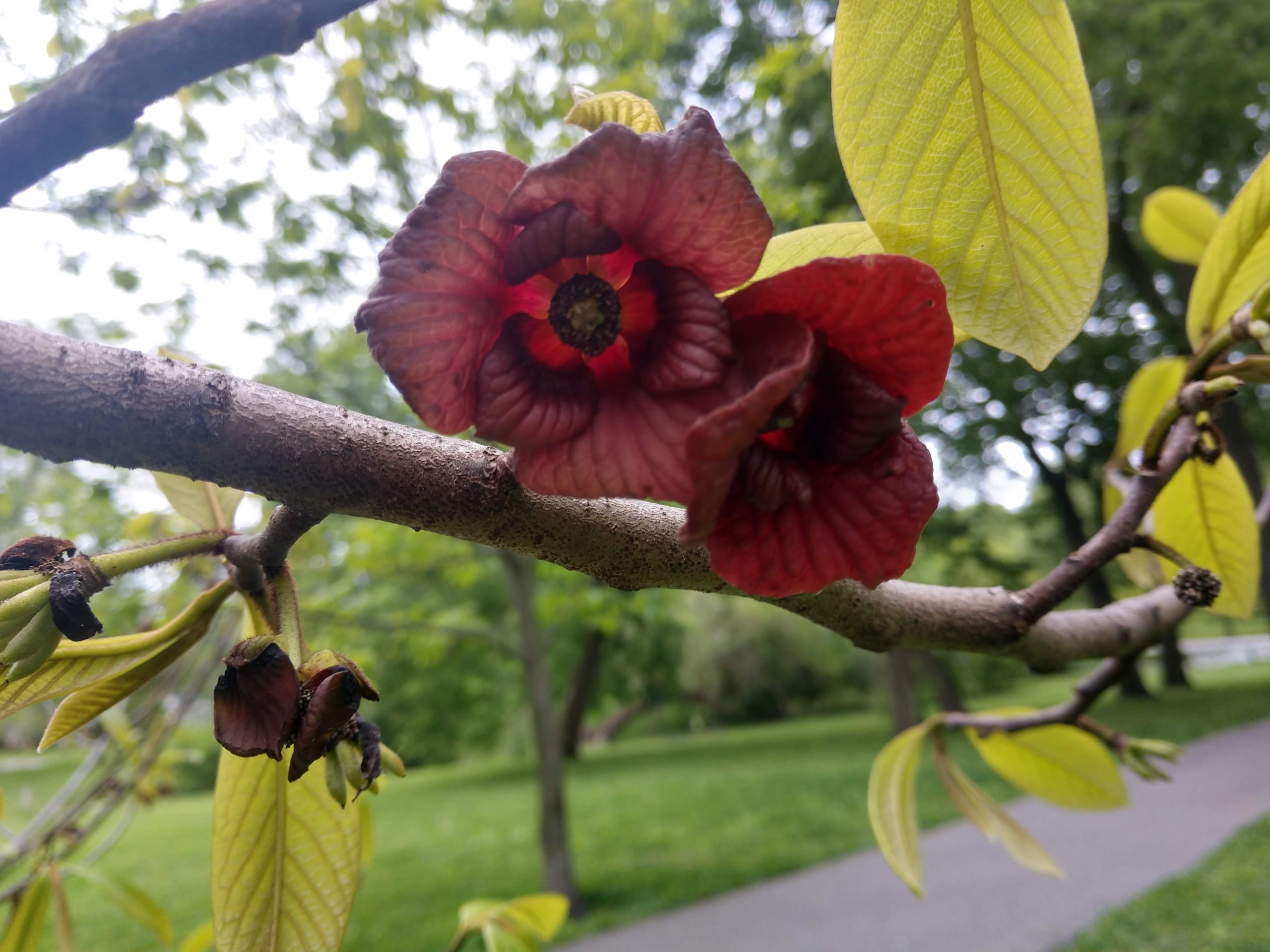 Research projects at Tyson range in scale and scope. One of the largest, spearheaded by WashU professor of biology Jonathan Meyers, is the Forest Global Earth Observatory. Organized by the Smithsonian, Forest GEO is a global network of field stations collecting long term environmental data.

“We have one plot here at Tyson, but there are 127 plots all over the world doing the same kind of thing,” Biro said.

Tyson has collected detailed environmental data since the 1980s, facilitating a multitude of projects. “What’s super cool is as soon as you do a big giant manipulation like that, you can overlay all these research questions onto it,” Flowers said.

A great example is their “experimental forest plots,” 16 two-and-a-half hectare plots organized in pairs. Every two years, as part of the Species Pool Functional Diversity project, one plot out of each pair is burned down. This allows for field research into the biodiversity effects of regular forest fires and their implications for particular species.

Staff scientist Solny Adalsteinsson studies the effects such fires have on tick populations. While scientists generally speculate that frequent fires would reduce them, “not much experimental research has actually been done,” she said.

Bloodsuckers seem to be a particular interest of Tyson Researchers: Postdoctoral research associate Katie Westby studies Tyson’s mosquito populations both outdoors and in the lab. Despite their reputation, vampiric behavior in mosquitos is limited to egg-laying females — adult mosquitos primarily feed on plant nectar.

Much of the mosquito life cycle happens underwater, intimately tied with local plant life. They are predators of bacteria who eat waterlogged plant detritus.

The various projects combine into a rich tapestry of data about one area’s conditions to be used for decades by scientists at Tyson.

Being able to collect local climatic data “is the benefit of field stations,” Biro said. “That is what we are here for. Having these types of things based at field stations where you have a constant supply of researchers and funding to keep these long term studies going is how you really can study the actual effects of climate change.”

The collection of microclimate data does involve the staff putting weird meteorological instruments in their yards — which can scare the neighbors — but they’re happy to do it.

Building a research community is a key priority for the Tyson educational program.

“We want to be bringing people in rather than weeding them out,” Flowers said. Tyson is not just an ecosystem of plants, bugs and bears. It is a community of scientists and students, researchers local and global, where humanity and the natural world collaborate.

Read more from the Rooted in St. Louis series:

Rooted in St. Louis: Behind the scenes with Cody Azotea