‘We’re out there looking for the best people in the world’: WashU’s race and ethnicity cluster hire continues 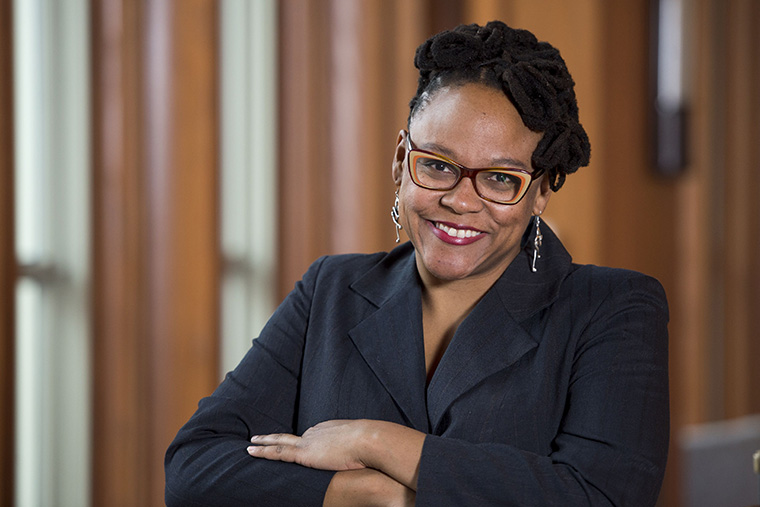 Women, Gender and Sexuality Studies Chair Rebecca Wanzo is helping to lead the second round of the University’s race and ethnicity cluster hiring initiative. (Courtesy of the Source)

After four faculty members were recruited or promoted in the first round of Washington University’s race and ethnicity cluster hire initiative, the second round is well under way as the University continues pushing toward its goal to build a world class research program on race.

Co-chair of the second round of the initiative Rebecca Wanzo, who also chairs the Women, Gender and Sexuality Studies department, said she was confident that the University is committed to the program.

“I think they want to be a leader in studies of race and ethnicity, nationally and internationally,” Wanzo said.

“I think that a commitment to hiring in these fields is a commitment to the fact that there needs to be more knowledge and scholarship in these areas because so many people are not informed about the history of race in this country,” Wanzo said.

One specific aim of the initiative is to hire people whose work is relevant to the unique challenges of St. Louis. Adrienne Davis, former vice provost for faculty affairs and diversity and co-chair of the first round of hiring, said that St. Louis’ diverse cultural history is a benefit of the program.

“Frequently when we think about race in St. Louis, we always think about the deficits, but when you look at the cultural aspects you really see race as an asset,” Davis said.

WashU is not alone in attempting to build a research program on race. University of Michigan will hire 20 tenure-track faculty over the next three years who are well-versed in structural racism and racial inequality. Indiana University created a Racial Justice Research Fund to support staff in their research and host a Racial Justice Research Workshop series. Davis stressed that WashU will have to compete for the best professors.

“We’re out there looking for the best people in the world, but so is everybody else,” Davis said. “We’re going to have to really, really up our game, not only on the recruitment, but also on the retention piece of it as well.”

The program’s goal is not only to hire the best talent, but to hire scholars that can build connections, do collaborative work and be a support system for each other. While African American representation on the University’s faculty has generally risen over the past decade, Olin Business School had zero African American full-time faculty in fall 2020, according to data released by WashU last year.

The ultimate goal of the cluster initiative is to build up the learning and teaching of race at WashU. Wanzo believes that this goal will come to fruition.

“We’ve had fantastic faculty who teach classes that are incredibly popular, and students who’ve had a chance to do research and learn from them,” Wanzo said. “This is something that we hope will continue, and we know will continue with this cluster.”

Even though administration started the initiative and will make the hirings, Davis noted that students jump-started the process with their activism and advocacy.