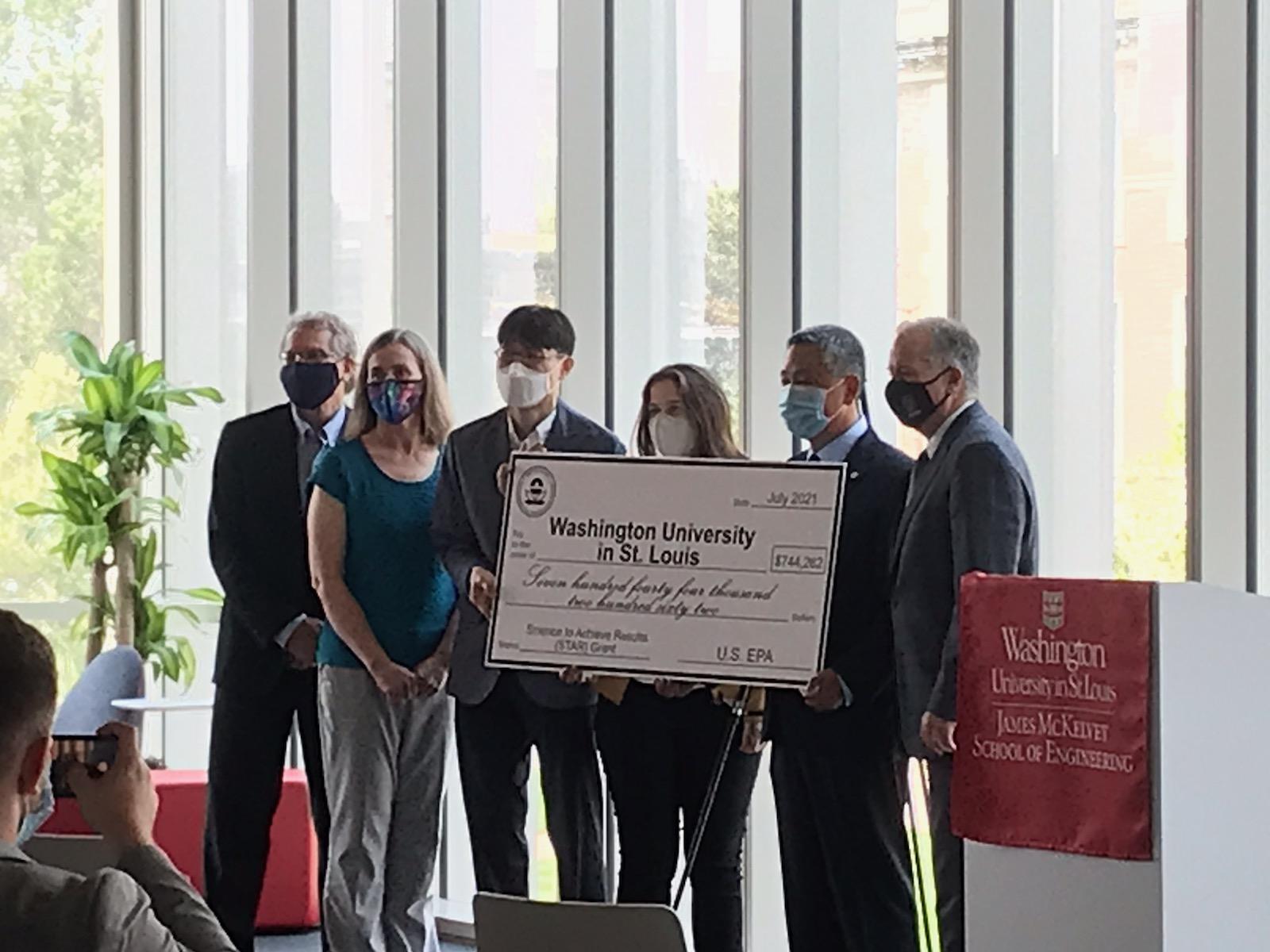 Moon’s process involves designing synthetic DNA and engineered cells from microorganisms such as bacteria or yeast. These engineered cells could potentially be used for biofuel generation or various medical applications.

Moon compared his current project with the popular movie series “Mission Impossible,” where a secret agent goes on wild assignments in order to save humanity. Each mission order is contained within a pair of glasses that the agent wears. When the mission is successfully completed at the end of each movie, the glasses break and the story remains a mystery to the rest of the world. Just like the Mission Impossible glasses, Moon’s microbes will be destroyed once they finish their job.

“The bacteria completes the mission — that could be bioremediation or plastic conversion — and then a computer program would ‘kill-switch’ the bacteria to no longer exist in the environment,” he said.

A project of this magnitude would be difficult to tackle alone, and so teamwork is essential to Moon’s approach. He and his lab are working alongside Kimberly Parker, assistant professor of energy, environmental and chemical engineering. “If you want to go fast, go alone; if you want to go far, go together,” Moon said. “And so I decided to go together.”

The main goal of Moon’s research is to harness bacteria to “eat” plastic and waste, synthetically developing microorganisms that can clean pollutants and pathogens. This would reduce carbon emission levels by eliminating the need for incinerators and other carbon-emitting disposals.

Not only is Moon achieving awe-inspiring success, he is doing it while overcoming challenges in his personal life. A misdiagnosis and prescription for the wrong medication several years ago left Moon with severe side effects and chronic pain.

“I faced a lot of health issues — I literally was dying,” he said.

Days of visiting one doctor after another to no avail and too many nights of restless sleep strained Moon’s work and family relationships, he said. But he was unwilling to let this hinder his pathway to success.

“Once quarantine hit, and to take my mind off the pain, I decided to get ahead and apply to several grants — one of which is the EPA grant I recently was awarded,” Moon said. Including the EPA grant, Moon has received almost $3 million in funding so far.

While Moon is certainly dedicated to his research and lab, he enjoys a variety of other hobbies. The 1980s video game PacMan, for instance, is a favorite pastime. Moon savors days where he can secretly spend hours in front of the computer playing the childhood nostalgic game. “One day [I played] from 9 a.m. in the morning to 7 p.m. in the evening with only one lunch break in between,” he said, laughing.

Moon also likes to wind down from long days at work by watching the popular TV show “America’s Got Talent,” finding the unexpected breadth of talent extraordinary.

“It is so inspiring, and basically everyone is a dreamer,” he said. “I believe young people should dream.”

This belief holds true in the biology world, where Moon advocates for the younger generation to speak out about their innovative ideas and projects through his new seminar series, Synthetic Biology Young Speaker Series. The format reverses the traditional structure of a seminar by giving young professionals 40 minutes to speak and Nobel Prize winners only 5 minutes.

Moon firmly believes that the rising generation’s understanding of energy and the environment is vital for the future advancement of society.

“[This is my] mission for the next decade: helping young people,” he said.