‘It’s almost become a public forum’: How the class of 2023’s GroupMe evolved over a tumultuous year

It all started with an argument, sophomore Camden Dyer explained. Two people had been sending angry messages back and forth about something or other until, he recalled, one of the participants called out a third party for cheating on their partner—completely unwarranted. In a small group chat, such a personal remark would have definitely been rude, but considering the two were in a group chat with over 800 people, the incident was nothing short of nasty. 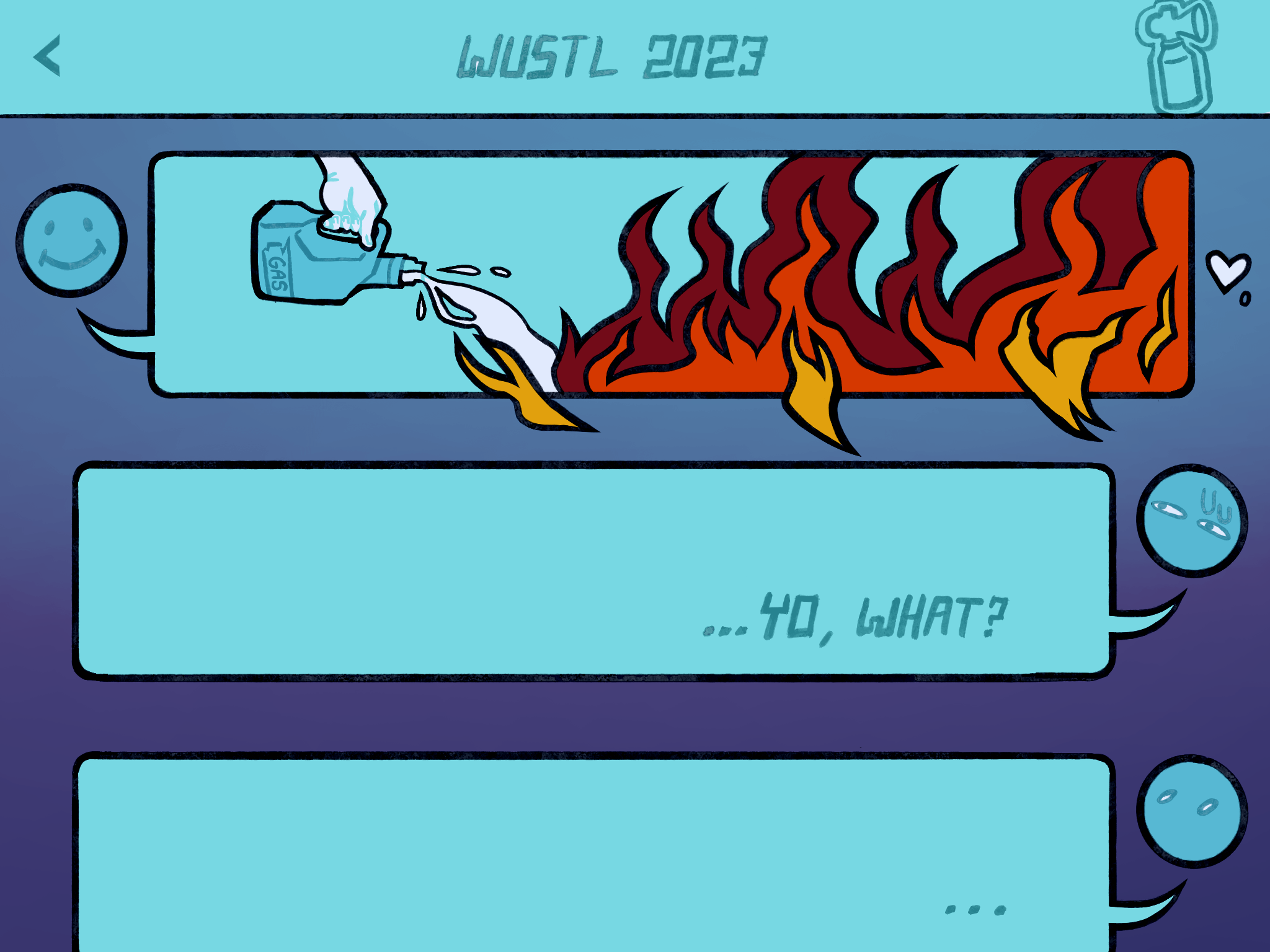 The GroupMe for the class of 2023 has frequently been a source of controversy. (HN Hoffmann/Student Life)

To Dyer, this was the moment that the GroupMe for the class of 2023 shifted. The chat, once benign, was now absurd. It also turned into a source of entertainment for many, and it has only grown in infamy since.

A GroupMe for a class year is hardly an uncommon thing at Washington University; there’s one for every grade. But whereas most group chats of this type wither away after freshman year, the sophomore chat is currently still thriving with daily activity amongst its 836 members almost two years after its inception.

This unusual longevity can be traced in large part to the ongoing pandemic, which put a damper on the end of the class of 2023’s freshman year. Once students were sent home, the group chat became more active as members used it to both stay updated on current events and to try and maintain some social interaction while remote.

“I was at home last semester,” said sophomore Charlotte Linnartz, “and even being in [the GroupMe] made me feel like I was still part of the Wash. U. community.”

In addition to feeling connected with her class, Linnartz also explained that she likes being in the group chat because of its generally helpful environment. Many members of the GroupMe use it to ask questions and get advice, promote a fundraiser or get responses to their surveys for a project.

Although the group chat has helped the University’s sophomores stay connected socially in the pandemic, most would agree that it seems to be on the decline, at least when it comes to the quality of the interactions found there.

“I feel like it’s atrophied significantly,” said Dyer, who joined the GroupMe at the beginning of his freshman year. “It’s some sort of sh*tposting machine with other things mixed in. It’s not a productive or functional group chat.”

Indeed, if one were to look at the 2023 GroupMe they would find all kinds of messages, from memes to class questions to self-promotion, but typically not much that would represent an actual conversation. For example, the most recent posts in the chat are questions about loud sounds in the Village and subletting over the summer. But that doesn’t mean the group chat is a stranger to serious discussions.

“It’s almost become a public forum, in a weird way,” said sophomore Eli Nirenberg, referring to the numerous discussions the group chat has had about topics such as reopening, Greek life and racial justice. “It’s actually helped inform my understanding of where the campus is at, on how we feel about dialogue and debate.”

Despite efforts from some members of the group chat to earnestly engage in productive conversation about serious issues, however, GroupMe is a social media platform, one that doesn’t quite lend itself to natural interactions.

“It’s very easy to have a snidey, back-and-forth, very argumentative thing, where you can have even sometimes personal slights occurring,” Nirenberg explained. “People just go in for the drama, and I think that that’s not something that happens in person. It’s much easier for people to just sit back and watch.”

With the class of 2023 group chat being so large, any disagreement that takes place there almost inevitably turns into a spectacle, with many people simply acting as spectators.

“As someone that does often get bored and go to the group chat to entertain myself, it is a form of entertainment,” said sophomore Abayomi Awoyomi. “It makes me laugh more than it makes me frustrated.”

The drama isn’t always entertaining, however, which is one of the reasons for the group chat’s infamy. Sometimes people want attention, so they’ll wait for a relatively peaceful moment in the chat before saying something shocking or disturbing, according to sophomore Christine Muoghalu. Often covered by a fake name and profile picture, these students will start discourse, usually at the expense of the members of marginalized groups present in the chat.

Most recently, this occurred in the form of an anonymous student “earnestly” asking whether or not it was okay to compare Black people to orangutans, which immediately embroiled the chat in a long discussion about anti-Blackness. The troll was promptly removed, but that doesn’t mean the end of these kinds of occurrences in the group chat.

“We have a lot of ignorant people in the chat,” Awoyomi said. “It’s not the best reflection of our class.”

Even with the presence of trolls, and despite its reputation, the group chat isn’t all bad. On a good day, you may find a lovely chain of dog pictures or a poll about food.

“People, at this point, are taking [the GroupMe] a lot less seriously,” said Muoghalu. “People expect it to be ridiculous.”

And some would argue that ridiculousness is exactly what the University needs.

“It’s nice to see other people who aren’t afraid to make somewhat of a fool of themselves,” Dyer said. “I feel like people take themselves too seriously sometimes, so I appreciate that. I wish I saw more of that on Wash. U.’s campus.”