‘Identify those interactions that they find to be the most valuable’: Doctor talks the pandemic, physical contact and the long-term effects of loneliness 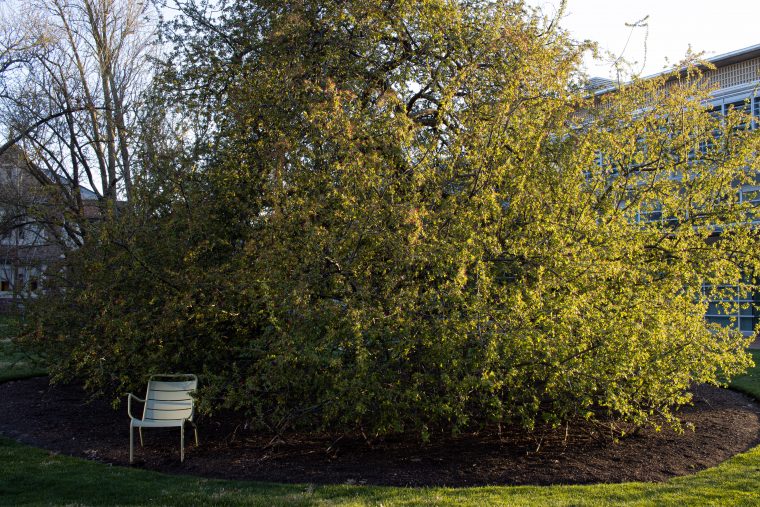 With the light at the end of the tunnel growing brighter each day and the hope for a more typical year next fall, it’s important to remember that we are still in a pandemic. COVID cases across the country have been steadily rising again, as Americans jump the gun on relaxing restrictions. Back in February, amidst cold snowy days that kept most students inside, I spoke with the Assistant Director of Mental Health at Habif, Dr. Jordan Fields, about loneliness and isolation. Fields has since left the University, but with at least a couple more months of social distancing and Zoom calls in our future, it seemed appropriate to revisit his take on the impact of the pandemic on our emotional well-being and his words of wisdom on how to endure the mental toll of reduced socialization.

Student Life: Do you think a lack of face-to-face contact affects mental health?

Jordan Fields: So that’s a loaded question. It’s complicated, because it’s not just face to face contact. There’s a part of our social interaction that is about the meaning that we derive from our interactions. And for many of us, we do find that we derive more meaning and more benefit from our interactions when they are face to face, but it’s not necessary—people can also experience a lot of satisfaction, and a lot of meaning from those interactions that occur virtually– it really is on a person to person basis.

SL: What about physical touch? Is “touch starvation” a real thing?

JF: Absolutely. Physical contact is a very important part of interactions, and that is one of the primary things I think people do miss. From a young age, physical touch is really important—mothers and infants, for example, have oxytocin released on contact. [Oxytocin] is considered a relationship-making hormone early on, and even as an adult. Having simple physical contact, even a hug, can be really important for developing connection and for physical well-being.

SL: So is it worth it in some aspects to risk your physical health, in order to save your mental health in terms of, say, having a limited amount of face to face relationships?

JF: I would err on the side of physical health. Primarily because if you contract COVID, the ramifications can be much more far reaching for your health overall. There are people who contracted [COVID] who don’t die, but because they’ve been placed on a respirator will have severe physical health consequences for the rest of their lives. Due to that, I would say that I would not risk it if it were myself. But I know that particularly in a college student population there’s a lot of change and trying to develop and create new friendships, or trying to maintain friendships. There’s a lot of talk about pods—and maintaining that physical connection with those individuals in that isolated pod of people would be one of the best ways to engage in physical interaction of some sort.

SL: You’re talking about long term-effects on physical health, will there be long-term effects on mental health as well due to prolonged loneliness?

JF: I can’t say one way or the other. I think an important thing to talk about is the fact that social isolation and loneliness are not the same thing. Just because a person has a decreased frequency quantity and quality of their physical or their social interactions with people, does not necessarily mean that they’re going to be lonely. That’s why it’s kind of tricky, that question, because learning to be able to be alone and continuing to be emotionally well, is a skill and something that actually I think benefits people far beyond just having physical and social interactions.

SL: What kind of practices would you suggest to learn that skill of being alone?

SL: Is there anything that you think is important to add in terms of loneliness, relationships, the pandemic?

JF: I think that something that I would recommend for people to do––particularly those who are struggling with loneliness––is to think about the interaction that they have, [and] identify those interactions that they find to be the most valuable, the most fulfilling. I’d also think about what types of activities, whether they’re with people or without other people, that make them feel whole, and that they enjoy thoroughly. The more that they can be fully engaged with what they’re doing, that can help significantly with those feelings of loneliness.