Displayed on the home page of Xi’an Famous Foods’ website are mouthwatering images of hand-ripped noodles, spicy dumplings and brimming bowls of soup. Behind the pretty pictures, however, lies the father-son duo who put in years of hard work.

Jason Wang, Washington University class of 2009 and graduate of Olin Business School, is the son half of the pair. Wang explains that going into the restaurant business was never his family’s original plan for him. Wang pointed to the first-generation Asian-immigrant stereotype, where the younger generation is supposed to go into a professional career, not a labor-based one. By going to Wash. U. and studying Finance, Marketing and Entrepreneurship at Olin, Wang started on the path to one such highly-regarded career in business. Wang’s father, David Shi, started Xi’an Famous Foods as a “hole-in-the-wall” bubble tea shop in the Flushing neighborhood of New York City during Wang’s first semester at college, thinking that bubble tea was trendy enough to sell. But for loyal customers, there existed a “secret” menu of traditional Western Chinese cuisine—pork burgers and noodles reminiscent of their family’s hometown, Xi’an, where Wang lived until he turned eight. Soon, the food became more popular than the bubble tea.

During winter breaks, Wang worked at the shop and, during the summer between junior and senior year, he started learning how to cook the dishes for his friends back at school. At the time, he was living in Wash. U. housing and had access to a kitchen. He remembers his roommate coming home to chaos in the kitchen as Wang experimented with noodle dishes. “[The food] is pretty labor-intensive to make and easy to mess up,” he explained.

After graduation, however, Wang kept on his intended career path by working for merchandising at Target in Minneapolis. Meanwhile, Wang was distracted by his father’s expanding noodle shop, and didn’t fully focus on his nine-to-five. “My mind was in New York,” Wang said. 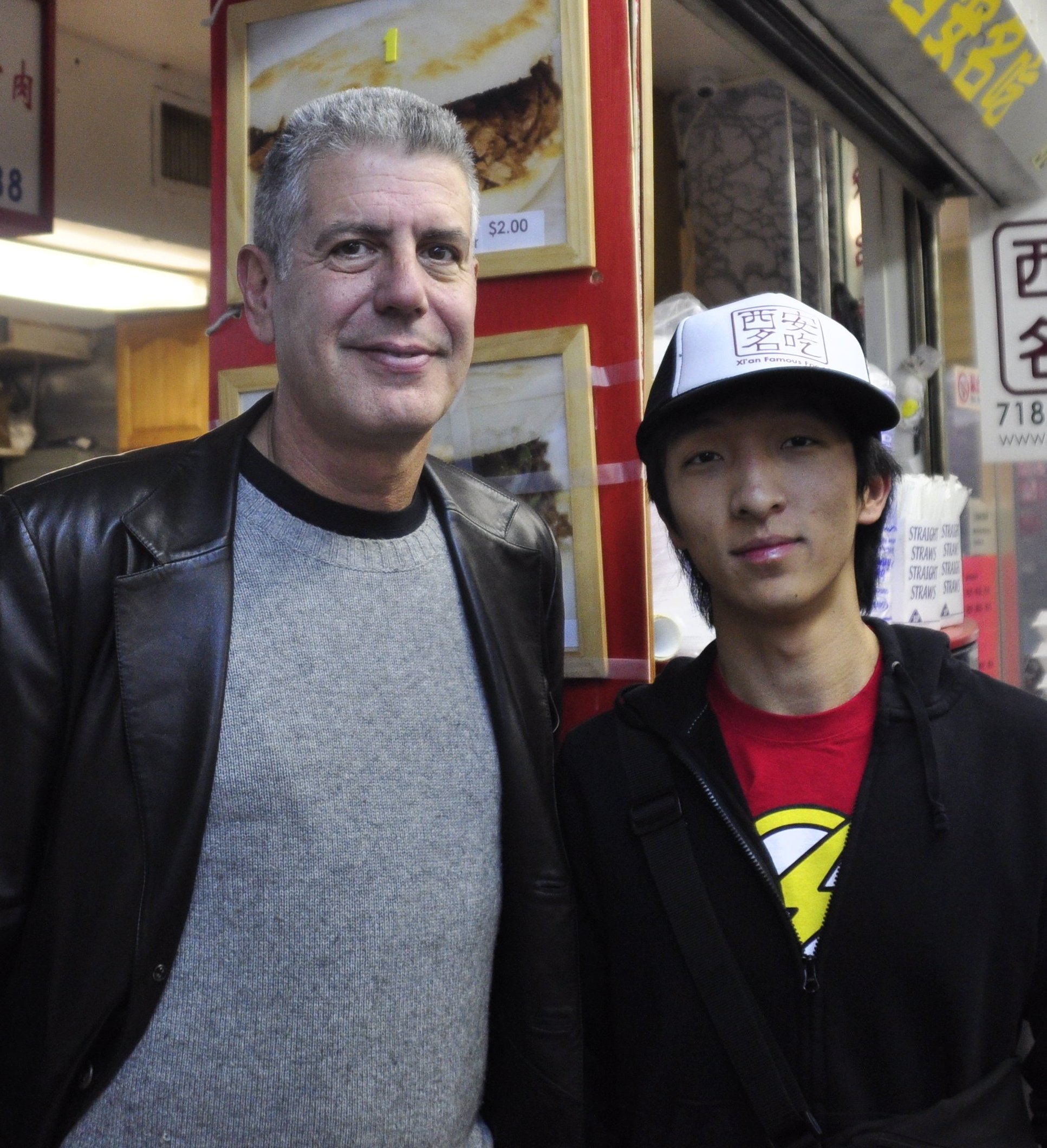 Finally, he just packed up and drove to New York, jumping into the fray of Xi’an Famous Foods. As the shop continued to attract attention, (notably from Anthony Bourdain in 2007), Wang and his father worked frantically to keep up. Wang was working 13-hour days, seven days a week in the kitchen.

“I [would] sometimes go away for lunch and just sleep in my car for a couple of hours and then go back to work for the night,” he recalled. “That was the first three years.”

After a few years, when Xi’an Famous Foods began to expand from a hole-in-the-wall shop to four locations, Wang turned back to his training in business to start managing the company from up top. Now he serves as both the CEO and the only customer service representative. His work with Xi’an Famous Foods made him one of five nationwide nominees for “Outstanding Restaurateur” at the 2020 James Beard Awards, which highlights “a restaurateur who demonstrates creativity in entrepreneurship and integrity in restaurant operations,” according to its website.

Throughout his years running the company, Wang has found that although his Wash. U. schooling didn’t prepare him for the exact situation he was in, it gave him enough background to find his footing in the industry.

“I could definitely engage in conversations with the other partners in the business because of my education,” he said.

Wang also gave credit to the few classes he took during college that weren’t business-oriented, such as psychology. “Sensation and perception, consumer behavior, they’re all tied together,” he said.

On Nov. 19, Wang will return to the University virtually. In conjunction with the Wash. U. Alumni Association and the WashU Asian Alumni Network, Wang will complete a demonstration of a meal from his new cookbook. Although he can’t do so from the Wash. U. kitchens, Wang will release the recipe and ingredients for his chosen dish, Hong Shao “Red Braised” Pork Spareribs, beforehand, so attendees can follow along at home.

But back in New York City, Xi’an Famous Foods is struggling through the COVID-19 pandemic, which has inspired some creative thinking in order to keep the company afloat. Though nine out of ten locations are reopened, the typical drop in customers motivated Wang and his father to develop meal kits that can be shipped across the country. Additionally, the duo released a cookbook detailing recipes made in their kitchens, along with the story of Xi’an Famous Foods.

“We’re in a good position to pick up where we left off,” Wang said.